Home Depot, what were you thinking?

The home improvement retailer tweeted an extremely offensive -- and racist -- photo from its official @HomeDepot account on Thursday, accompanying a promo for College GameDay, which it sponsors:

The company scrambled to delete the tweet, which it called "dumb," and subsequently apologized.

"We have zero tolerance for anything so stupid and offensive," Home Depot tweeted. The company assured customers that both the marketing agency and the individual who posted the tweet have been terminated, though it didn't reveal the name of the agency.

"We’re also closely reviewing our social media procedures to determine how this could have happened, and how to ensure it never happens again," Home Depot spokesman Stephen Holmes said in a statement to The Huffington Post.

As the outrage has ramped up, Home Depot has been on damage control, copy/pasting the same apology to everyone who's talking about the racist tweet: 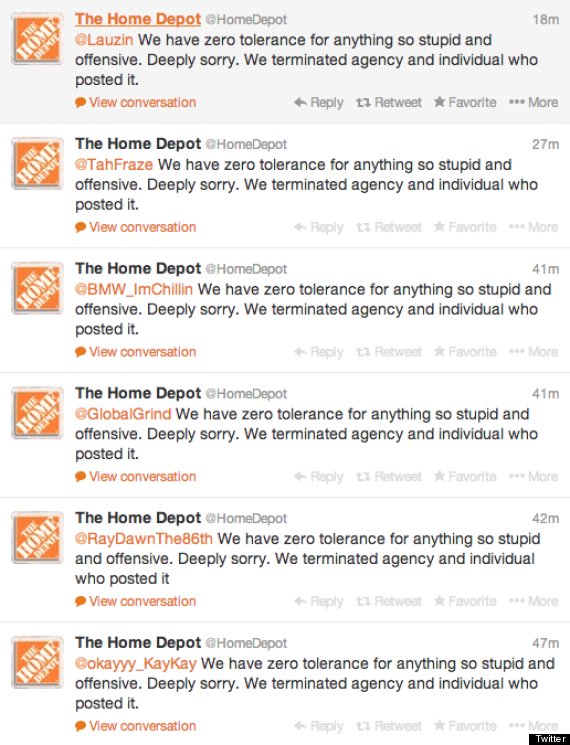