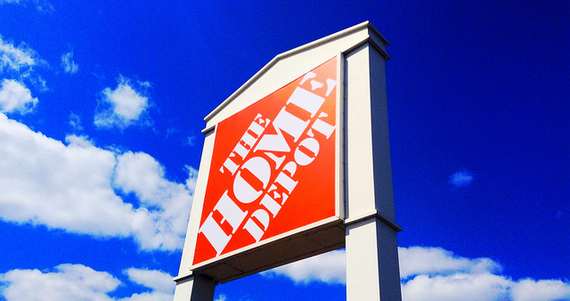 Massive crises catapult a company's name into the headlines at every major news outlet around the country. In terms of pure brand exposure, these events are priceless. Weeks after announcement of Home Depot's security breach, the story continues to generate news and discussion.

As a result, Home Depot has had an incomparable opportunity to express a human side of its brand and to demonstrate how it really puts customers first. However, while that customer-first slogan is stamped all over the store, it was not a guiding principle in Home Depot's crisis management strategy.

Instead of building trust with customers, Home Depot chose to communicate very little with the public, distributing only a few carefully-worded press releases. Considering that trust in big business is near all-time lows according to Gallup, Home Depot's head-in-the-sand crisis management approach is more costly than it might appear.

Crisis management is a discipline that was developed almost exclusively to mitigate legal and financial liability. That's because a crisis inevitably meant that a company was at fault. For example, when children became sick from drinking contaminated milk, an investigation would reveal either human or mechanical error that caused the contamination.

Consequently, traditional crisis management is governed by fear and propels everyone from the CEO to the most junior-ranking public relations employee into a state of anxiety.

That anxiety causes companies to pull inward and focus on internal discussions. Seeking safety and comfort, leaders solicit approval from peers and managers and consequently focus very little on external audiences. Instead of listening and responding to customers' concerns, company leaders prioritize internal discussions and distribute only a minimum of information to customers.

After 9/11, then-mayor of New York, Rudolph Giuliani defied every formally prescribed standard of crisis communications by speaking to the public before he had all the answers.

Giuliani instinctively knew that connecting with people earnestly and authentically was more important that having all the facts. During his press conferences, he built confidence through candor, openly telling reporters: "Here's what we know, and here's what we don't know."

Perhaps the larger lesson for business leaders is that Giuliani was unencumbered by guilt. Therefore, he could focus on connecting with people, not protecting his image.

As a result, Americans turned to Giuliani for leadership -- not because he had all the facts and not because he wrote the most beautiful press releases -- but because he prioritized citizens' emotional needs during a stressful and uncertain time.

Home Depot, on the other hand, reverted to some of the most outdated and unprofessional behaviors during its recent crisis. There were no candid discussions with the public and almost no engagement on any of its social media channels. In fact, days after the breach was announced, Home Depot's Twitter feed focused almost exclusively on an award promotion.

According to the 2014 Edelman Trust Barometer, businesses must focus on regaining public trust. The categories in which consumers explicitly stated companies must improve include: "listens to customers, treats employees well, is ethical, transparent and open, and puts customers before profits."

However, Home Depot did not even alert its own customers of the breach. According to the New York Times, a security blogger, Brian Krebs, broke the story on September 2.

After Home Depot issued a scant press statement to confirm the breach, the company remained silent for six full days while the KrebsonSecurity website provided detailed updates including the number of Home Depot retail locations impacted, the type of malware suspected and the fact that banks saw a spike in PIN debit fraud.

For several days, Home Depot's retail website did not contain any reference to the breach. As a result, KrebsonSecurity became known for trust and credibility while Home Depot remained distant and aloof.

These modern crises are not events that are caused solely by negligence. And they are not events that only affect one company's customers. These are social crises because they affect how people go about their lives. If businesses fail to restore confidence, these events can trigger massive changes in consumer behavior -- such as a reluctance to adopt new technology in the future or even a retreat from current technology platforms -- which would be extremely expensive for businesses.

The days when companies could afford to focus inward during a crisis and wordsmith press releases are gone. This time, Home Depot's mistakes won't cause an immediate customer revolt, but those mistakes did tarnish the brand in the most subtle of ways. That once bold brand that stood for DIY empowerment is now a place to buy lumber.

If Home Depot had established itself as the most credible source of information about this breach from the beginning, the brand could have bolstered its status as America's trusted partner for home improvement projects. Just as Giuliani became a symbol of American resiliency, so Home Depot could have become the symbol of consumer confidence. No amount of advertising can make up for that missed opportunity.