Albert Clemens, Sr. has lived in his Euclid, Ohio home for more than 60 years, and he's always enjoyed it.

He bought the place as a newlywed with his late wife, and says he'll "live and die in this house," according to Cleveland.com. But over the past year, Clemens has been living a "nightmare" he can't wake up from: Almost every night, his home is pelted with eggs.

Several times a week, the 85-year-old and his live-in son and daughter wake up to eggs smashing against the aluminum front door. Even with the help of police, the family haven't been able to identify the culprits, who may be launching the eggs from a block or two away.

"The accuracy is phenomenal," Clemens told Cleveland.com. "Because almost every time when it's nice weather and they launch five or six of these at a time, they almost invariably hit the front door." 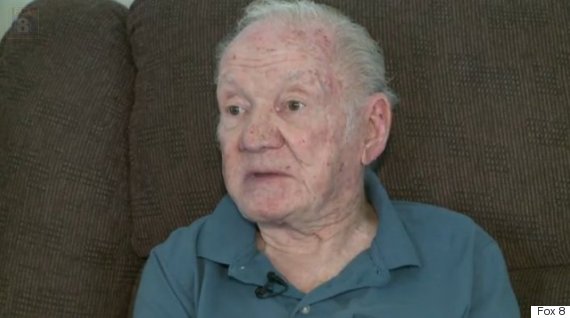 Clemens used to clean up the mess, but the eggings are so frequent that he's given up. The perps send the eggs zipping against Clemens' house as late as 2 a.m., and they'll sometimes use other projectiles such as apples, oranges, lemons, grapefruits and canned goods, according to Fox 8.

The home's aluminum siding has been destroyed by dried egg residue and its paint is noticeably peeling. His insurance company won't pay for repairs until there's been an arrest for vandalism, Syracuse.com reports.

Police have been exhausting their efforts, too. They've reportedly staked out the property, canvassed the neighborhood and even tested the eggs to determine their origin. They're also offering a $1,000 reward for a solid lead and say that the damage to the home makes this crime a felony.

"We're not going to let it go," Euclid Police Lt. Mitch Houser told Cleveland.com. "We'll continue to put effort into it until we figure something out."