Little by little, the crazy is returning to financial markets.

Borrowing money against your overpriced home in order to gamble in the stock market is the sort of bananas thing people did before the housing bubble popped and the stock market crashed. But a story published on MSN Money and the financial-news website Benzinga earlier this week encouraged people to do just that.

Specifically, author Jonathan Yates suggested you could take out a home equity line of credit and use the money to buy shares of hotel real estate investment trusts, which pay dividends that might be higher than the interest you'd pay on your loan. Then just sit back and wait to be rich. Try not to think about how stock prices are at all-time highs after a five-year bull market, or about how home prices have been inflated by Wall Street investors, putting them totally out of line with normal incomes again.

And try not to think about this factoid, from Wall Street Journal personal-finance columnist Jason Zweig (who is obviously just jealous he didn't think of this genius idea first):

Zweig and many others denounced this terrible, terrible financial advice widely and thoroughly almost immediately after it was published. TheStreet.com's Herb Greenberg called it "the scariest thing I've read in a long time."

MSN wisely took the story down, though it's still up on Benzinga. It is also still available on the heavily trafficked Yahoo Finance.

But just in case you happened to see the story, missed the village stoning, and think this approach might be your ticket to riches, let me just say:

DO NOT DO THIS.

Still not convinced? Maybe this handy flowchart will help you in your decision-making process: 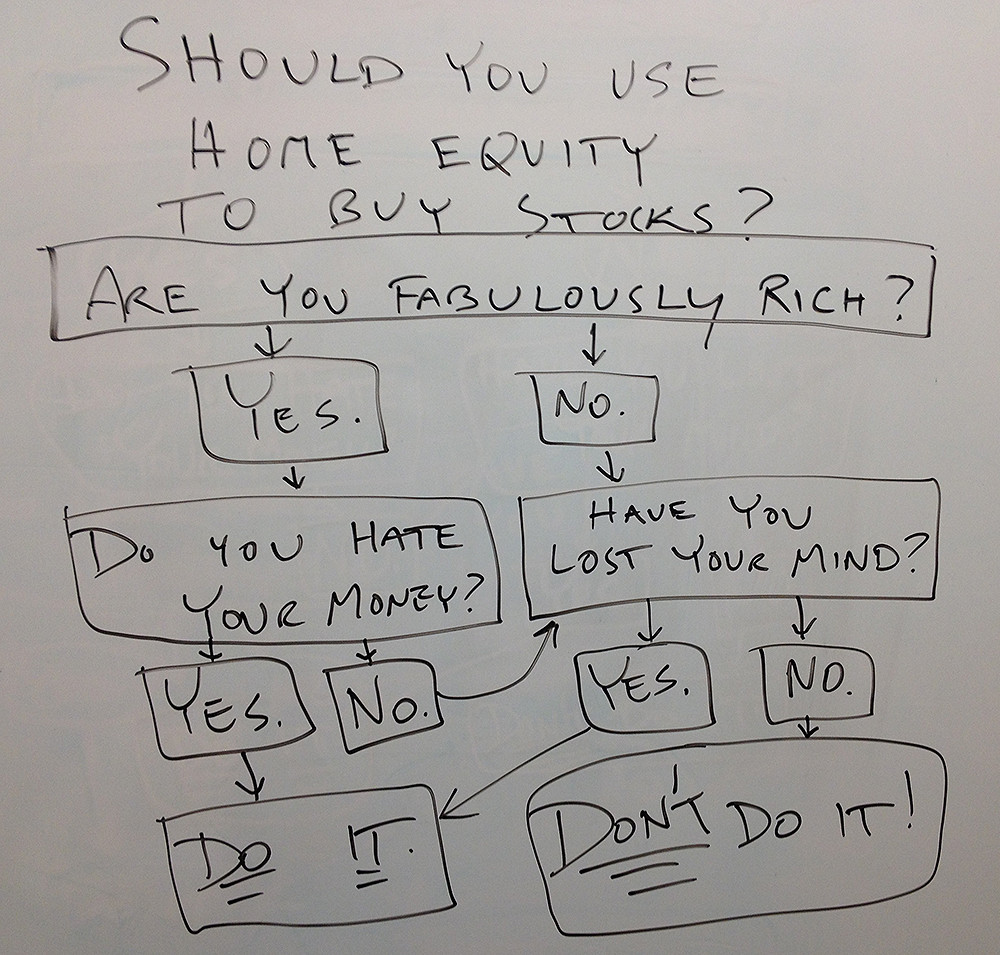 An simpler approach could be to set your house on fire and collect the insurance money. Although you could also, as MarketWatch reporter and aspiring financial planner Ben Eisen pointed out, stay in a hotel after your house has burned down, which will nicely boost the value of those hotel REITs.

There's no evidence yet that anybody has actually taken this terrible advice, or that the stock or housing markets are about to crash. But this is the sort of thing that starts to happen more and more frequently the less detached from reality markets get.