Pluto has a big heart and now we've captured it. The New Horizons team has named the distinctive heart-shaped feature splayed across the newly clarified surface of the dwarf planet the Tombaugh Regio to honor Pluto's Earthly discoverer. 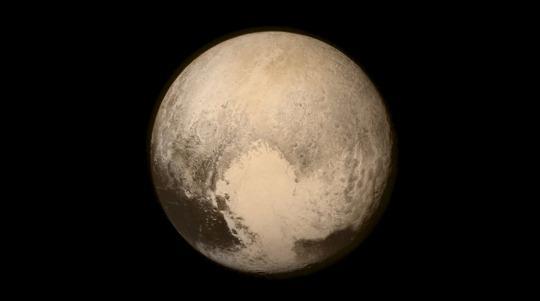 Right now, as surprising and enlightening data continues to stream back to Earth from the New Horizon space probe, we heart Pluto and apparently Pluto hearts us. In fact, it's a full-blown love affair, but it will not last, because there's no future that we Earthlings can envision being a part of.

Understanding Pluto in all its new-found complexity is all about deciphering its past: how old - or young - are the ice mountains, why aren't there any impact craters, and how did tiny Pluto end up orbiting the sun just beyond our gas giants?

We will continue to ask and hopefully answer questions like these, but eventually our delight with everything Pluto will diminish, as has our interest in every other object in our solar system where we've sent remote explorers - except one.

Mars was a world thoroughly imagined as a place where life - i.e. the Martians - flourished long before NASA's first Mars probe, Mariner 4, flew past exactly 50 years to the day before New Horizons flew past Pluto. Prior to that Mars, like Pluto, was a vague, fuzzy disk that could only be explored via Earth-bound telescopes.

When photos from Mariner 4 and subsequent Mars probes revealed the varied typography on Mars, including evidence of past water flow, we leapt from imagining Martians as an alien species to imagining ourselves as the future Martians. NASA began planning human missions to Mars, intended to follow fast on the heels of the Apollo moon missions (subsequently derailed by budget cuts).

Now scientists have seen water on Pluto also - ice mountains and pooled water, but "there is simply no way life could survive on the surface of Pluto."

The distant worlds that make up our solar system may in fact be teeming with life - primitive organisms that thrive in what we'd consider inhospitable, even lethal environments, but it's not life as we know it. It's not us.

As a spacefaring world, we have become increasingly focused on finding a world that could be engineered for human habitation. Mars remains the leading candidate for human expansion in the universe.

Mars is a difficult world to love. We do not heart Mars and it does not heart us. In fact, it will kill us if we don't thoroughly prepare ourselves for survival there. But it's the only planet that beckons not just our best space hardware, but us. Becoming Martians, not Plutonians, is our likeliest planetary destiny.

While our ongoing study of Pluto is focused on its past, Mars exploration looks to the future, specifically toward human missions to the red planet, with ongoing remote missions to help us learn what we need to know to make Mars a place we might soon visit, and eventually colonize. 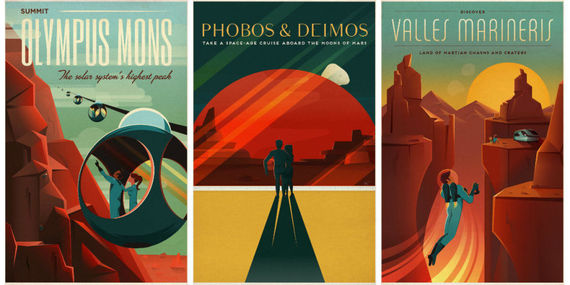 As popularity of the SpaceX travel posters recently released attests: We want to stand awestruck in the shadow of towering Olympus Mons. We want to glide and gawk over the impossibly long and deep Valles Marineris. We want to swoon under not one, but two moons in the dust-laden sky. We want a planet with seasons, at least a trace of oxygen in the atmosphere, and abundant underground water. We want a temperature we can dress for - and survive. We'll figure out how to deal with radiation exposure and a near-vacuum atmospheric pressure that will boil our blood, but then we're good to go.

Mars remains the tough-love object of our desire, and no expanse of heart-shaped terrain on a cold, dark world, where phoning home just to say "I love you" (and receiving a reply) can take up to 9 hours, is going to deter us from our pursuing our goal.