According to a new report by the Bipartisan Policy Center, a Washington think tank, the housing crisis has eliminated large gains in home ownership among blacks and Latinos. 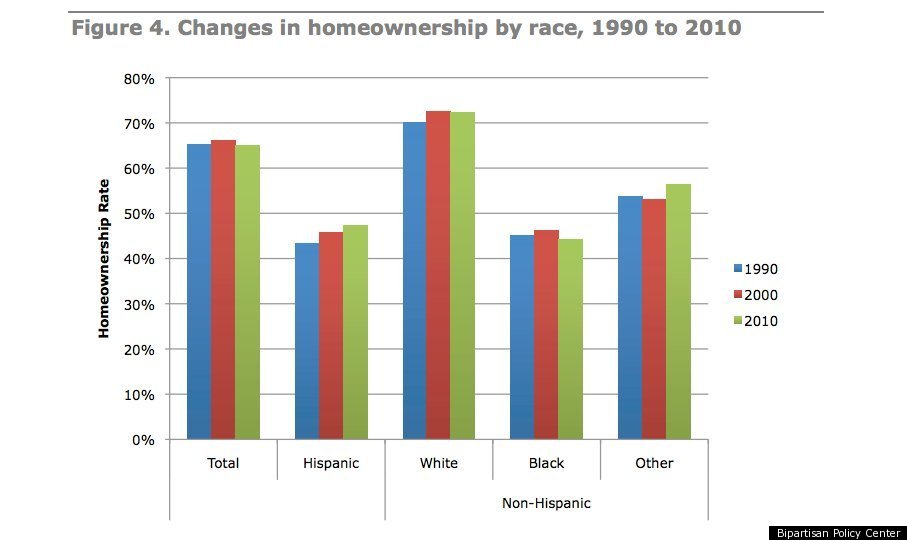 The study also said that the homeownership rate among blacks now trails that of whites by nearly 28 percent, higher than the gap in 1990.

That decline in homeownership has been disastrous for the wealth blacks and Latinos. Between 2005 and 2009, Latinos lost two-thirds of their median household wealth, while blacks lost more than half, according to a study by the Pew Center.

Other researchers have found that during the housing boom, blacks and Latinos were at least twice as likely to receive high-interest loans even after adjusting for the borrower’s incomes and the loan amount.