Half of U.S. states don't require home-school students to be vaccinated against diseases that include measles, chickenpox and hepatitis B, according to an organization that advocates greater oversight of home schooling.

Amid a recent measles outbreak that has infected more than 100 people in 15 states, politicians, public health officials and researchers have called on parents to vaccinate their children. 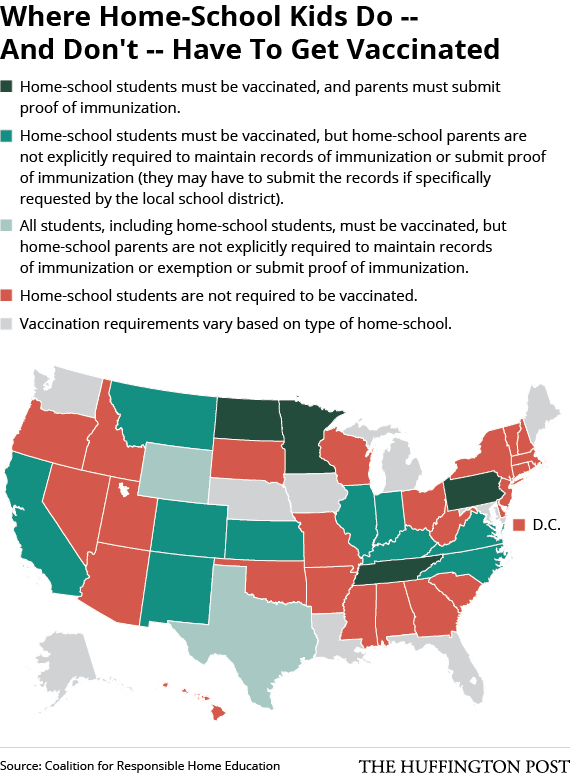 Health authorities say vaccinations are a public health necessity. As a result, states’ lack of regulation over home-school students may be a problem. Rachel Coleman, executive director of Coalition for Responsible Home Education, a 2013 Texas measles outbreak that began with unvaccinated home-school students.

“Home-school students sort of cluster together,” facilitating the spread of disease, said Coleman.