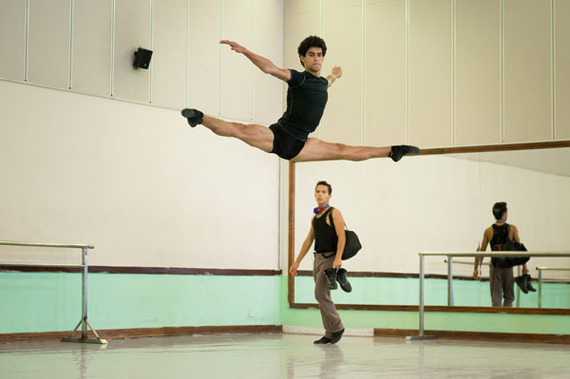 Sarasota Herald-Tribune staff writer Carrie Seidman and photographer Elaine Litherland accompanied Ariel Serrano and Wilmian Hernandez, two former dancers who defected from Cuba in 1993, as they returned to the land of their birth and the ballet school where they both trained as children. With them were students from the ballet school they founded in Sarasota, Florida and their children, including their 17-year-old son, Francisco, a late-bloomer poised on the brink of a promising professional career. This is an excerpt from "Home to Havana," a story of remembrances, reunions and hopes for building a ballet bridge for the future. To read the entire three-part story, see a video documentary and an extensive photo gallery from Cuba, go to http://Havana.HeraldTribune.com

HAVANA, Cuba -- It all seems a little surreal.

From the darkened wings of Havana's national theater Ariel Serrano stares toward the brightly-lit stage, where the finalists in the XII Concurso Internacional para Jóvenes Estudiantes de Ballet, an international ballet competition for aspiring student dancers, are awaiting the announcement of the medal winners.

Seated among them is his 17-year-old son, Francisco, the only American ever to participate in the April event. With a long and lean ballet body, a conversational grasp of Spanish and the curly, black hair and cafe con leche coloring of his heritage, he seamlessly blends in with the other dancers, who are all from Cuba or Mexico.

Oh Panchito, m'ijo, Serrano is thinking, murmuring a diminutive of the nickname his wife gave their eldest child as an infant. How can this be? Are we really here -- aquí, en La Habana? Is that you on the stage, or is it me?

Serrano scrubs his face with his hands as if to wash away the sheen of disbelief. His thick fingers clench and release, clench and release. He is sweating in his black Ralph Lauren polo shirt, though the backstage area is one of the few over air-conditioned spots in this hot and congested city.

At the front of the house, perched on one of the hundreds of fraying cloth seats in a theater that has seen better days, Serrano's wife, Wilmian Hernandez, makes small talk with her sister, Magaley. A week of escorting a half-dozen students from the Sarasota ballet school she and her husband founded, of waiting in endless lines to renew her Cuban passport, and of dealing with Havana's traffic, pollution and chaos has left fatigue etched on her eternally cheerful face.

She is thinking back to that day, four years earlier, when her son asked if he could take up ballet, the art that propelled his parents from this Caribbean island to the United States more than two decades ago. Francisco was 13; she had started her own training at 8. Her husband, watching his son try in vain to touch his toes, told her firmly: "No, Wilmian. It is no good. He doesn't have it."

She believed otherwise. This was her only son, the one she had nicknamed "Panchito" because "Pancho" - the usual Cuban nickname for Francisco -- seemed too big for such a slight, sweet and subdued boy.

Now seated on a folding chair in the back row, behind dozens of his dancing peers, Francisco wonders why he is here -- in this strange moment, on this foreign stage, in this country that is both his and not his. Why is he sitting alongside all of these dancers who are more experienced, more at ease, more "into it," in a way he can't begin to put into words?

Why did they ask him to dance tonight, at this final gala? Could this mean he has actually won something? That can't be, he tells himself, tamping down a quiver of expectation, hoping he is mistaken. Because much as he doesn't like competitions, he does love performing.
And maybe... 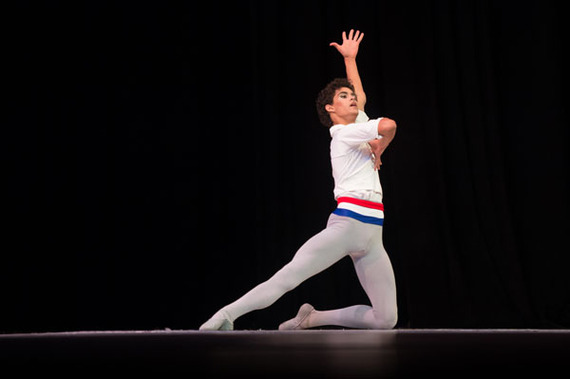 Just maybe, when I do my variation tonight, I will throw in that step at the end, a step no one, not even my father, is anticipating, he thinks. Maybe they will clap for me as they did last night -- that thunderous rhythmic, unison pounding that Cuban audiences reserve for their favorites. He'd felt like running back on stage for a second bow when it happened, wishing he could scoop up the ephemeral weight of the accolades in his upturned palms.

Ramona de Sáa, the director of the Cuban National Ballet School and Ariel Serrano's former teacher, steps toward a microphone at the front of the stage. 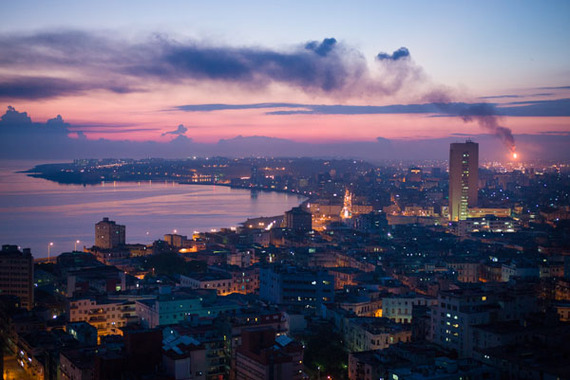 To read the entire three-part story, go to http://Havana.HeraldTribune.com