Now the bad news. Even if you eventually get to keep your shoes on at the airport, many other annoying, expensive and, terrorism experts say, unnecessary measures introduced since the Sept. 11, 2001, attacks will remain as part of our "security theater."

He continued, "Security is both a feeling and a reality. The propensity for security theater comes from the interplay between the public and its leaders. When people are scared, they need something done that will make them feel safe, even if it doesn't truly make them safer. Politicians naturally want to do something in response to crisis, even if that something doesn't make any sense."

"Unfortunately for politicians," Schneier wrote, "the security measures that work (such as better intelligence gathering) are largely invisible."

In the meantime, though, the show must go on:

PHOTO GALLERY
Homeland Security Theater: 8 Feel-Good Measures That Experts Say Do Nothing To Make You Safer
Download
Calling all HuffPost superfans!
Sign up for membership to become a founding member and help shape HuffPost's next chapter
Join HuffPost 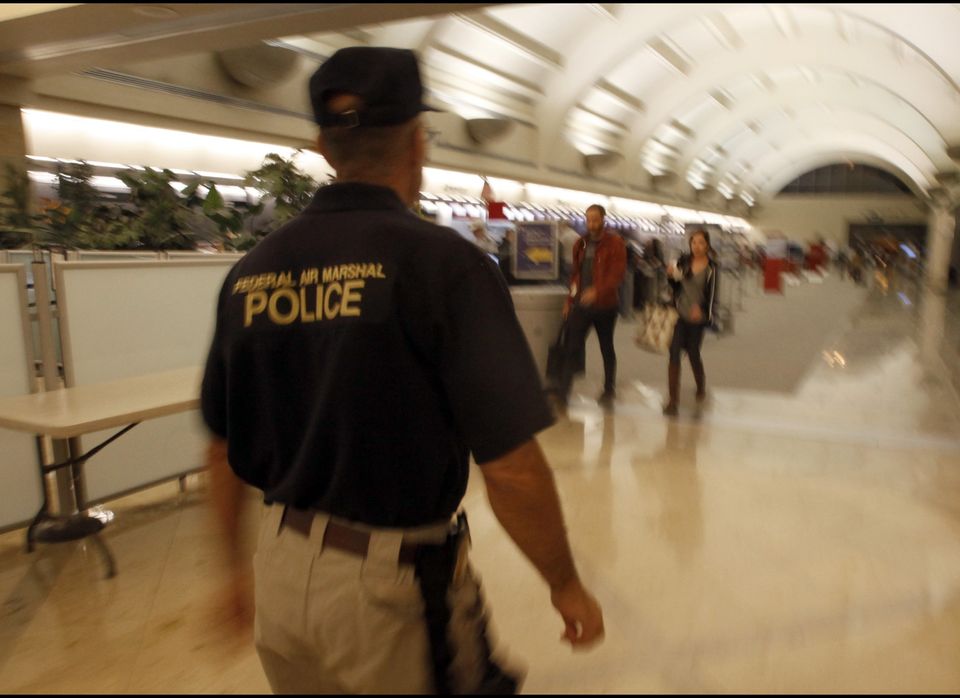 1 / 8
Air Marshals
Air marshals fly incognito to "<a href="http://www.tsa.gov/lawenforcement/programs/fams.shtm" target="_hplink">detect, deter, and defeat hostile acts targeting U.S. air carriers, airports, passengers, and crew</a>." But David Schanzer, co-director of Duke University's Institute for Homeland Security Solutions, knows of no studies that show they actually thwart attacks on planes. "Is there any proof that the marshals would do a better job stopping an attack than the concerted and spontaneous efforts of the crew and passengers?" he asks.
AP