A homeless dog is now a hero -- literally, as he has been renamed with this fitting moniker after using his bark persistently to lead individuals walking by to an exhausted mother and her 10 newborn, sick puppies.

Maria Tarashevsce, an animal rescuer, witnessed the heroic actions. "When I got there in the evening, Hero was barking really loudly," she said. "And it wasn't just a regular bark. He just wouldn't stop and it sounded like he was in distress of some sort." 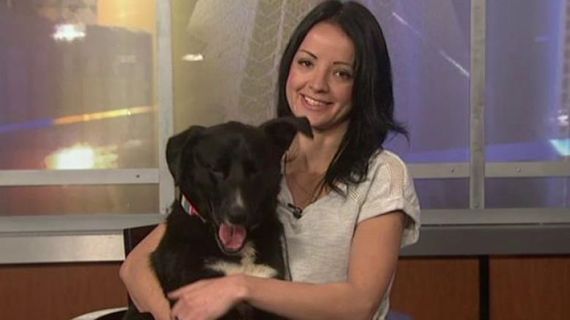 Tarashevsce was with a dog behaviorist, John Miller, who said they needed to follow Hero. As they followed, Hero kept moving further and further along, leading the two somewhere unknown. "He led us right to the puppies. He led us to a creek by the woods. And we heard little yelping of the puppies, so this is how we found them."

For anyone worried, all the puppies are now doing very well. They are with their mother, and Hero is in a foster home.

Wow, just wow. What a remarkable story of the kindness, love, and intelligence of animals. It seems we humans still have a lot we can learn from not only animals but specifically homeless animals.