A young, homeless, transgender woman found out the hard way that social-service agencies here in Detroit had no idea how to serve the LGBTQ community. She was referred to a men's shelter, where she was promptly rejected by the crisis manager, who coldly informed her, "We don't take 'its.'"

In Michigan, the landscape for LGBTQ rights is very different from what one finds in California, New York, or Illinois. Same-sex relationships are not recognized by law. Second-parent adoption for unmarried couples is illegal, making it impossible for both people in a same-sex couple to adopt. And it is still legal for businesses to fire employees for being LGBTQ. Imagine how that climate only exacerbates the challenges faced by those working with homeless LGBTQ youth.

As the Executive Director of the Ruth Ellis Center, the only organization in the Midwest devoted to serving runaway and homeless LGBTQ youth, I often feel like we are on the front lines in the battle for fair and equal treatment, in this case for some of the most vulnerable members of our communities. Our mission is to provide both a residential safe space and support services to these youth, who come to us from backgrounds of neglect, abuse, addiction, and sexual exploitation, with the goal of guiding them toward living independently and completing their education. 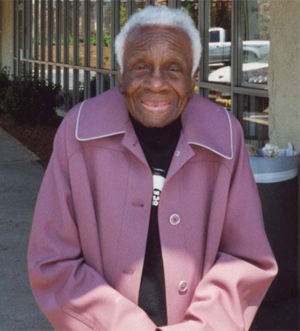 Our mission, which we have carried out for 12 years, is a legacy of our namesake, Ruth Ellis, an African-American lesbian born in 1899 who lived in Detroit from 1938 until her death in 2000. She opened her home to the community on the weekends as a safe space from the 1940s through the 1960s, a time when African-American gay men and lesbians had few social venues. Ruth personally assisted young people with money for college, books, and food. In the 1970s Ruth moved into senior housing. Through a chance meeting in a self-defense class, Ruth made a connection with a group of younger women who embraced Ruth's courage and pioneering efforts in living a happy life amidst great adversities. In 2009 Ruth was inducted into the Michigan Women's Hall of Fame. Our work is informed every day by her example, one we could all learn from.

But there is a growing awareness in the LGBTQ community and beyond that this is an issue we must address. We have seen the leadership of advocates in New York and other cities calling for education, funding, and advocacy for homeless LGBTQ youth, and the tide seems to be turning.

We are thrilled that today, March 9, 2012, the Ruth Ellis Center will partner with the White House Office of Public Engagement and the Department of Housing and Urban Development to hold the first-ever LGBT Conference on Housing & Homelessness. HUD Secretary Donovan, who has taken a strong stand against anti-LGBTQ housing discrimination, will speak there. A variety of sessions will address the numerous facets of the educational, medical, economic, and other issues that homeless LGBT Americans, including the youth that the Ruth Ellis Center serves, must deal with each day. This conference is the continuation of a strong, longstanding commitment on HUD's part to address LGBT homelessness. On March 5 a new rule took effect that bans anti-LGBT discrimination in HUD-assisted housing. And HUD has recently expanded the definition of homelessness to include youth under 25 years old, a redefinition that will grant LGBT youth better access and assistance in finding shelter and needed services.

The decision to hold a conference on this issue in the Detroit area brings an even greater level of visibility not just to the issue itself but to the unique landscape here, for in Detroit, even more so than in other cites, out-of-home LGBTQ youth must navigate a labyrinth of dangers to find the shelter and support they need. Over 2,000 LGBTQ youth in Detroit are driven onto the streets each year, and up to 800 are on the streets every day.

The statistics are stark: 1 in 2 LGBTQ homeless youth is propositioned within 48 hours of becoming homeless. These youth are at increased risk for engaging in survival sex, alcohol and drug abuse, violence, suicide, and transmission of HIV and other STDs.

The need is great, and demand for our services only continues to grow. In 2011 alone, our Street Outreach Program and Drop-In Center served 4,309 youth, an increase of 60 percent from 2010. For most of our youth, running away to any of those larger cities, where the political climate is more accepting, is far from an option. And since there are not enough shelter beds (there have been weeks when every shelter in Detroit was full), we at the Ruth Ellis Center must deal with the realities of our city and state and work with our partners in other social service organizations to serve as many of these youth as possible.

As I have seen in all too many cases, these partners have a lot to learn about how to treat LGBTQ youth, and thus homophobia and stereotypical assumptions become another pitfall for youth to navigate, even within the shelter system. Many, like the crisis manager I mentioned above, will not even have a conversation with us about how to serve the LGBTQ population. Some are willing to accept LGBTQ clients in theory but believe that LGBTQ individuals must get their own rooms for safety reasons -- which, for a bed-starved shelter, is distressingly similar to not admitting them at all.

We know we cannot drastically change the scope of this problem overnight. But I think this White House conference will be looked upon as a turning point in how we respond to LGBTQ homelessness. Too often, the reality that homelessness is very much an LGBTQ issue has been overlooked or ignored. But the reality is that up to 40 percent of homeless youth in the U.S. are LGBTQ. This conference sends a message loud and clear that this issue needs to be at the forefront of the agenda, not just for the LGBTQ community but for all of us who are working for a day when all youth have access to the shelter and services they need.

I think Ruth will be smiling down on us as we convene, brought together by a president whose administration has identified this issue as not only an important one but a one we must do everything in our power to change.

The White House LGBT Conference on Housing & Homelessness takes place at the Wayne State University Community Arts Auditorium in Detroit, Mich. on Friday, March 9 from 9:00 a.m. to 12:30 p.m. CST. You can watch the conference live here.