When this homeless man got scrooged, the community stepped right in to help.

John, also known as "Philly," lives in a tent underneath the Pontchartrain Expressway in New Orleans. He is determined, however, to have himself a merry little Christmas.

Philly recently set up a Christmas tree next to his tent, decorating it with battery-powered lights and a bow topper, according to local news station WGNO.

Unfortunately, the city's sanitation department was ordered to remove the tree during a routine sweep Friday morning, saying it was a code violation.

That's when Philly's community rallied behind him.

The first time the garbage crew took it, one of Philly's friends was able to retrieve it from the dumpster, reports WDSU, but the crew came back to take it again.

"I don't know if they were instructed to double back and get the tree -- because my tent and everything else -- but they pinpointed just the tree," Philly told WGNO.

After news broke that it had been taken away a second time, strangers began bringing him more Christmas trees, decorations and gifts.

"I don't care what code violation it is," Kelly Caruso, one of the people who donated a tree to Philly, told ABC 13. "It's the holidays. And these people need everything that can uplift them as much as they can."

Now, Philly is paying all the Christmas spirit forward, giving the trees and gifts to others in need. He saved one of the trees, however, for himself, decorating it and placing it next to his tent again.

When asked what Christmas means to him, Philly defined it in just two words: "helping others."

Keep up the holiday cheer, Philly. And don't let the grinches get you down.

PHOTO GALLERY
The Most Over-The-Top Christmas Trees Of 2015
Download
Calling all HuffPost superfans!
Sign up for membership to become a founding member and help shape HuffPost's next chapter
Join HuffPost 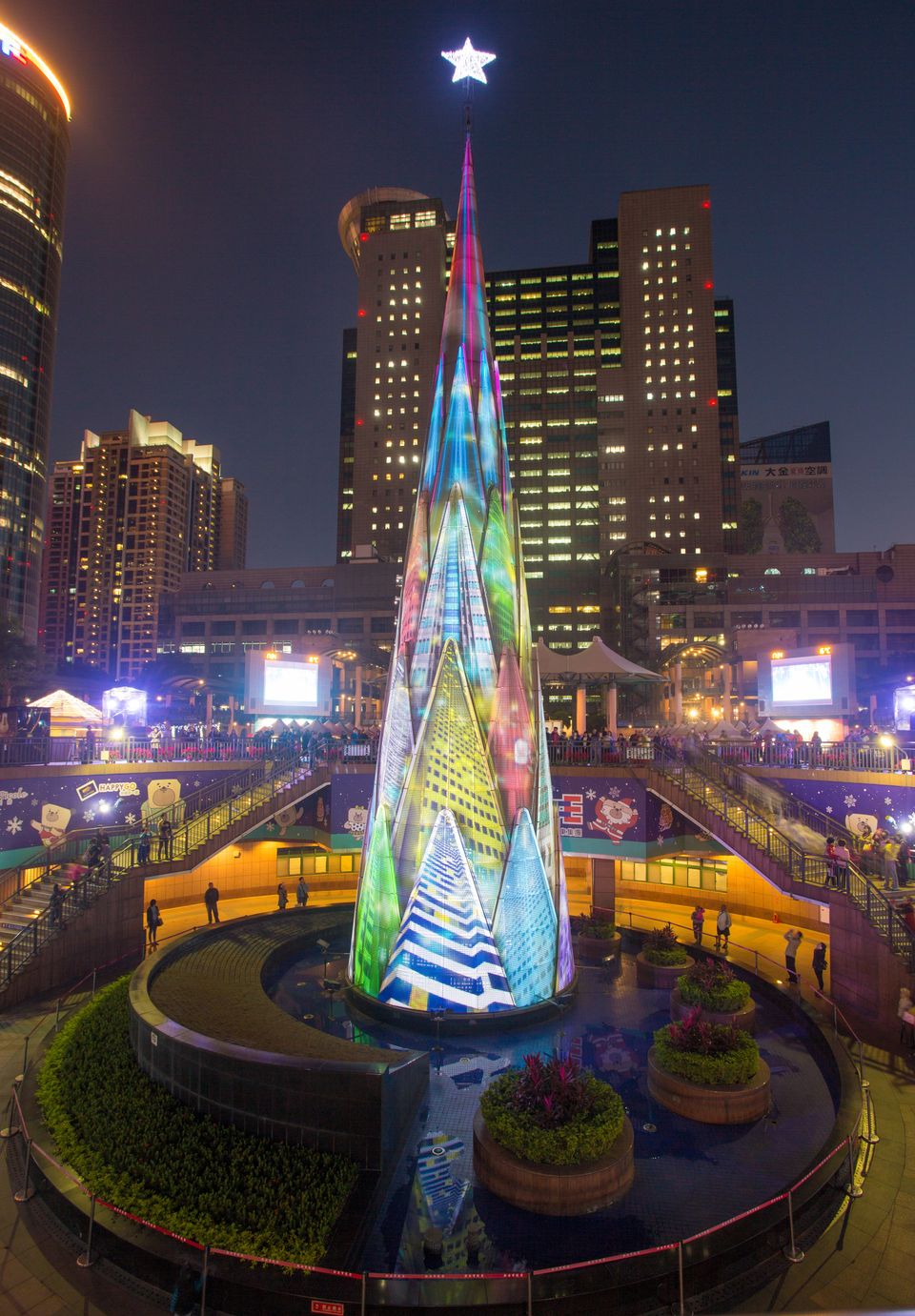 1 / 16
Taipei, Taiwan
At 118 feet&nbsp;high, this&nbsp;LED tree&nbsp;is the largest public Christmas&nbsp;decoration in Taiwan. In the month leading up to the holiday, it features a light show every half hour after sundown.
Craig Ferguson via Getty Images