A homeless man is pursuing his love of reading thanks to a good Samaritan.

Last week, a San Diego man, who wishes to remain anonymous, was on a business trip in Las Vegas when he frequently passed a homeless man named Paul on the street. The man noticed that Paul had been reading an old, worn book every time he walked by, and decided to go up and talk to him.

"I just asked him if he liked to read," the man told The Huffington Post in an email. "He said he loved to but that he had been reading that one book over and over for a while now." 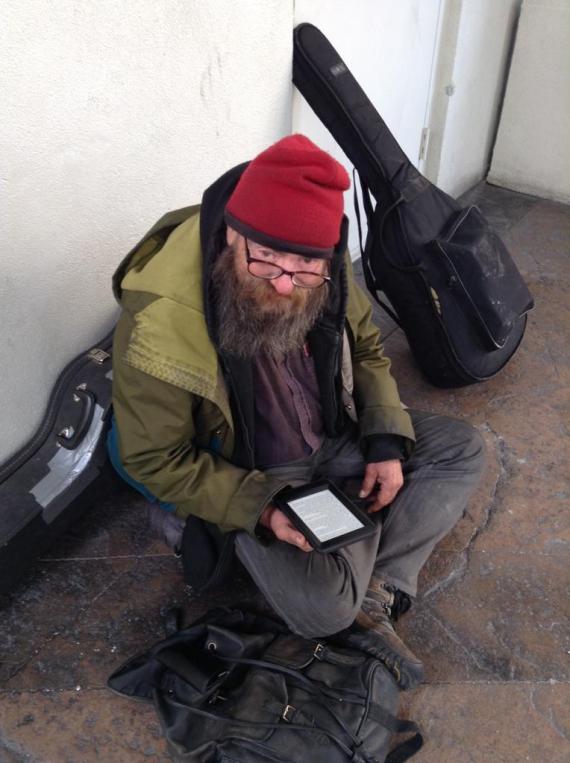 The man remembered he was carrying his Kindle, and decided to give it to Paul and teach him how to use it. In the following days, the man witnessed firsthand how much Paul enjoyed the device. He took a picture of Paul and his new Kindle, and shared it on Reddit on Thursday under the username, mjuad.

The moving photo has already gone viral with nearly 2 million views on Imgur.

The Kindle is already stocked with around 300 books, but, before he left Las Vegas, the man gave Paul an address where he could send the device, cash on delivery, should he need more reading material.

The gesture was a beautiful one, and the anonymous man hopes that by sharing it, he can inspire others.

"If I can keep someone from going hungry for a day or brighten their day/life up in any way, I always try to do my best," he told HuffPost. "I'm also hoping that by sharing this, I will encourage others to do something kind as well."

5 Simple Things That Improve the Daily Lives of Homeless Youth