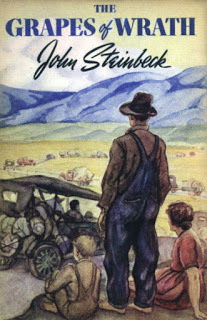 The homelessness problem in New York City has worsened. The other day a homeless man was sleeping right in front of the entrance to a K Mart on Astor Place. New Yorkers have gotten used to this and those entering the store navigated around him they way they would a puddle on a rainy day. Another homeless person was sleeping right outside a bank off Gramercy Park, the kind of tony neighborhood whose residents cotton to pristine sidewalks. It's one thing when you read reports about the synthetic marijuana epidemic which is the scourge of homeless encampments in poorer neighborhoods. After all homelessness is the final rung on the food chain of disenfranchisement and the default mode for those who can no longer find living quarters with the proceeds from welfare checks, social security and varying forms of subsistence income. But when you start to see homeless people with their filthy blankets and cardboard signs, sitting amidst cartons of take-out food in areas filled with multi-million dollar apartments, you realize that homelessness is metastasizing. It's a disease that can no longer be ghettoized and is now so out of control that no one is spared its reality. How can this occur in one of the wealthiest cities in the world? After all New York is not Calcutta nor a war torn city like Sana'a. Mayor de Blasio has pledged tens of millions of dollars to remedy the problem, yet the real question is how? It used to be argued that the growing homeless population was the result of the increase in mental patients who could no longer be legally mandated to institutions. The persistence of racial inequality, despite the civil rights struggles of the 60's, is the great subject of our day. However income inequality, the theme of Thomas Piketty's Capital in the Twenty-First Century, may partly explain the presence of so much extreme poverty in the wealthiest sectors of one of the wealthiest societies on earth. The agglomeration of so much money in a few hands has caused the opposite of a trickle down effect, as the affluence of the middle and professional classes becomes tested. When small business owners strain to pay college tuitions, which eat up a good chunk of their incomes, there's little incentive for the kind of increased entrepreneurship that produces more jobs. The economic condition of American society is mirrored by our educational system in which a tiny elite receive outsized preparation to become what Tom Wolfe in The Bonfire of the Vanities called "masters of the universe," while the rest, receiving worthless pieces of paper, from corroding and meagerly subsidized public institutions, are being prepped to join the breadlines. Unheimlichkeit is the German word for estrangement. It literally means "not at home." It's the growing population of disenfranchised and estranged New Yorkers--some of whom were formerly part of the so-called middle class--who are now filling the ranks of the homeless and making homelessness such a pervasive fact in both our city and country's life.

New York The Bonfire Of The Vanities Homelessness