DENVER (AP) -- A survivor of the Columbine High School massacre who lost his championship football ring more than a decade ago got it back after an improbable discovery by a homeless veteran in California.

The Denver Post reported Monday (http://tinyurl.com/qz6rpd3 ) Evan Todd, who was wounded in the April 1999 shootings, lost the ring while on a speaking tour in California in 2003 or 2004. 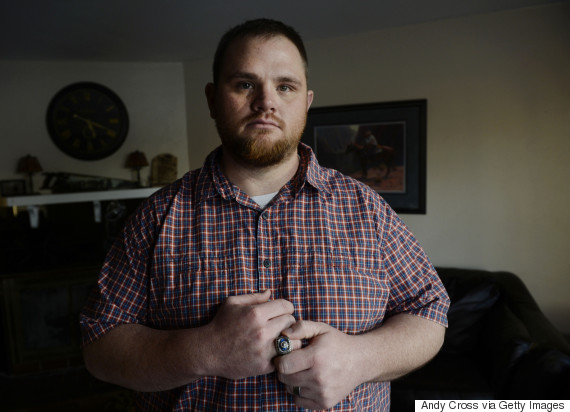 Todd, now 31, played on the Columbine football team that won the state championship just months after the shootings, which left 12 students and a teacher dead. The two teenage gunmen killed themselves.

Last month, Bobby Smith called Todd to say he found the ring in a creek in San Luis Obispo, California, while looking for arrowheads. Todd's name was engraved on it. 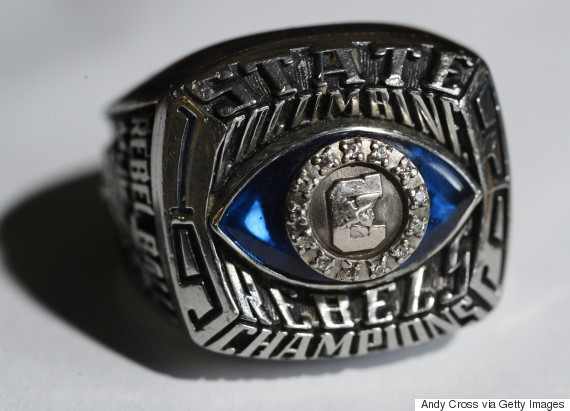 Smith tracked Todd down through Columbine and returned the ring last week.

The story was also reported by Fox News Channel's "Fox & Friends" and The Blaze website.

Smith, 60, who was living in a homeless shelter in San Luis Obispo, said he took the ring to a couple of sports shops to have it authenticated. One shop owner offered him $2,000 for it and another suggested they sell it on eBay and split the profits, Smith said.

On "Fox & Friends," Smith said he told one shop owner, "Yes, I'd like to take the money, but no, I can't, because it wouldn't be the right thing to do, because if it was my ring, I would certainly want it back."

Todd, a starter on the 1999 team, said he was thrilled to have the ring back.

"We went through so much together as a team and community. The ups and downs, the adversity, the microscope we were under," he told the Post.

"Those challenges were unlike any other that we had to deal with. It was a magical season for sure. But that ring had all of those emotions tied up in it," he said.

Todd set up a fund at gofundme.com and said half the proceeds would go to Smith and the rest to other homeless veterans. It had nearly $104,000 as of mid-day Monday.

Smith said he has to figure out whether he would lose any veterans benefits before he could accept donations.

"I'm not asking for anything; I just wanted to do the right thing," Smith said. "I'm blessed. God works in mysterious ways."