Some just made one slip. Other members of this group of veterans never stood a chance against the soothe of drugs and alcohol.

Fort Lyon, a military base 200 miles southeast of Denver that once served as a hospital, now houses up to 300 recovering homeless people, focusing particularly closely on veterans, according to the Colorado Coalition for the Homeless’ website.

Richard Johnson, a writer and illustrator who has covered the lives of troops in Iraq and Afghanistan, recently spent three nights with the facility's residents, learning the details that led them to battle, the bottle, the streets and, finally, to a recovery plan.

He sketched a dozen such stories with the kind of painful precision that won’t let you label these hurting men. Rather, these drawings will push you to read the revealing lines of each vet’s face to get the full picture of what it means to serve and to struggle to safely find your way home. 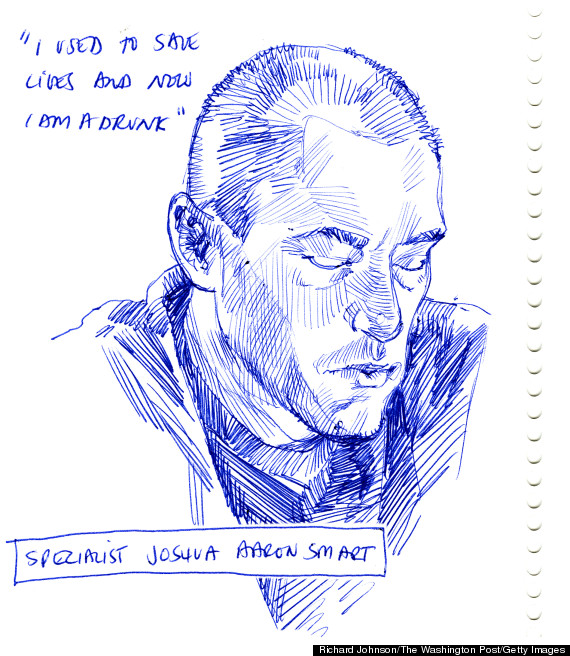 "I used to save lives and now I’m a drunk," Spc. Joshua Aaron Smart told Johnson while hanging out in one of the facility’s communal areas, the illustrator wrote in a piece for Stars and Stripes.

Even while recovering, Smart says he’s still suffering tremendously and that his night terrors began after he dropped the drugs and alcohol. He sleeps on the floor because of the nightmares and when they strike, he believes he has to get dressed in a hurry as if he were back in Iraq. 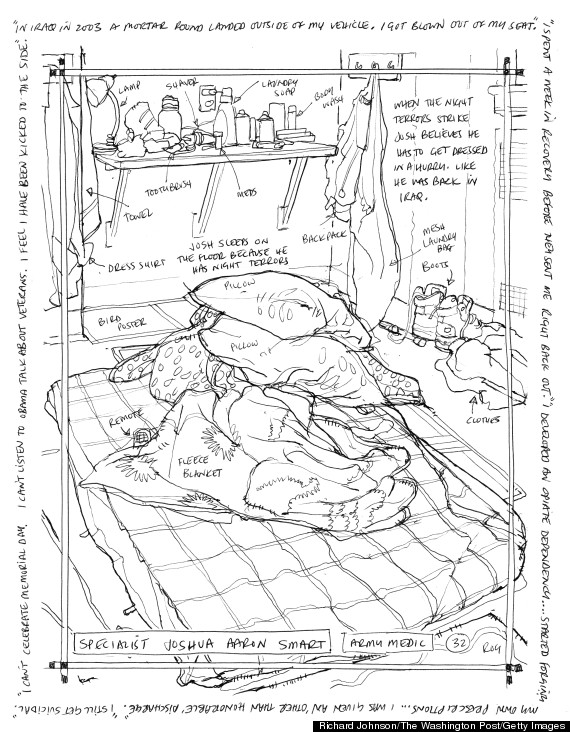 While serving in Iraq in 2003, a mortar round landed outside of Smart’s vehicle, blowing him out of his seat.

He recovered for a week, went right back into combat and eventually developed an opiate dependency.

While living with addiction -- and even worse, admitting to having a problem -- often riddles veterans with shame, such substance abuse is on the rise among this community.

Prescription drug abuse doubled among U.S. military personnel from 2002 to 2005 and almost tripled between 2005 and 2008, according to the 2008 Department of Defense Health Behavior Survey. This spike was in direct correlation to physicians’ responses to the needs of wounded military members. 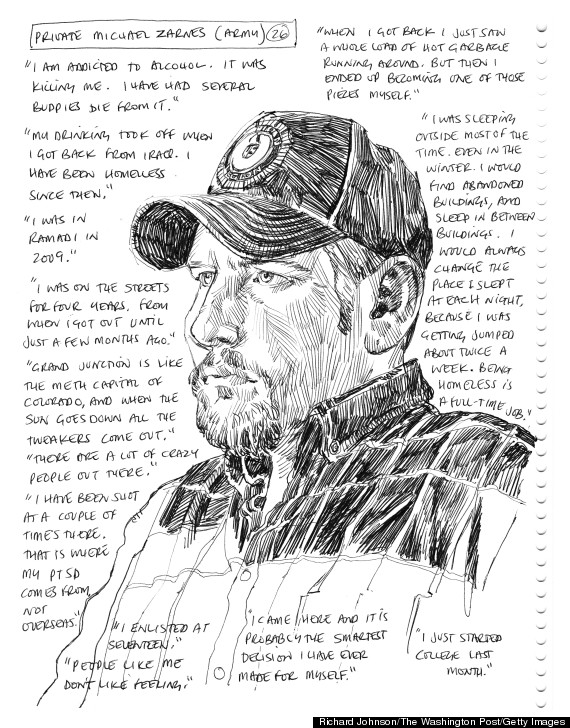 The drinking "took off" for Pvt. Michael Zarnes, 26, when he returned home from Iraq, but the post-traumatic stress disorder, he says, came from the rough encounters he had during the four-year period he spent living on the streets.

Homelessness is on the decline for veterans -- rates dropped 24 percent from 2010 to last year -- and the VA says it’s on track to end the issue once and for all by next year.

But experts in the field aren’t so sure that will happen.

"Just because the VA says it's over, doesn't mean it is. We're still seeing plenty of need," Steve Peck, president of the U.S. Veterans Initiative, told Military.com. 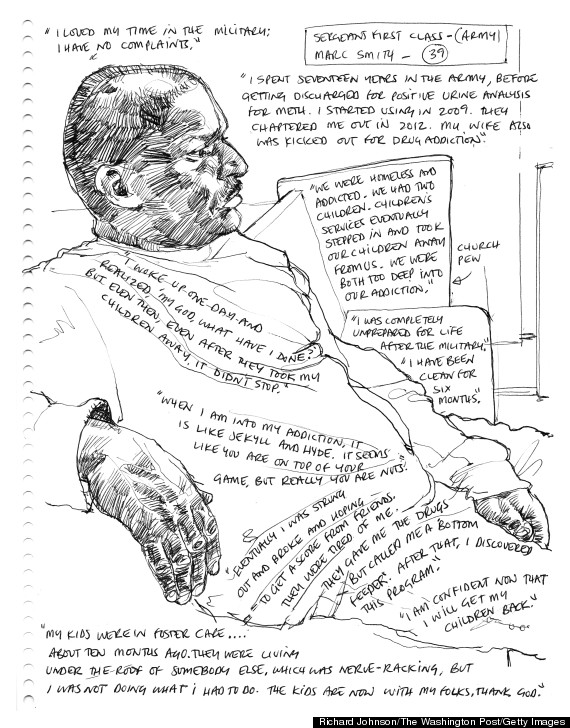 Marc Smith devoted 17 years to the military and "loved" the experience and has "no complaints." But after he tested positive for drugs, he was discharged and eventually, his kids were taken away from him, he told Johnson.

Smith says one of the challenges he faced was feeling completely unprepared to transition to civilian life, a sentiment that is echoed among many veterans when they come back from war.

"Coming home from combat transforms you in ways for which you are not prepared," U.S. Marine Roxley Pratt, who was deployed to Iraq after 9/11, told Hollywood director J.J. Abrams and HuffPost blogger Eric Greitens.

There are obstacles, Johnson says, that are just far too much to battle.

"Their stories -- about war, abuse, death -- were sometimes unbelievable, sometimes clearly embellished," Johnson wrote, "and at other times all too believable and gutting."