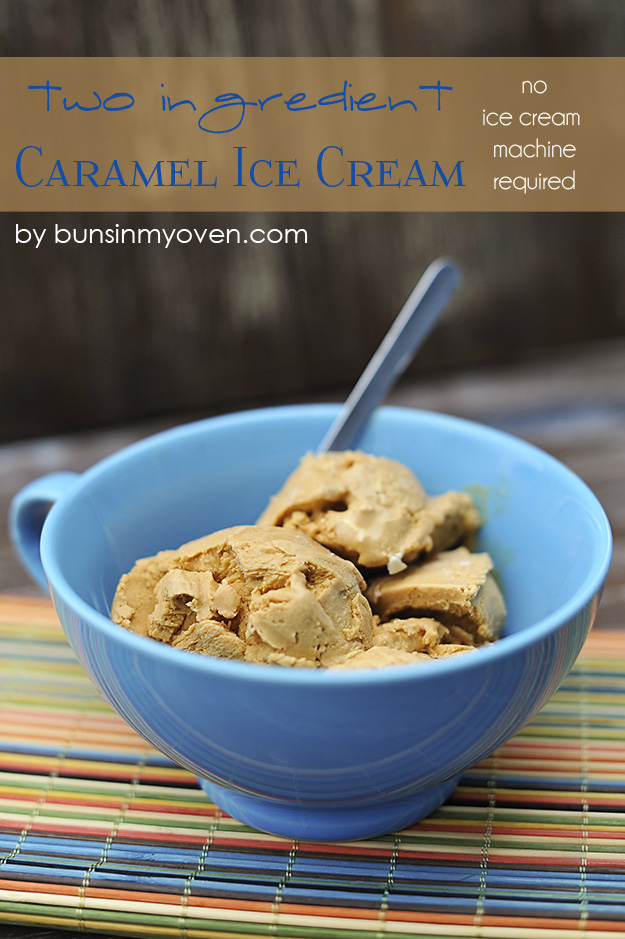 Like most of us, I believe in the magical powers of ice cream.

I also believe that homemade ice cream will always trump the store bought kind, but I know not everyone out there has an ice cream machine at the ready.

Enter this Two Ingredient Caramel Ice Cream. You don't need an ice cream maker. You just need a whisk and a freezer. Okay, so things will go much, much faster if you're armed with an electric mixer or blender, but a whisk will do in a pinch. 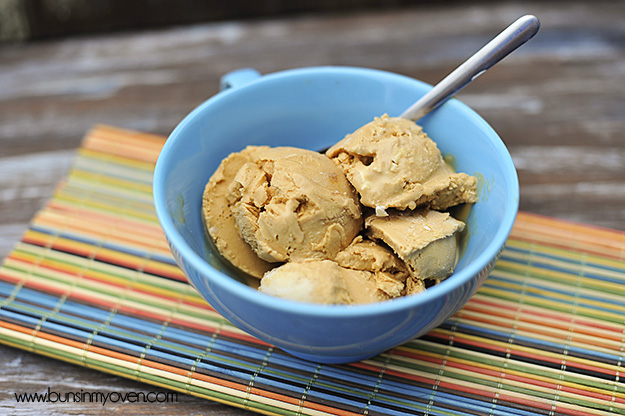 We're basically just making whipped cream, folding in a bit of canned dulce de leche (available near the Mexican foods in my local grocery store), and freezing that mixture for a good six hours. 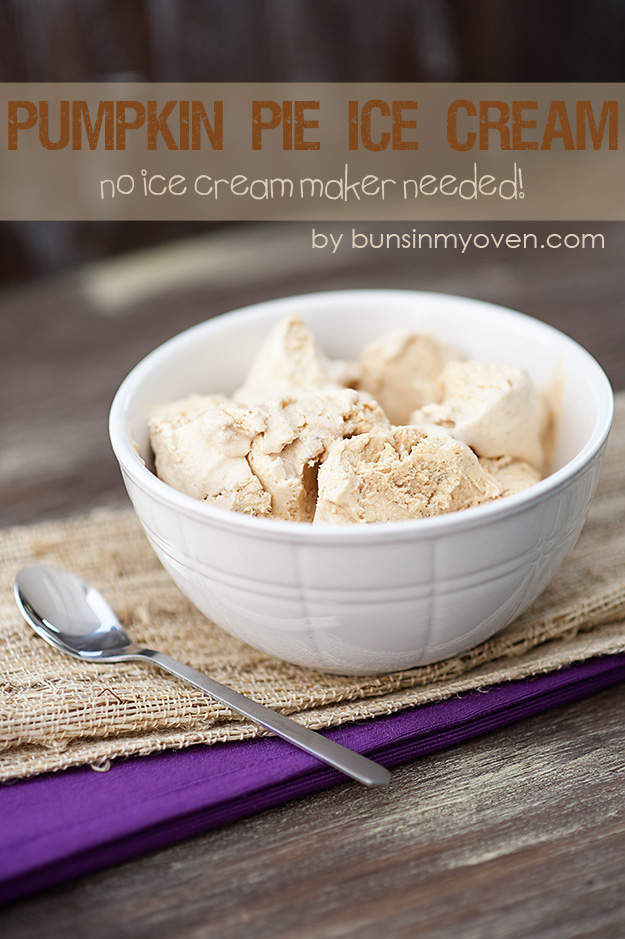 I know it's Fall, which means it's time to pumpkin up everything we see, so check out this Pumpkin Pie Ice Cream. Same method, no ice cream maker needed!