How else to explain a 1998 episode of The Simpsons in which a guy who usually comes across as a doughnut-eating doofus stands at a chalkboard bearing a complex equation that prefigures the discovery of the Higgs boson. 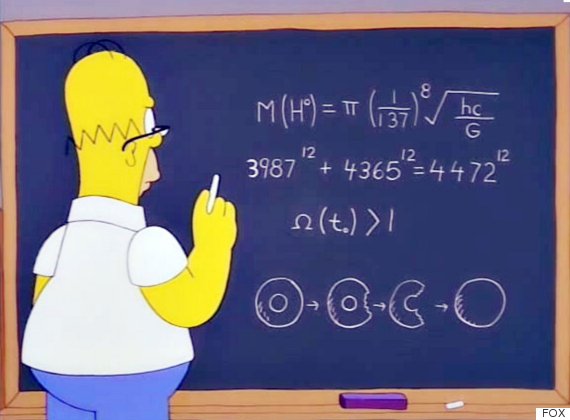 The equation was snuck onto the blackboard by one of the writers for the episode, who had a friend involved in research on the Higgs, the Daily Mail reported.

Singh knows a thing or two about the Higgs boson, the elementary particle whose existence was predicted in the 1960s but not detected experimentally until 2012. In addition to being the author of several popular books about science, he holds a Ph.D. in particle physics from the University of Cambridge.

His doctoral thesis is entitled "Heavy flavour physics at the CERN PP̄ collider"--CERN being the Swiss-based research organization whose scientists confirmed the Higgs' existence.