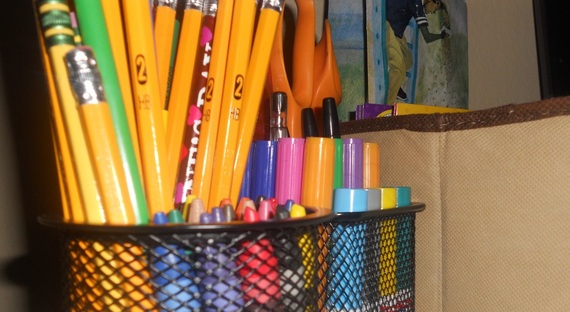 During the late 1980s, my mother heard a radio report about an educational method called "homeschooling." At the time, it was framed as a predominantly religious response in the U.S. to the secularization of schooling. But what mom saw was an opportunity to spend more time raising her children in the way she believed to be best, rather than trusting the sub-par local schools to oversee our academic career.

Our family quickly discovered that others, oftentimes strangers, had strong opinions about this choice. My sister and I routinely endured confused, occasionally disapproving, glances when we'd be out running errands during traditional school hours. Many folks thought we were cutting class. They didn't seem happier to find out that, no, we were actually just homeschoolers on lunch break.

Over two decades later, my sister and I lead successful lives. We both started community college in our mid-teens and went on to attend degree programs at top-ranked universities. I work in news media and she teaches English internationally. When we do choose to tell others about being homeschooled, it feels like coming out, with all the confusion, questions and judgment that can entail.

The homeschooling movement has changed radically since my time as a child in our schoolroom. It's moved from the churches into the mainstream. For many parents, the choice is made to avoid placing their children in failing local school systems. For others, it's a realization that their children's learning style may not be best suited to traditional schooling. The advent of home internet has revolutionized homeschooling just as it has the rest of the world, with schooling children from home a more accessible choice than ever before.

To learn about this contemporarily growing movement, I contacted two leading homeschool voices. Mary Ann Kelley is the founder of TheHomeschoolMom.com, one of the most popular resources for homeschool parents in the United States, and president of the Homeschool Ad Network. Jeanne Faulconer is an in-demand homeschooling speaker who has served as a college faculty member and news correspondent for WCVE, an NPR member station.

The majority of Americans probably couldn't describe homeschooling beyond wildly incorrect stereotypes. We asked Kelley to explain what homeschooling actually is.

"Although most people think of homeschooling as mom sitting at the kitchen table teaching her children, homeschooling is a broad term that is more of a reflection of opting out of the government school system than it is about education taking place with a parent in the home. Homeschooling can range from unschooling, a form of interest-led learning where flexibility and inherent desire to learn are emphasized, to enrollment in an academic co-op or university model school where teachers are hired by the organization."

Faulconer echoed this sentiment, adding that the word homeschooling is "a term that has come to refer to children becoming educated outside of the institution of school." She further clarified the concept:

"Not everyone considers all types of education pursued at home to be homeschooling. For example, if your child is completing an online curriculum that was provided by the school, and she is accountable to the school for grades, seat-time, standardized testing, promotion, graduation and other requirements, many people would say she is attending 'virtual public school' rather than homeschooling, which is generally more independent."

While homeschooling is still a minority movement, people may be surprised to find that homeschooling is not all that uncommon. Recent data from the National Center For Education Statistics (NCES) puts the percentage of the student population that is homeschooled at roughly 3.4 percent in the U.S. This number means, despite media portrayals of homeschooling as a fringe movement, the number of people homeschooled in the country is slightly higher than the number of those who identify as gay and around seven times that of those who identify as vegan. (The author of this piece is all three.)

It is currently legal to homeschool children anywhere within the United States, although the laws surrounding the practice vary by state. Kelley points out that, while unknown to most individuals, many states specifically have a state statute regarding homeschooling that can be easily Googled. Faulconer recommends that those considering homeschooling their own children consult a statewide homeschooling organization about the legal requirements rather than consulting the school district. In her words, "[School divisions] are experts in school, not homeschooling, and they sometimes have out-dated or incorrect information regarding homeschooling."

My family used a process called "letter of intent," whereby we took a standardized test at the end of every school year and attached the results to a letter both informing the county that we'd be homeschooling for the coming year and explaining the curriculum we would be using. We chose this method because we planned to follow the traditional school style at home and wanted to have legal records of our work. Homeschoolers may also enroll in academic co-ops. It's not unusual for children to spend some years homeschooled and others in traditional school settings, depending upon their academic and social needs at the time.

The reasons for homeschooling are, despite what MSNBC's Chris Matthews seems to think, often based in a desire to meet a child's unique educational needs. Faulconer explains, "Schools frequently compel specific subjects taught a specific way at a specific pace, regardless of a child's ability, current proficiency, needs, or interests. Homeschooling allows parents to address their children's needs and interests," adding that homeschooling " ideally empowers children to have agency in their education." Kelley echoed this sentiment:

"At a time when high-stakes testing is being implemented for children as young as five years old, homeschooling gets back to meeting the needs of the individual student in an environment that is low stress and encouraging. On the flip side of that equation, in schools that are underperforming and not accountable for providing a quality education, homeschooling can offer a student an education outside of a less than optimal school environment."

So why is the mainstream so suspicious of homeschoolers? Faulconer thinks the issue boils down to "cognitive dissonance" between the recognition that there are issues at large in the school system and the feeling of threat by having a minority force reject such a structure invested with so much cultural and political capital.

Kelley referenced the idea that people view teachers as experts, even though, at lower grade levels, their expertise is more concentrated in classroom management than subject matter. She also points out that the notion of parents being the sole teachers of their homeschooled children is inaccurate, since many parents without subject matter expertise call in tutors and teachers to handle those subjects.

This was true in my experience. For all subject matter that my mother did not feel confident instructing, we used a correspondence-style video program used by private schools that utilized licensed teachers. Our level of academic achievement according to end-of-year testing remained in the top percentage of national test takers across the country every year.

Kelley also talked about the more dated concern about homeschoolers' "socialization" beginning to dissipate as people get to know homeschoolers better. For a some students, Kelley believes public schooling comes with its own liabilities:

"An additional consideration to the socialization question is that we must be realistic about the socialization in public schools, where the same students that might be perceived as unsocialized could potentially be subject to bullying in a school environment. With a rate of attempted suicide that is over three times higher for bullied students than the average, bullying can have fatal consequences."

Another concern is the perception of homeschoolers as being anti-science. Faulconer immediately brought up the statistic that nearly half of the American population, mostly educated in public schools, doesn't believe in evolution while slightly over a quarter of folks, according to a National Science Foundation survey, believe the sun revolves around the Earth. She said that one can't seriously blame homeschoolers for the prevalence of scientific ignorance in the U.S. and pointed to her own homeschooled sons making wisecracks about Galileo and Capernicus when they came across the geocentrism statistic.

Faulconer also discussed the notion of "invisible homeschoolers," whereby people only notice a person is homeschooled if they fit a certain stereotype and inaccurately assume the rest of the people with whom they interact are schooled traditionally.

I ran into this issue throughout my childhood. I was an extremely social and active member of my community. Folks would comment that they wouldn't have "known" I was homeschooled until I mentioned it, because I was socially confident and well-integrated. They seemed to believe this was a compliment.

Not for every family, but possibly for yours

At the risk of making homeschooling sound like a cure-all to school-based issues, both Kelley and Faulconer agree that it's not an educational style that's best for all children. Faulconer has written on the subject.

She explained to me:

"Homeschooling is not for everyone, and if you are satisfied with the education your child is getting, then homeschooling may not be for you. However, if you are interested in homeschooling, there is probably someone like you who is homeschooling too. Homeschooling families come in all shapes and sizes, from various political, religious, racial and economic backgrounds ... [H]omeschooling is an innovation that creates and provides diversity among educational choices in a time when standardization often means an emphasis on minimum competencies rather than on maximizing potential. "

Kelley's message is that, for anyone who chooses to homeschool, there's a place:

"Diversity among homeschoolers is rich, with people from backgrounds that cross many social, religious, political, and lifestyle divides. Homeschooled kids might be gifted, delayed, athletic, intellectual, disabled or any combination of those. If you are interested but perhaps overwhelmed at the thought of deciding to homeschool, know that while it seems scary, there is support both online and in local support groups. The benefits are many, and there has never been an easier time to homeschool."

For most parents, homeschooling could remain a viable option amid public school systems of varying quality and children with learning styles that may not adapt well to the traditional setting. Many homeschool parents have blended families with children both attending traditional schools and who are homeschooled. As mentioned earlier, other parents choose to homeschool their children for intervals in response to the needs of their children at the time.

Kelley and Faulconer represent two leaders among a growing and diverse movement of parents who are choosing to homeschool. Hopefully the continued stories of real homeschoolers stepping out into the open will serve to move the conversation away from the caricatures that have plagued this misunderstood movement for decades.

Are you a parent who homeschools or is considering homeschooling? Are you a student who has been homeschooled? What are your thoughts?