As Michael Calderone noted earlier this week, one of the more astounding things that has happened in the wake of the sectarian deterioration and renewed violence in Iraq is that the people whose actions led to these natural, predictable consequences have been reinvited onto your televisions and op-ed pages to offer their opinions as to what needs to be done. You know, as opposed to offering profuse apologies and the promise of penance.

Now [former Coalition Provisional Authority head L. Paul] Bremer and others who were largely discredited when it comes to Iraq are back in the spotlight, and they're being treated as credible experts on the growing chaos in the country. Iraq is once again in the news because the Islamic State in Iraq and Syria, an extremist group, has taken several major cities and set its sights on Baghdad.

Former Deputy Defense Secretary Paul Wolfowitz, who pushed for the Iraq invasion soon after the unrelated 9/11 attacks, appeared Sunday on NBC’s “Meet the Press.” Weekly Standard editor Bill Kristol, one of the most influential media figures to have promoted the war, could be found talking Iraq across the dial on ABC’s “This Week.”

As Calderone notes, there have been instances of modest pushback, but considering that these people compose one of the biggest gangs of galactic failures to ever draw breath, they deserve to be treated, by the media, with at least a soupçon of skepticism -- if not outright scorn.

But we're here to help! Using the Eat The Press telestrator, we have designed true chyrons for these blackguards, so that cable news purveyors can alert their audiences to the meretricious natures of these disgraced former experts. Feel free to use these, you guys! We shall add to these as more bad pennies turn up.

Working hypothesis: no one who stumped for original Iraq invasion gets to give ‘advice’ about disaster now. Or should get listened to.

In the meantime: people who got the Iraq War right are out there, media! Find them, for once in your dumb lives. 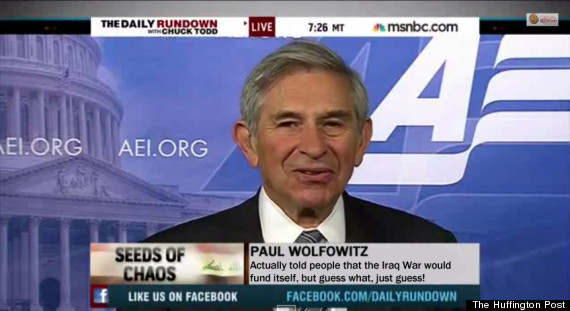 Paul Wolfowitz: David Corn recalls the famous February 2003 hearing in which Wolfowitz insisted "that the United States will not have to maintain [a] large number of troops in Iraq after the war," because there was "no reason to fear Shiite-Sunni bloodshed after a U.S. invasion." At the time, as Corn notes, Wolfowitz demurred on offering a "cost estimate" for the war. On another occasion, however, Wolfowitz famously predicted that Iraq was "a country that could really finance its own reconstruction, and relatively soon." 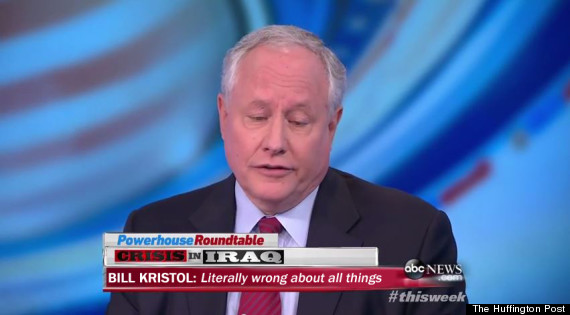 Bill Kristol: Wrongest pundit in the game, son. Broken clocks talk about Kristol to cheer themselves up. He said the conflict in Iraq was going to be a "two-month war." Of Iraq, he said, "On this issue of the Shia in Iraq, I think there’s been a certain amount of, frankly, a kind of pop sociology in America that, you know, somehow the Shia can’t get along with the Sunni and the Shia in Iraq just want to establish some kind of Islamic fundamentalist regime. There’s almost no evidence of that at all. Iraq’s always been very secular.” And of course, he's best known for predicting that we would be "welcomed in Baghdad as liberators." 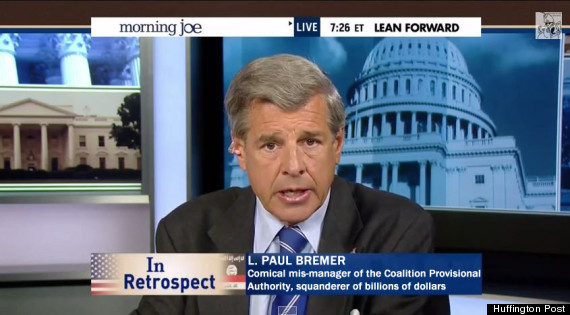 L. Paul Bremer: Here's our man in Baghdad, tasked with running the Coalition Provisional Authority and governing the country in the interregnum between the deposition of Saddam Hussein and the administration of Nouri al-Maliki. Bremer basically planted the seeds of dysfunction everywhere he went. By disbanding the Iraqi army, he sent hundreds of thousands of suddenly unemployed fighters running to the nearest insurgency meetup. His "de-Baathification" of Iraq's government bureaucracy accelerated discontent and magnified already entrenched divisions. And he pissed away billions of dollars on top of everything else. Al-Maliki's dysfunctional government probably learned its tricks by watching Bremer. 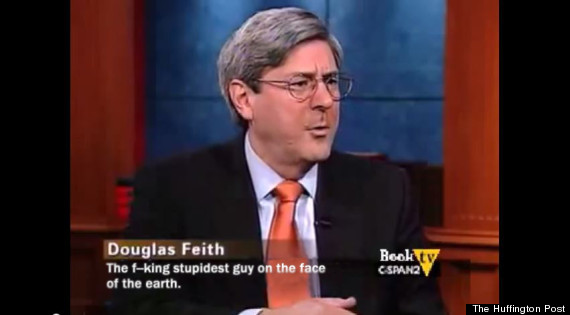 Douglas Feith: The "f--king stupidest guy on the face of the earth" quote is from Gen. Tommy Franks, as reported by Bob Woodward. This is objectively true. As Chris Suellentrop wrote back in May 2004, Feith was essentially the Iraq War's Zelig of Cock-Ups: "During the buildup to the war, Feith oversaw the two offices that have since been criticized for politicizing intelligence and for inadequately planning for the occupation." The first office, the Counter Terrorism Evaluation Unit, was the Monsanto of bad intelligence. The second, the Office of Special Plans, was in charge of "post-war planning" ... or the lack thereof.

Judith Miller: She shoveled untold mountains of horse manure onto the pages of The New York Times, much of it whispered into her ear by serial Pentagon misinformers and famed Iraq War confidence man Ahmad Chalabi. Now she critiques the media for Fox News, as part of some sort of infernal welfare program for degenerates. The messes she helped create will likely outlive us all. 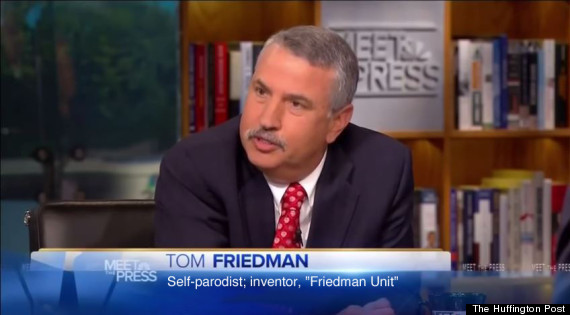 Thomas Friedman: Among Friedman's contribution to the Iraq fiasco, there is none more famous than the "Friedman Unit." "It equals six months," writes Greg Mitchell, after Friedman's tendency to declare, over and over again, that "things [in Iraq] would likely turn around there if we just give it another six months." Friedman was almost sadistic in his glee for an intervention in Iraq. In one of his most widely mocked statements on the matter, Friedman told Charlie Rose that what the Islamic world "needed to see was American boys and girls going from house to house from Basra to Baghdad," saying, "Suck on this." In one of his latest columns for The New York Times, Friedman's amnesia is almost farcical: "The Middle East only puts a smile on your face when it starts with them -- when they take ownership of reconciliation. Please spare me another dose of: It is all about whom we train and arm ... I'd be very wary about intervening." (The "Readers Picks" of the available comments on that piece are the best journalism the Times has produced so far under Dean Baquet.) 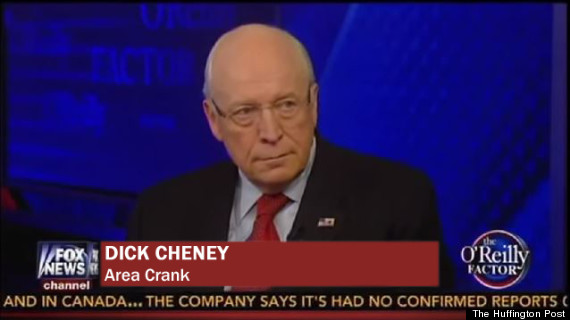 Dick Cheney: Here's someone who has basically parlayed "Get off my lawn" into a career. (But definitely get off his lawn, as he will probably waterboard you.)

True Chyrons For Bush-Era Iraq War 'Experts'
Iraq War: What Else Could America Have Spent $800 Billion On?