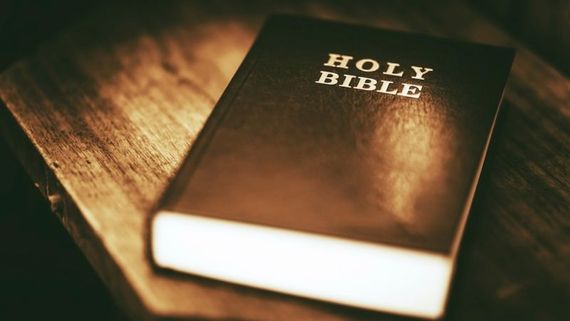 Recently the United Methodist Church has faced the latest iteration of an ecclesial identity crisis. This is not a new phenomenon, as division over whether or not LGBTQI persons should be ordained/married/allowed to join church/be deacons/serve on committees/bake casseroles/be prayed with or not be prayed for has plagued every single Protestant denomination in America. In some cases this has meant full on schism, in others a tentative peace and in other traditions, including my own, a "don't ask, don't tell" in some places.

Last December I was invited to be a guest conversation partner at a large gathering of United Methodists. Over the course of our time together, I took time to talk individually with nearly all of the people there under the age of 40. To my surprise, not a single one of them had yet been ordained and while a few were considering it, the vast majority declared they had not and would not seek ordination.

The last session turned into a series of table conversations where we were asked to engage various questions. A John Wesley quote was read and the question put to us was "How do we get our orthodoxy to match our orthopraxy?" With a non-ordained younger minister at the table, two district superintendents and one bishop I shared the highly non-scientific research of this Baptist outsider.

"Every person I have talked to under the age of 40 here has told me they are not seeking ordination, or have reservations about doing so because they are certain they will be asked a theological question--on LGBTQI inclusion, the exclusivity of Christ for salvation or some other thing they don't believe and they are being told by their mentors 'Just answer as best you can or cross your fingers--we all had to do that.' and these young clergy are saying 'No, I cannot do that-I will not do that.'"

I then asked the table if this was an accurate read of the situation. With a few glances between them, those at the table in higher positions shrugged and said "Yes, that's where we are. We try to put a council together with good people who won't do that, but yes, often that is the case." My follow-up question was "Then how in the hell can we talk about orthodoxy or orthopraxy when you're best and brightest have too much integrity to lie to get the approval they need to serve?"

Of course, it's easier to critique outside of your own tradition, but this idea of calling and ordination--setting apart people who feel called of God to love and to serve others--has been a recurring theme for me of late within my own Baptist family. In the last week alone I have participated in the ordination of one of the kindest and most gifted ministers I know who was repeatedly told by mentors and advisors that when he returns to his country of origin they will not recognize his ordination and see him only as Westernized. I have had dear friends come out as LGBTQI and ask their churches of origin if they were rescinding their ordination--one which revoked the ordination of my friend and another that freely blessed the wholeness and goodness of the other. Then one of my colleagues asked if we would consider ordaining a seminary student who does not attend our church because that minister's church of origin would not ordain them.

As a Baptist who believes passionately in congregational ordination, this breaks my heart. There is nothing more sacred than loving and serving a community of people that in turn affirm and ordain you. Most often this is, and should be, a celebration of the energy and enthusiasm (a term that etymologically means "God inside you") of the minister and a blessing on their future ministry. But this can only happen when the minister can love and serve openly in that community--with all of their strengths and weaknesses, giftedness and shortcomings, hopes and fears. Too often the fear of "will they still accept me?" permeates the one place on the planet that was created for the sole purpose of unconditional acceptance of all people.

Perhaps what is most at stake is whether or not one can afford to be an honest minister. Throughout our legislative and judicial system folks are regularly required to swear to "tell the truth, the whole truth, so help me God." But what about when you don't know what the truth is? Someone many years ago wrote that is what is called the "mystery of faith" and I would suggest that is exactly what we seek God's help to understand. Call it a low view of ordination, but as ministers I think we are simply asking for God's help a little more than your average lay person.

As younger generations grow increasingly frustrated with a church predicated on neat answers and superficial relationships, perhaps it is well that these ministers find their congregation among the masses--in coffee shops and cubicles, in the gym and at the bar. These spaces ordain those who are honest and ritually baptize those willing to be vulnerable. If the Church refuses to do so, it will continue to struggle to find courageous young leaders who were too busy following earlier trail-blazers of the Spirit. After all, it was the original Methodist himself who boldly proclaimed "the world is my parish."