HONG KONG -- The streets of central Hong Kong remained firmly in the hands of youth on Monday as the city lurched through a full day of democracy protests that stopped traffic and led to tense standoffs with police.

This past weekend had marked the first major escalation of the long-simmering standoff between police and protesters, with authorities employing tear gas and pepper spray in attempts to scatter sometimes unruly crowds who are demanding more democratic elections. Instead of dispersing the protesters, the more militarized police response led to a major swelling of the crowds, with students and other young people firmly in control of major sections of the city by Monday night. 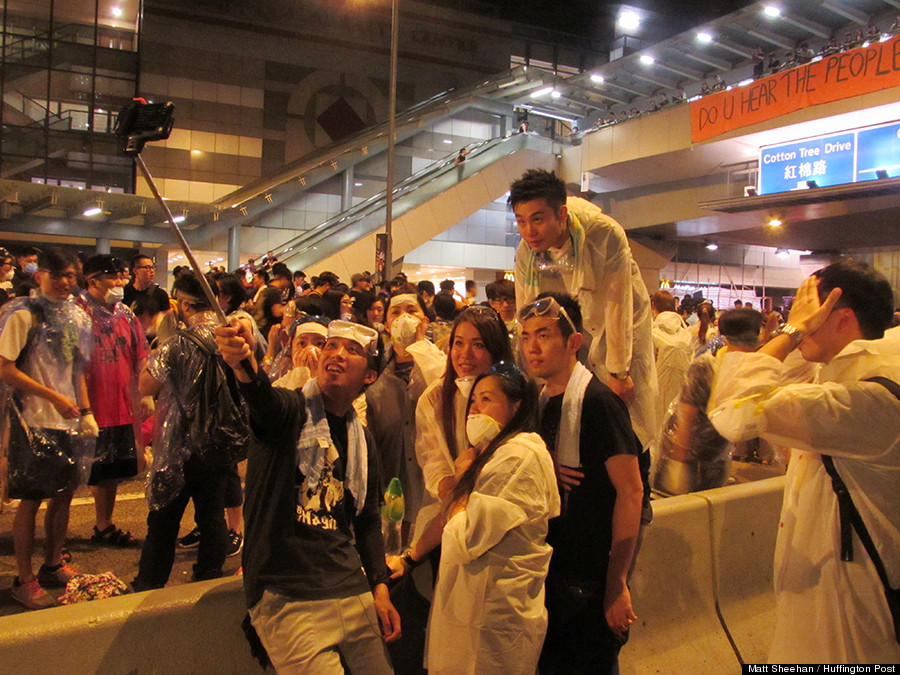 Riot police were ordered to stand down in many areas Monday morning. (Hong Kong time is 12 hours ahead of the U.S. East Coast.) After that, the protests took on a more festive atmosphere, with groups of teenagers posing for gas mask selfies and curling up for naps on abandoned highways.

Late into Monday night, organizers were doling out water and food as well as goggles, plastic wrap and umbrellas to ward off any resumption of tear gas assaults. 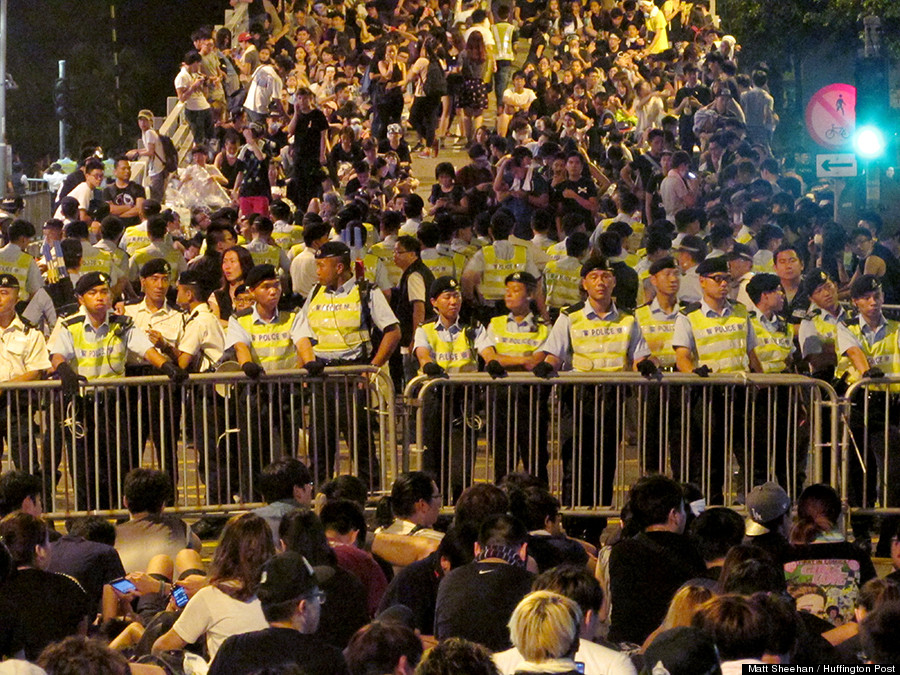 By midnight, the crowds were overwhelmingly made up of young people, many of whom said they planned to remain in the area indefinitely. The Admiralty neighborhood remained one of the focal points of protest, with huge masses of students chanting beneath banners that read "Do You Hear the People Sing?" 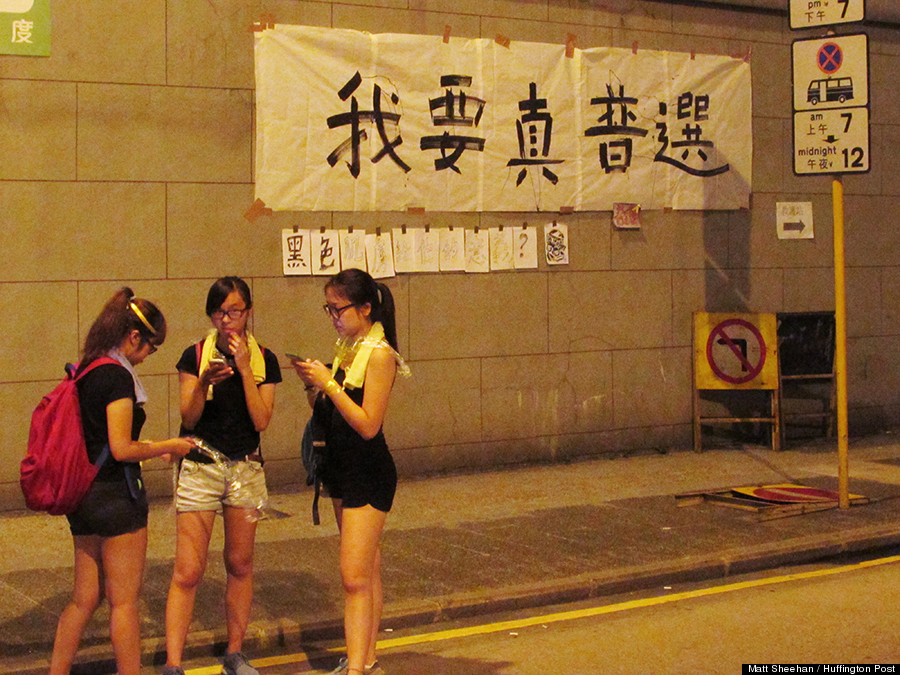 The current protest season has been building ever since Beijing announced a controversial plan for Hong Kong's 2017 elections. Election guidelines created by China's government would allow for universal suffrage, but candidates would be pre-screened by a committee that democracy activists contend would weed out any democratically inclined candidates.

Beijing has argued that the plan grants greater autonomy to Hong Kong than it ever enjoyed under 150 years of British colonial rule. Democracy advocates said the plan was still dramatically insufficient and pledged protracted civil disobedience. Last week, students had boycotted class and encircled government buildings, but the full eruption of civil disobedience came over the weekend. 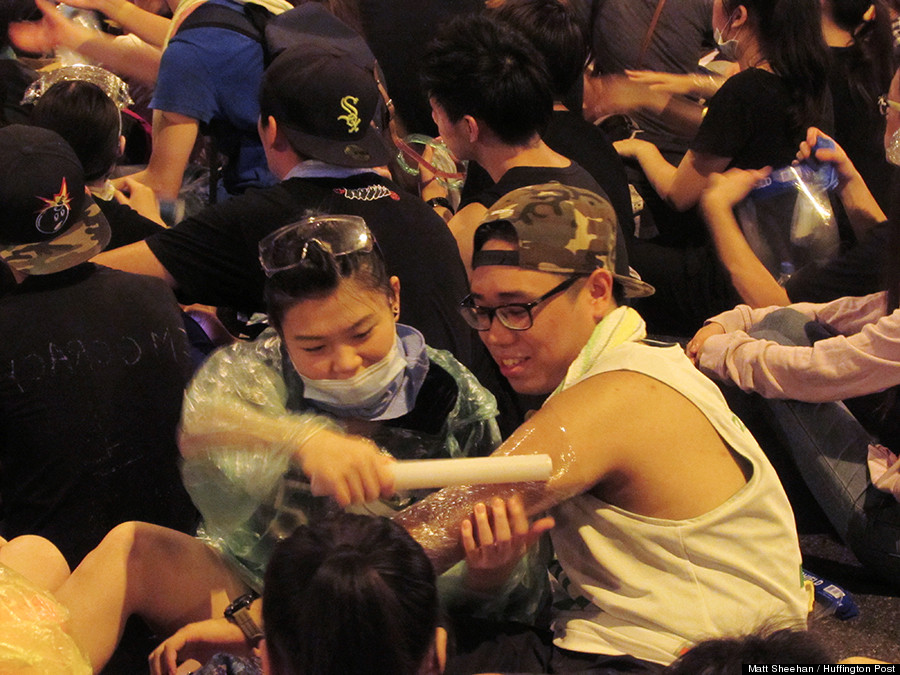 Young protesters cover each other in plastic wrap as a means to minimize irritation from tear gas. (Photo: Matt Sheehan/The Huffington Post)

In explaining their motivation for protesting, some young people prioritized local electoral reforms while others took a more aggressive tack, drawing a hard line between the city of Hong Kong and mainland China.

"Tell the world what happened to Hong Kong and tell the world China and Hong Kong are different," said 26-year-old Lui Yin-fung, a Hong Kong-born sushi chef who came to protest after work. "We are not Chinese, we are Hong Kongese.” 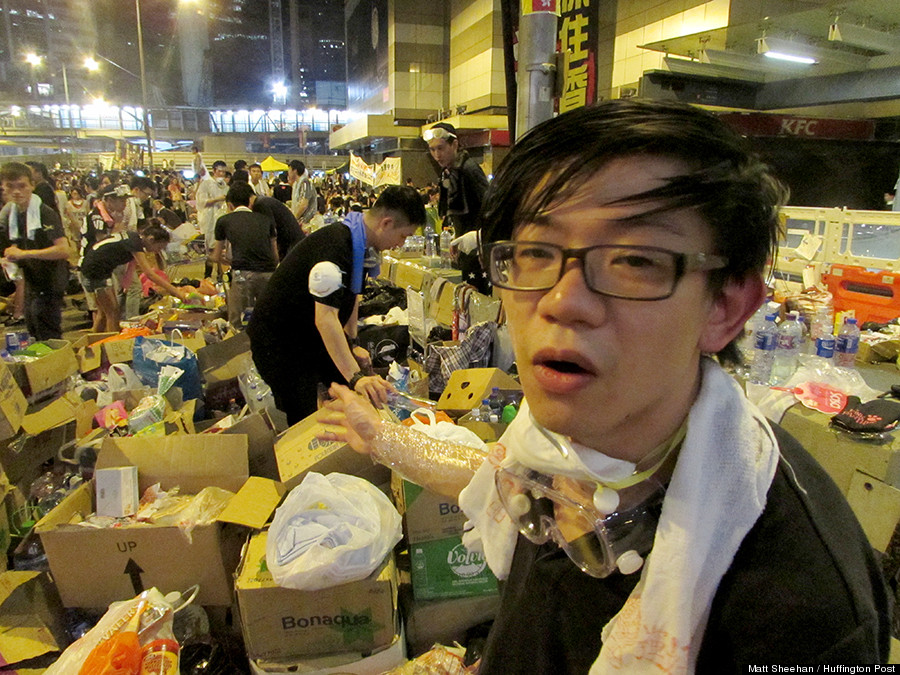 Lui Yin-fung helps distribute supplies. He argues that Hong Kong is fully distinct from China and should be treated as such. (Photo: Matt Sheehan/The Huffington Post)

That attitude is sure to anger the government in Beijing as well as some mainland Chinese, many of whom resent the scorn some Hong Kong natives cast on mainland visitors, whom they accuse of gobbling up Hong Kong resources. 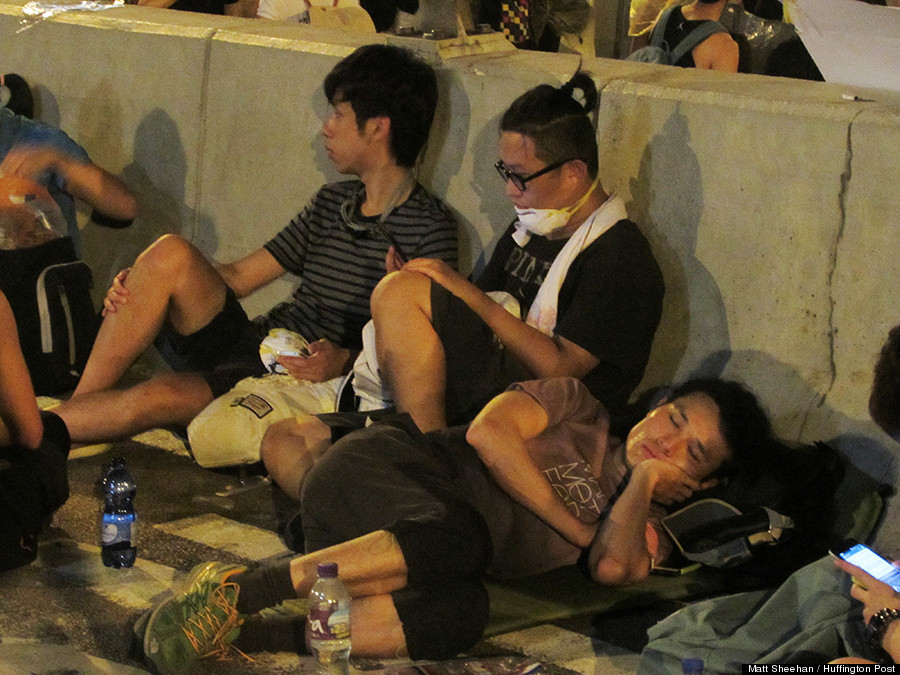 For now, the standoff continues with no clear path forward for either electoral reform or dispersal of the protesters. After passing a relatively peaceful night on Monday, protesters awoke Tuesday morning to what promises to be another hot and grueling day in Hong Kong.