Thousands of protestors took to the streets this weekend to protest the continued detainment of artist Ai Weiwei. The demonstrations, held in the somewhat more liberal Hong Kong, saw students and artists carrying large figurines and wearing images of the beloved creator of the Tate Modern's 2010 exhibition "Sunflower Seeds" and other internationally exhibited artworks. Ai, whose outspoken politics have run him afoul of strict public speech laws in China, was charged earlier this month with "economic crimes" and has been in captivity ever since.

The movement to free Ai and other political dissidents has gained strong support from the international community, including statements from the United States and the European Union. Many Chinese, particularly those from the mainland, have not even had access to news of his arrest. AFP quotes Libby Xu, a 30-year-old tourist from mainland China who was present at the protest:

Given China's low tolerance for dissent, most of the activists quoted declined to be identified. Reports stated that the majority of the protesters comprised artists and students, although dissidents in professional fields, including human rights lawyers, have also been detained. The demonstrations, largely nonviolent but often tensely attended by police, supported a guerrilla art campaign that has begun to infiltrate the city, with artists racing government cleaning crews to keep stencils of Ai's beleaguered face visible in the streets. 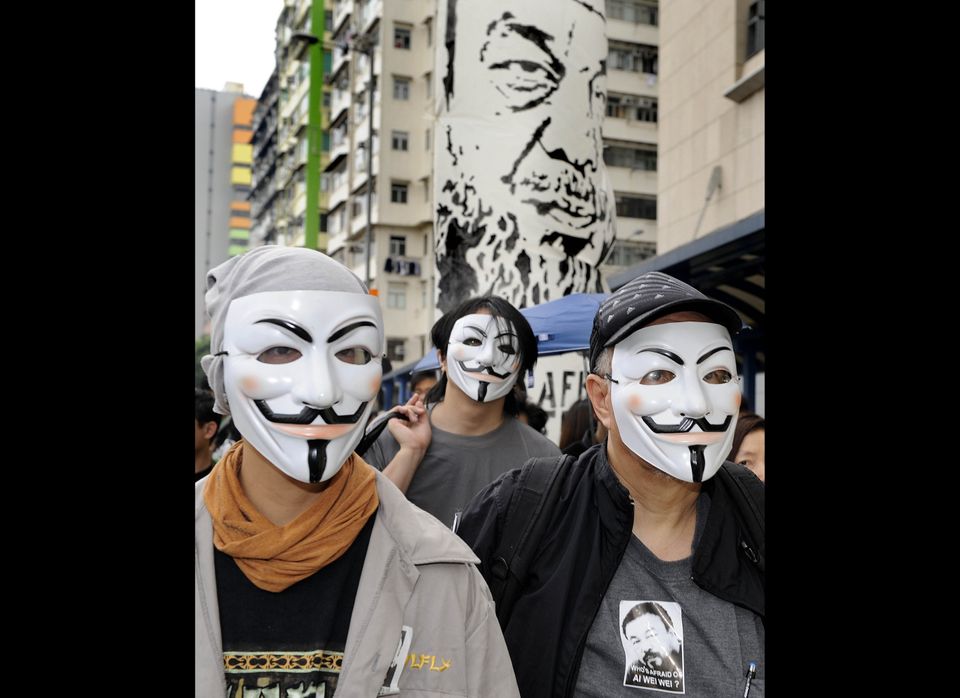