HONG KONG, Oct 31 (Reuters) - Hong Kong will host the 2022 Gay Games, fighting off bids from cities in the United States and Mexico to become the first Asian city to stage the sports and cultural event.

The win comes as gay rights movements in other parts of Asia gain traction with Taiwan’s constitutional court this year declaring that same-sex couples have the right to legally marry, the first such ruling in the region.

The Federation of Gay Games (FGG) chose Hong Kong over Guadalajara in Mexico and Washington D.C., in a vote in Paris on Monday.

A record number of 17 cities had expressed interest in hosting the 2022 Gay Games, 13 of them in the United States.

“The impact that the Gay Games has in host cities is incredible in terms of culture, sport, economic impact, history and most importantly elevating all matters of LGBT+ equality,” the Federation of Gay Games said in a statement.

The games are touted as the largest lesbian, gay, bisexual, and transgender global sports and cultural gathering. Participants do not have to be gay, organisers said.

Supporters of the bid described the games as a victory for the status of the city’s lesbian, gay, bisexual and transgender community.

“This is a big step forward for Hong Kong itself to be able to win this world game ... and it is also a big step for diversity inclusion,” said Alfred Chan, chairperson of Hong Kong’s Equal Opportunities Commission, a statutory body that supported the bid.

Hong Kong, a cosmopolitan former British colony, returned to Chinese rule in 1997 under a “one country, two systems” formula that promises it a high degree of autonomy and freedoms not enjoyed on the mainland.

There is no law against discrimination based on sexual orientation and gay marriage is not recognised in the territory.

The government did not immediately respond to a request for comment.

“I don’t feel any discrimination. But of course I know some out there (do),” said 46-year-old Hong Kong resident Eddie Leung, who participated in the Gay Games in Sydney 15 years ago. “That’s why we need to fight.”

The games are expected to attract over 15,000 participants and provide a HK$1 billion ($128.19 million) boost to the economy, according to the Hong Kong bid team’s press release.

The city’s lesbian, gay, bisexual and transgender community marked a political victory in September when an appeals court ruled that a British lesbian whose partner worked in the city should be granted a spousal visa.

In mainland China, homosexuality is not illegal, although the country regarded it as a mental disorder until as recently as 2001. Many large cities have thriving gay scenes, but many gay individuals still face family and social pressure to marry and have children.

The Gay Games was conceived by Tom Waddell, an Olympic decathlete, and was first held in San Francisco in 1982. ($1=7.8010 Hong Kong dollars) (Additional reporting by Anne Marie Roantree and Pak Yiu; Editing by Michael Perry and Sam Holmes) 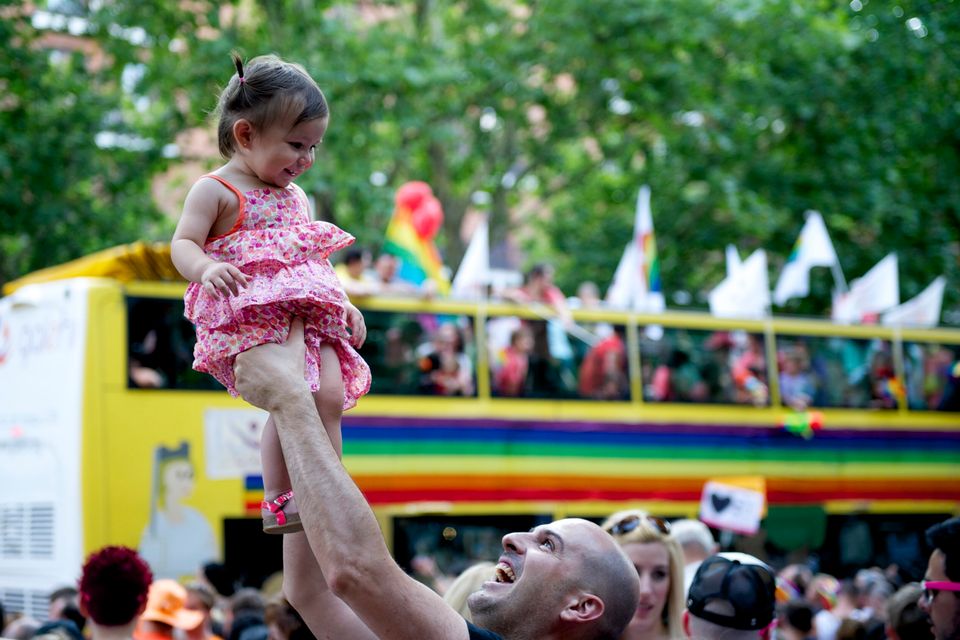