The fight for lesbian, gay, bisexual and transgender (LGBT) anti-discrimination laws continues to expand globally, as evidenced by the over 2,000 people who marched in Hong Kong's gay pride parade Saturday.

As the AFP is reporting, the event's dress code was designated as "sexy and act out," with some marchers carrying penis-shaped plush toys and rainbow-colored pride flags and banners proclaiming "Queer is my power," while Lady Gaga's hit song "Born This Way" blared in the background. The overall theme of the parade was "For queer, for love, for equality."

“We are here today because we want the society to know who we are and we hope they don’t discriminate against the LGBT community,” Mic Au, a 21-year-old student, told the AFP. “I hope the government will enact laws that ban discrimination against homosexuals, at workplace or at schools."

Though Hong Kong is, by most standards, conservative in terms of its approach to LGBT rights (particularly, as AsiaOne noted in July, toward lesbians), a large number of activists from Taiwan and China also participated in the event.

Check out photos from Hong Kong's gay pride parade below: 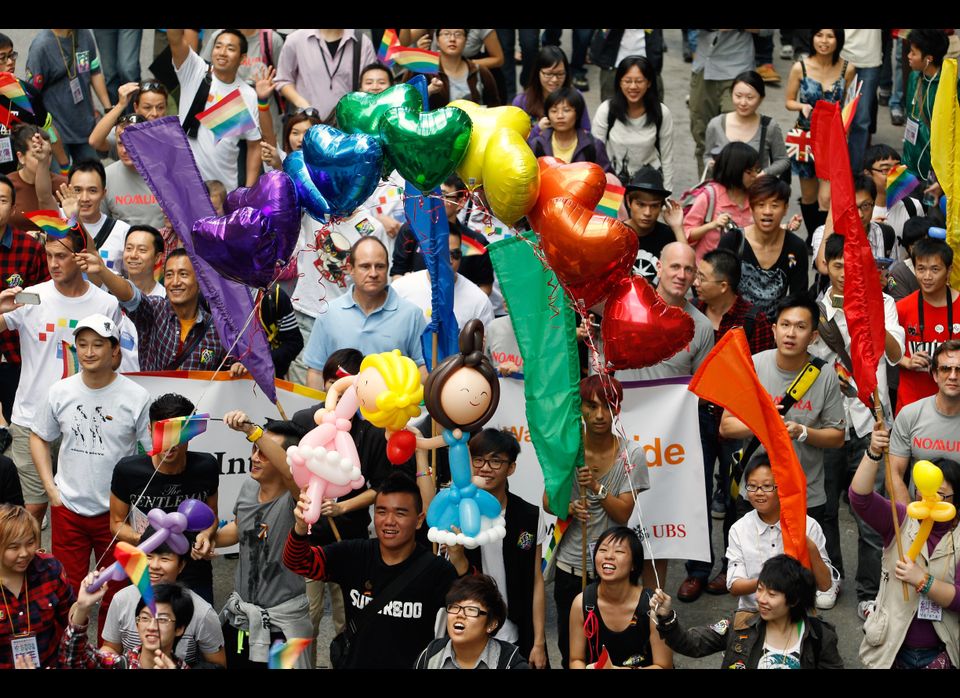