If you thought climbing the corporate ladder was a hair-raising experience, Andrej Ciesielski's extremely dangerous adventures might just give you a heart attack.

The German teenager recently paid a visit to Hong Kong, where he climbed the ladder on top of the 700-foot-tall Lee Gardens One tower (formerly known as Manulife Plaza) in Causeway Bay -- without safety equipment.

Ciesielski, 18, told The Huffington Post his interest in climbing buildings started two years ago when he picked up parkour, but he grew bored with the sport. In search of a bit more adrenaline, he started rooftopping -- or climbing onto roofs, preferably tall ones, which is usually illegal -- and things progressed naturally from there.

"When you are going to the rooftops," Ciesielski said in an email to HuffPost, "you are not afraid of the height, you are afraid of the police -- that's the point."

On the climb featured in this video, Ciesielski was particularly concerned about getting caught because it would mean missing his flight from Shenzhen back home to Munich.

"After the climb I was really paranoid the whole day," he said. "I was afraid that security saw me on camera and [they would catch up to me] at the airport, but fortunately everything went good!"

After a previous climb in 2014, Ciesielski told Caters News that it makes him feel free.

"I do roofing because I love it. It makes me feel free. The first time I sat on the edge of a roof was a real adrenaline kick but now it’s become quite normal to me," he said. “I’ve never had an accident because I’m always very careful and I think twice before doing anything."

Of course, no one should ever, ever attempt such climbs. But hold on tight -- here are some of Ciesielski's photos from the excursion: 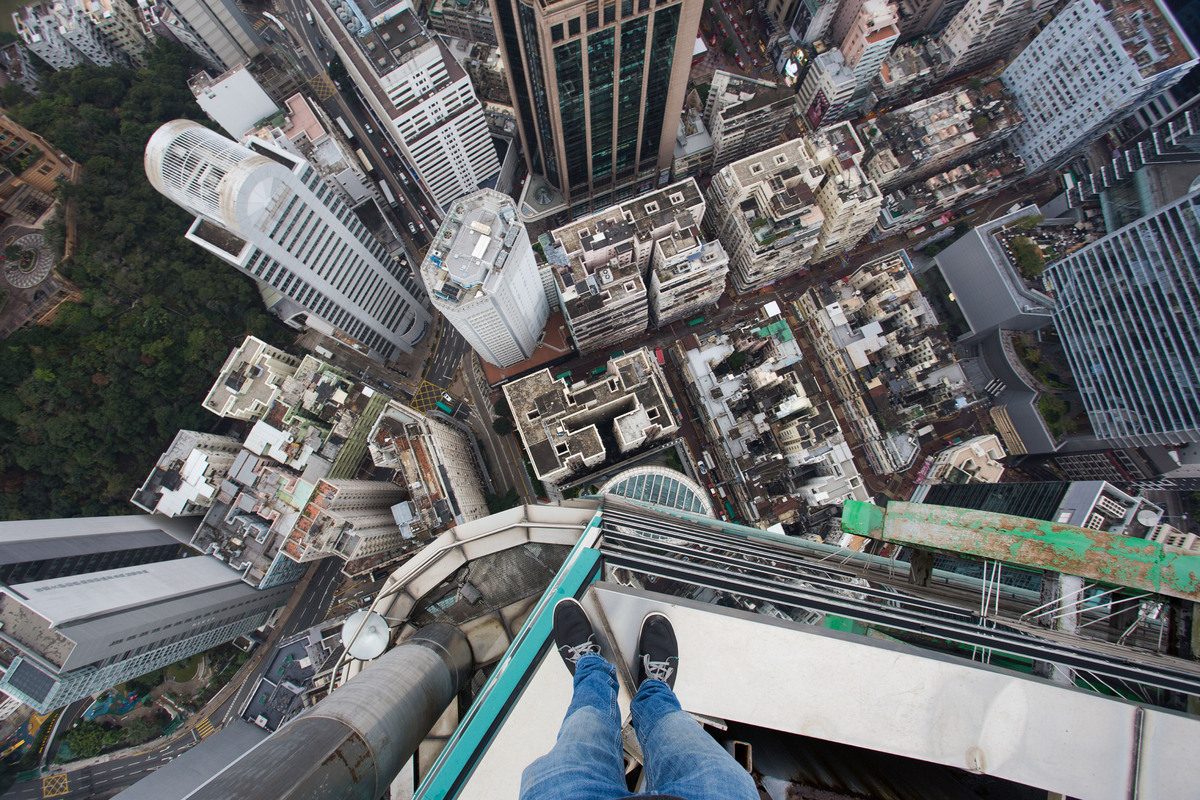 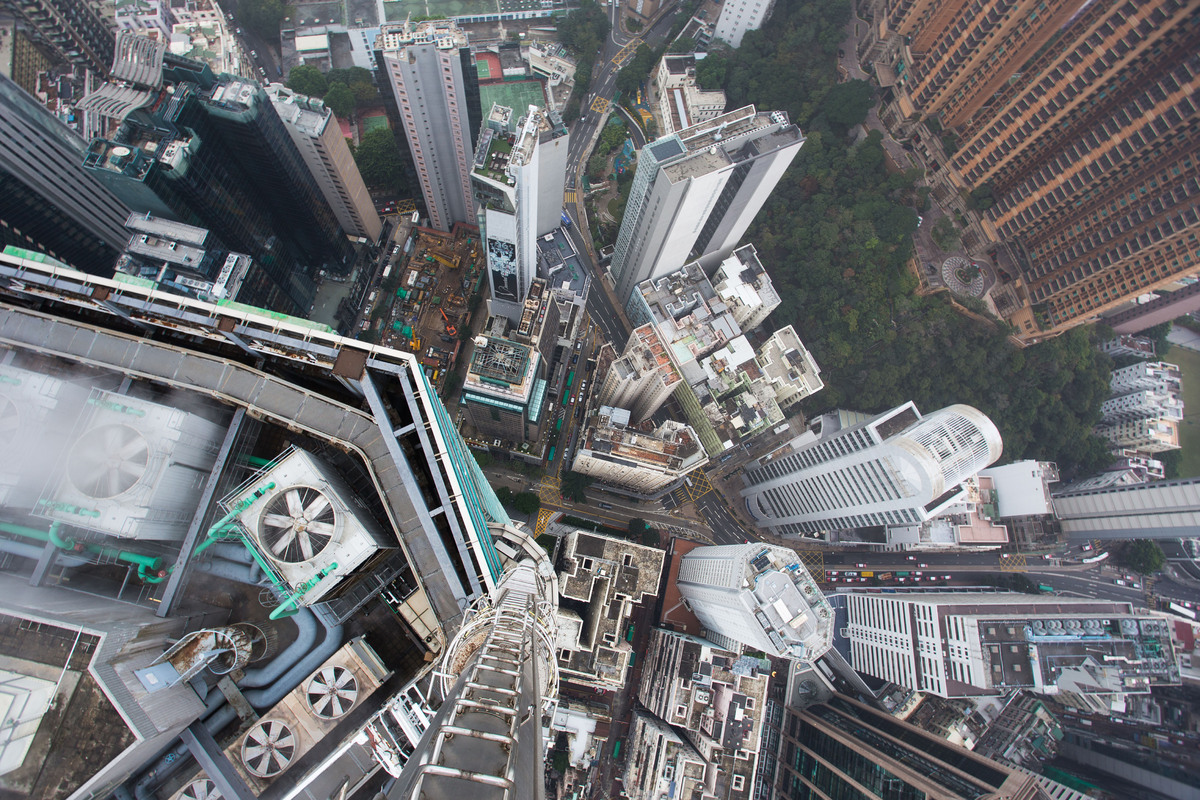 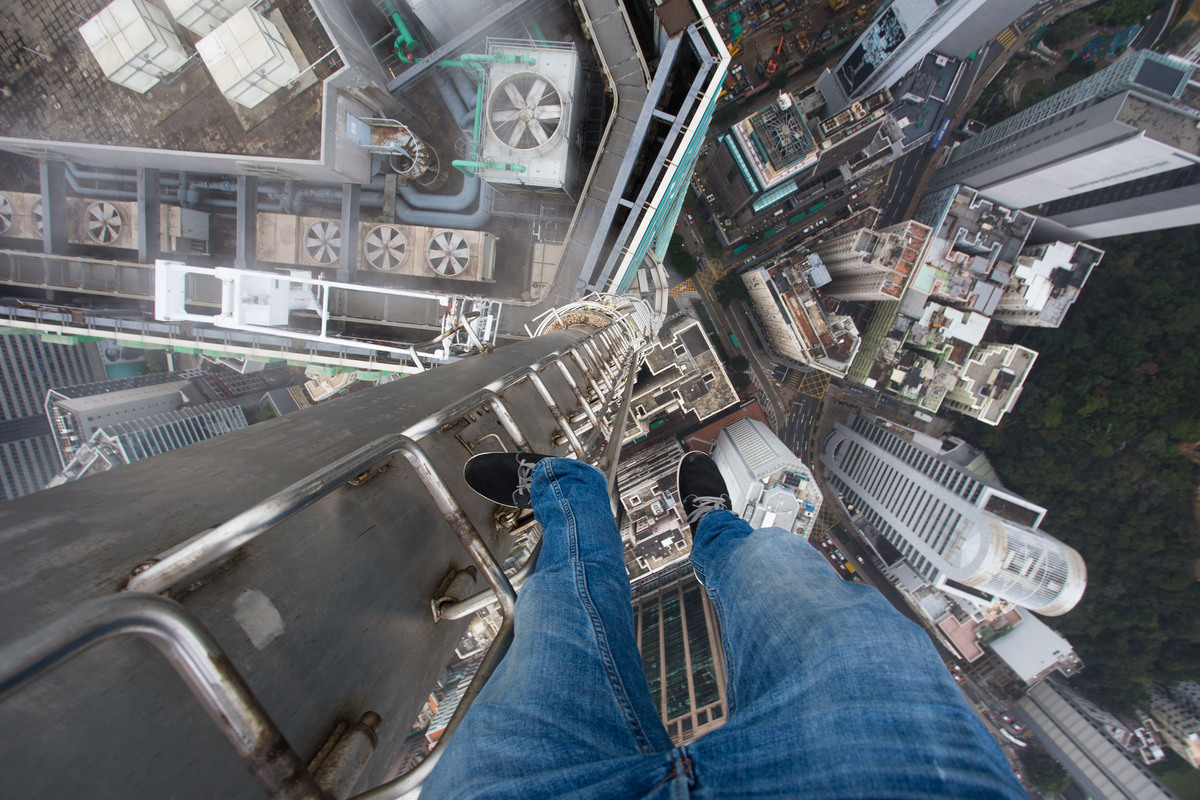 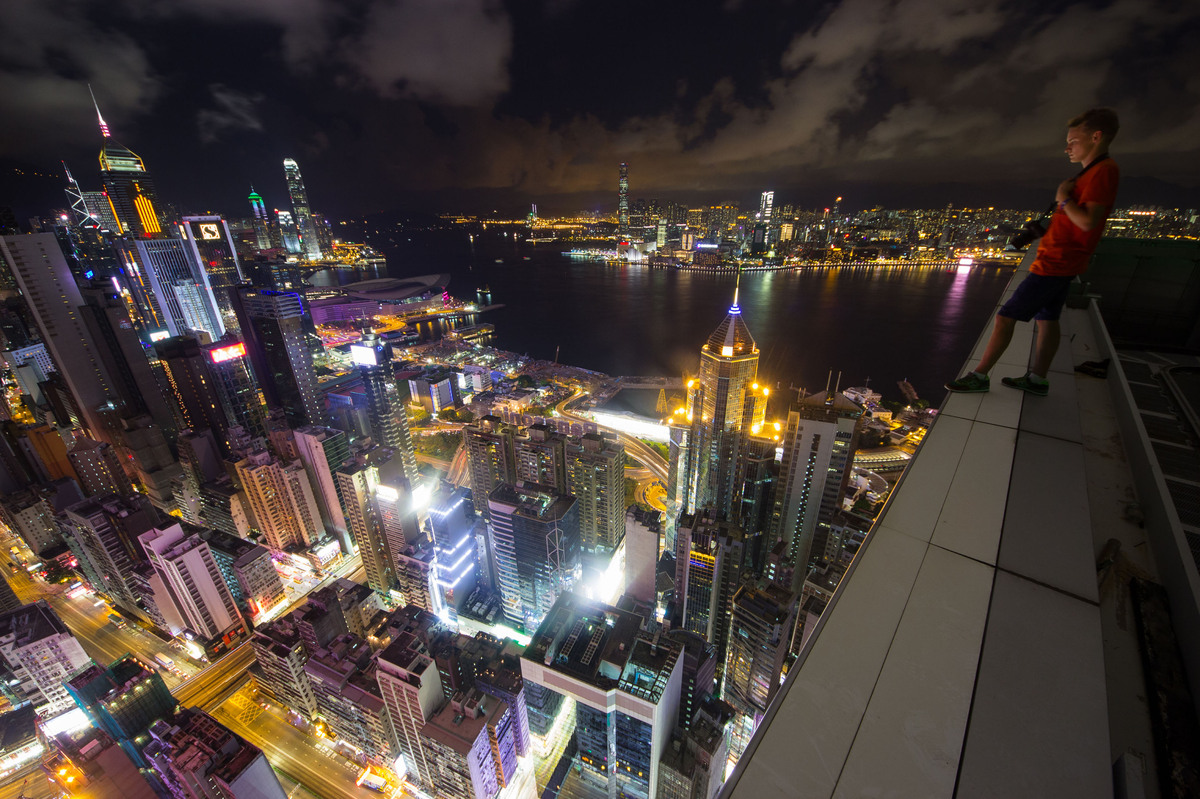 Andrej looks over Hong Kong whilst standing on the edge of a different building. (Caters News)