Woodblock printing and the innovation known as moveable type have their origins in China. Around 600 AD block prints appeared on the scene, perfected on paper toward the end of the Tang dynasty. You could say, then, that the Chinese innovators of the seventh to 10th centuries were some of the world's earliest typography masters.

Twenty-first century artist and professor Hongtao Zhou knows this. His recent project, "Textscapes," is as much an homage to their past ingenuity as it is a tribute to the progress made in design since. 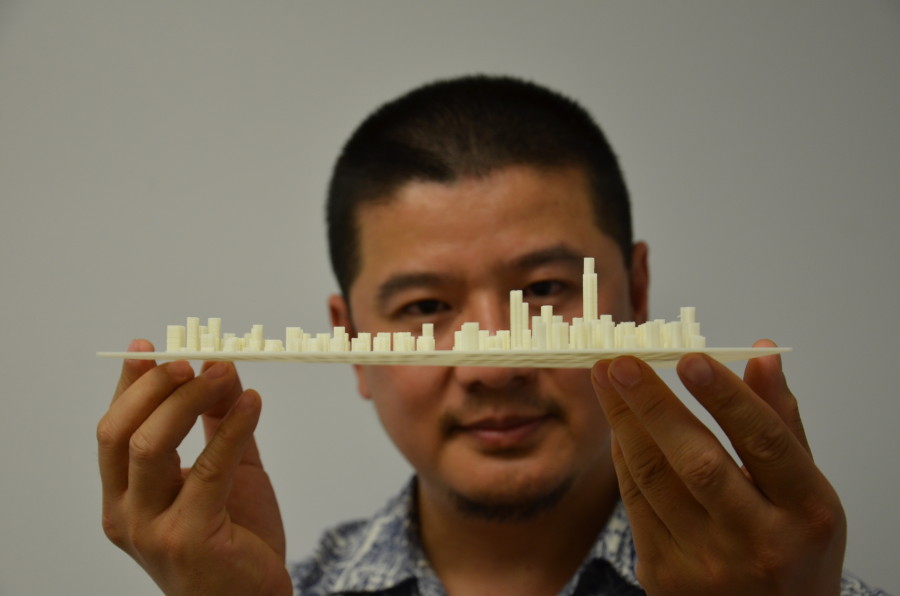 Unlike the printers of yore -- who used wood from date and pear trees, carving out their characters with knives before inking the block and setting the words to paper, Hongtao uses a 3D printer to craft his art. Despite the obvious differences, he sees a parallel. "Printing technology was first created in ancient China to reproduce text using woodblocks," he reiterated to HuffPost via email. Three-dimensional printing, he asserts, echoes these older methods, with its additive process used "more often to create objects instead of duplicate text." 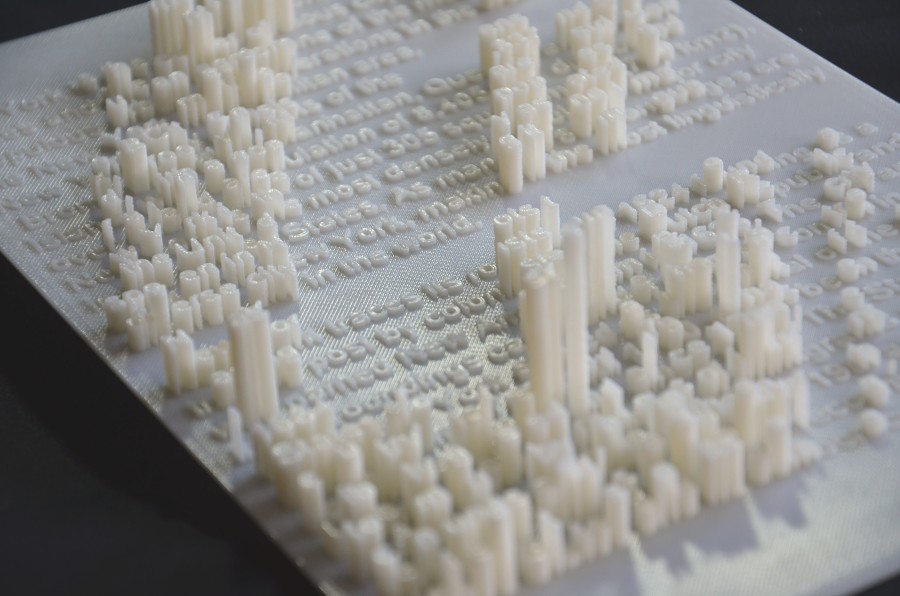 "These documents make reading interactive for a general audience... [it's] knowledge as well as art," he added. "This series of work has text variations of braille, language characters, calligraphies and number systems to bridge the text and its visuality in architecture, landscape, portraits and abstract matters."

Check out a preview of the series here and head over to Hongtao's website for more information.

Other participating artists and designers involved with "Textscapes" are Tyler Francisco, Rhealyn Dalere and Chin Fang Chen from the School of Architecture at the University of Hawaii-Manoa.

A 3D Font That Reads Like Text, But Can Be Viewed Like Sculpture
8 Shocking Photos That Will Change How You See Consumption 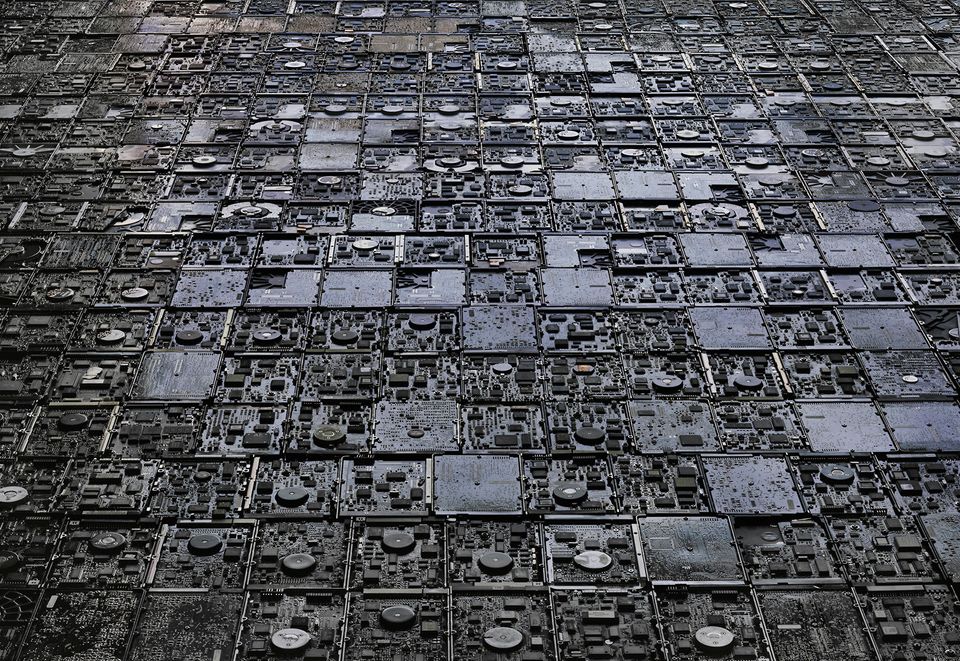