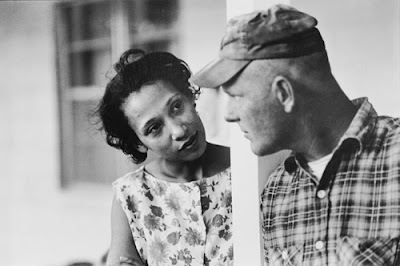 For nearly a decade, thousands of people have gathered on or around June 12 each year, both in small and large organized groups, to celebrate Loving Day. Founded by Ken Tanabe in 2004, the Loving Day Project focuses on fighting racial prejudice through education and building multiethnic community. It serves as the inspiration for backyard barbecues, film festivals, book readings, and meetings in places such as Los Angeles, Calif.; New Orleans, La.; Seattle, Wash.; Denver, Colo.; Wichita, Kan.; and New York City, N.Y., where the largest event, the Loving Day Flagship Celebration, will take place on June 15 at Solar 1, which is located on the East River waterfront in Manhattan. The vision of the Loving Day Project, as explained by Tanabe, "is to create an annual tradition that will make the Loving case a universally recognized civil rights landmark."

Naturally, the occasion of Loving Day has caused me to reflect upon the Loving case; a few of the last words of one of its named plaintiffs, Mildred Loving; and the very meaning of those poignant words. Just one year before she died, and on the anniversary of Loving v. Virginia, Mildred Loving offered a written statement, which proclaimed, in part:

I am proud that Richard's and my name is on a court case that can help reinforce the love, the commitment, the fairness, and the family that so many people, black or white, young or old, gay or straight, seek in life.

My generation was bitterly divided over something that should have been so clear and right. The majority believed that what the judge [in a lower court in Virginia] said, that it was God's plan to keep people apart, and that government should discriminate against people in love. But I have lived long enough to see big changes. The older generation's fears and prejudices have given way, and today's young people realize that if someone loves someone they have a right to marry. ... I support the freedom to marry for all.

To say that Mildred Loving's words are inspiring would be an understatement. I wish we all could move forward, both legally and socially, with her beautiful words in support of "the freedom to marry for all."

Yet, just the other day, my friend Doug Cutchins emailed me a link from advocate.com that highlights the dangers of a new children's book: God Made Dad and Mom by Amber Dee Parker. Parker asserts that her new book "can be used as a tool by grandparents, parents, aunts, and uncles, brothers and sisters to give to the next generation in teaching them and educating them of God's plan for families between one mother and one father." Advocate.com describes the book as follows:

Endorsed by the American Family Association, God Made Dad and Mom tells the story of a young boy named Michael who prays for his classmate Jimmy and his two dads to learn "the truth" about how God made them after a trip to the zoo where he's told all animal families "consist of a male, a female, and their offspring."

On its cover, God Made Dad and Mom features what appears to be a multiracial family: a brown father, a white mother, and their biracial child.

On Loving Day, I could not help but wonder what Mildred Loving would think of how images of families like hers, and mine, are being used in the fight against the legal recognition of and social acceptance of gay marriage and families headed by gay and lesbian couples. Like my friend Doug, I have concerns about this new book God Made Dad and Mom. I find the book disheartening, in part because it comes from one of today's young people (whom Mildred Loving referenced with so much hope), and because it is targeted toward an even younger group of people: toddlers and early elementary school-aged children. I also am discouraged by the fact that the book uses the image of one civil rights victory -- multiracial families like mine and Mildred Loving's that are headed by heterosexual couples -- to fight against love and tear down families that are perceived as being wrong: families headed by same-sex couples. It's hard for me to believe that Mildred Loving would ever approve of such tactics. In describing the personal importance of the Loving v. Virginia decision to her, Mildred Loving stated that she, a black and American Indian woman, was grateful "to have [the] freedom to marry the person precious to [her], even if others thought he [a white man] was 'the wrong kind of person' for [her] to marry." On this 46th anniversary of Loving v. Virginia, and as the U.S. Supreme Court continues to consider two more cases that could potentially honor the freedom of gays and lesbians to marry the persons precious to them, we all should even take a short moment to read or reread the powerful words that Mildred Loving left us with in 2007. Happy Loving Day!

Angela Onwuachi-Willig is the Charles and Marion Kierscht Professor at the University of Iowa College of Law. She is the author of the recently released book, According to Our Hearts: Rhinelander v. Rhinelander and the Law of the Multiracial Family (Yale University Press).