There one God whose name is Truth.
He is the creator, without fear, without hate,
omnipresent, free from birth and death,
self-illuminating, realized through the grace of the true guru.
Meditate upon his name
for he was true when time began,
he has been true since the ages,
he is still true.
Guru Nanak says he will forever be true.

Not long ago we lost a great Sikh man, a public servant who lived the egalitarian and altruistic principles which define Sikhism -- Manmeet Singh Bhullar. Forever helping others, Manmeet died in a car accident while going to help a friend.

It was also the birthday of Guru Nanak, the founder of the Sikh religion, as well as the Thanksgiving holiday, and we honor and give thanks for Manmeet's life of service and compassion.

Manmeet was a Member of the Legislative Assembly in Canada and there are many who are honoring him for his professional accomplishments. Along with a few colleagues, I was fortunate to work with Manmeet on a project which was very dear to his heart -- the project to address the urgent needs of Sikhs and Hindus in Afghanistan who number no more than 3,000 in total. These people are desperately poor, mostly homeless, very isolated, and terrified about their future given the growing strength of the Taliban and the arrival of Daesh in Afghanistan. Manmeet had spent the last months of his life working tirelessly to serve this community.

I have traveled to Afghanistan many times to work with Women for Afghan Women, and I always visit the gurudwaras and mandirs in Kabul. I have been concerned for many years about the fate of Afghan Sikhs and Hindus, but have never figured out a concrete way to help. 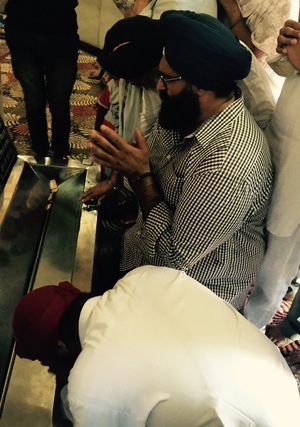 Manmeet, on the other hand, jumped in to help as soon as he learned about the plight of this community, and his service was completely self-funded. Manmeet began to identify which families were the worst off, and those were the people he would help first. Manmeet had already started bringing these families out of Afghanistan to Punjab, in small groups. 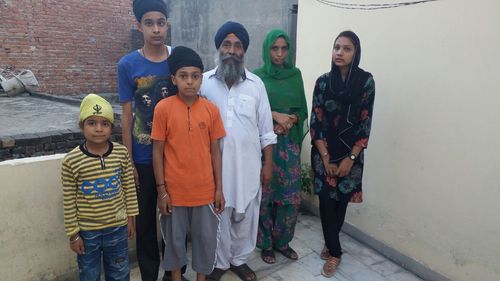 A Sikh family from Kandahar, newly arrived in Punjab, India

Manmeet's father and other relatives greeted these families, arranged accommodations, schools and even jobs for them. He was planning to negotiate with the Canadian immigration authorities to try to bring these families to Canada as refugees. Manmeet's vision was grand, but he did not hesitate to take these small first steps -- there as no time to waste because these people were suffering and in grave danger.

A small group of concerned Sikhs and Hindus in the US -- Gurwin Ahuja, Jaydeep Bhatia, Mannu Sandhu, myself -- connected in recent months with Manmeet and his colleagues Ben Li and Bhupinder Hundal in Canada, and we had several conference calls to strategize about how we could support this noble effort. We all wanted to help Manmeet in any way we could and to raise the visibility of his work.

We are in shock and grief that Manmeet died so suddenly, and pledge to keep his work going.

Gurwin Ahuja, Executive office of the President of the USA and co-founder, National Sikh Campaign:

I connected with Manmeet, during the last few weeks of his life, on his passion project to help Sikh and Hindu refugees from Afghanistan. During these conversations, it quickly became apparent that Manmeet was an incredibly thoughtful and action-oriented public servant and I was genuinely inspired by his dedication to his Canadian community and Sikh community across the globe. It is rare to come across people as dynamic and as caring as Manmeet and I truly appreciate the brief time I had the opportunity to work with him.

Manmeet inspired and demanded excellence from those around him, and never stopped helping those in need. We are all stronger personally and as a community for having the privilege of working with him.

Although I had only known Manmeet for a few months, it became very clear how passionate, intelligent and genuinely compassionate of a person he was. Manmeet's tenacity was infectious. His zeal for making the world a better place served as a source of inspiration for everyone he worked with. Working with Manmeet was an honor and a privilege. I'm incredibly grateful to have known such a benevolent human being.

I never met Manmeet but experienced his great vision, his spirit of courage and generosity, and his beautiful humility on our conference calls. I had been so inspired by Manmeet, and was impatient to engage more deeply in this work. While I will never get the chance to meet Manmeet, I feel blessed that the light of his huge spirit touched me.