Two years ago marked the centennial of the birth of a truly remarkable man, the Swedish diplomat Raoul Wallenberg. In 2012, the year was spent celebrating his life and achievements -- and not just in Sweden and the United States, but in Hungary, in Israel, and in countless other locations around the globe. His courageous and brilliant actions in Budapest during World War II that saved tens of thousands of Hungarian Jews from the Holocaust deserve our respect, admiration and emulation.

This coming Wednesday on July 9, the American Congress will speak for all Americans and convey a powerful message through the bestowal of the Congressional Gold Medal to remember the courageous acts of Raoul Wallenberg. 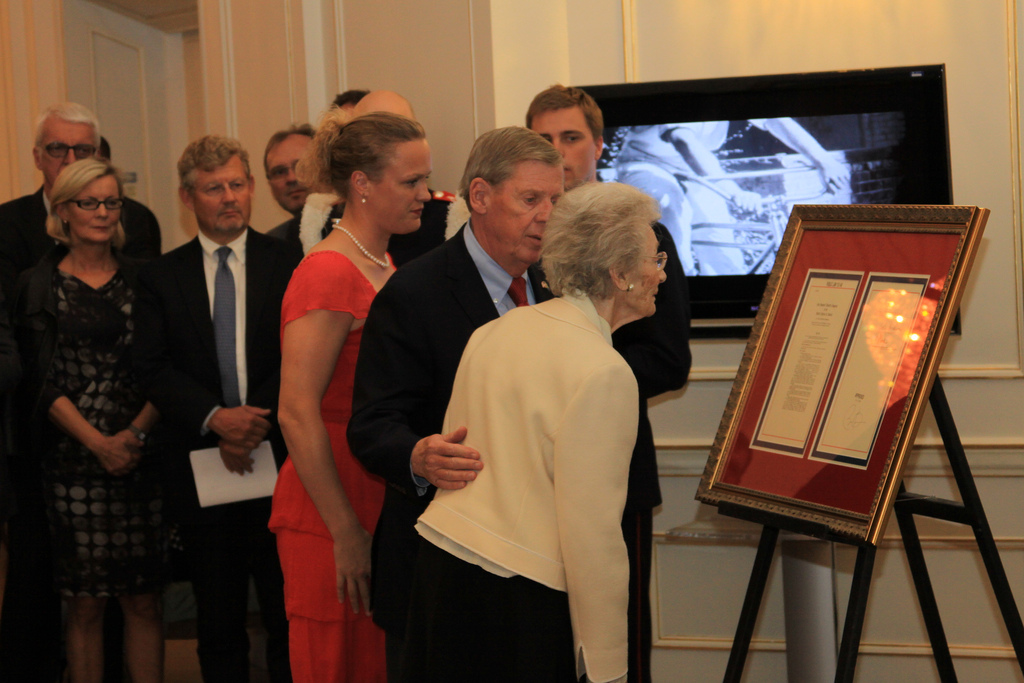 Wallenberg was a diplomat who chose not to be indifferent and to rise to a higher moral calling.

We remember and revere this courageous man whose efforts saved tens of thousands of Hungarian Jews from the Holocaust. Wallenberg risked his life, and ultimately gave his life, for his commitment to basic values. We all have the obligation to ponder the full measure of Wallenberg's personal sacrifice and tragedy.

Born into wealth, for Wallenberg turning a blind eye to the hardship and suffering of others would have been easy. Instead, as First Secretary at the Swedish Legation in Budapest, Hungary during the darkest days of World War II, Wallenberg demonstrated a sense of self-sacrifice to the greater good of his fellow human beings that is a lesson to us all.

A number of diplomats chose to risk their careers and even their lives, and defied official protocols, rules and immigration "policies" to rescue Jews. Many of these diplomats were censured or punished for their acts of courage. Some were fired. Some were stripped of their ranks and pensions. Others were ostracized in their home countries. Their rescue efforts took many forms. Among other selfless acts, they issued visas, citizenship papers and other forms of documentation that allowed Jews to escape the Nazis. 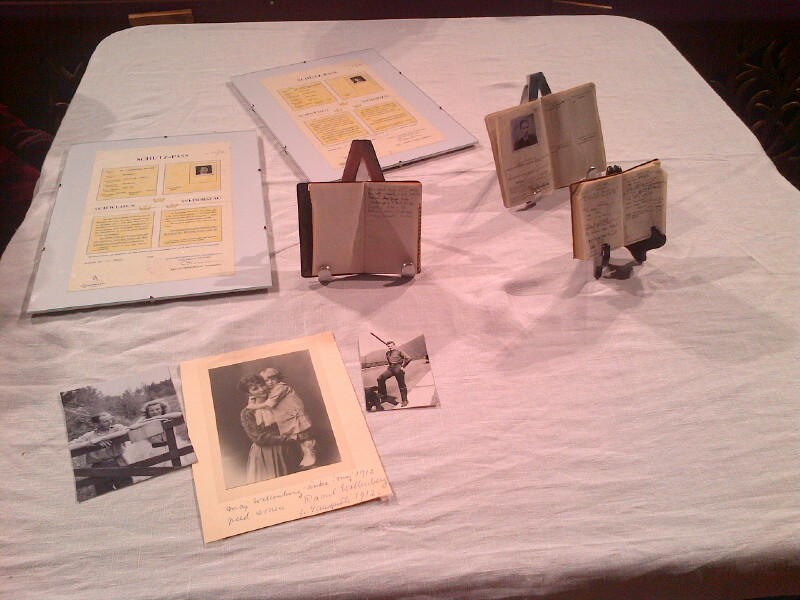 Artifacts in the synagogue during POTUS visit.

Chiune Sugihara, the Japanese consul who saved the lives of thousands of Jews in Lithuania, explained:

Those people told me the kind of horror they would have to face if they didn't get away from the Nazis and I believed them. There was no place else for them to go... If I had waited any longer, even if permission came, it might have been too late.

These diplomats chose not to be indifferent and to rise to a higher moral calling.

Today at Yad Vashem, the Holocaust memorial in Jerusalem, you will find Raoul Wallenberg's tree planted among the Avenue of the Righteous. You will also find 2,000 other trees and 18,000 other names engraved in the walls of The Garden of the Righteous in remembrance of those who risked their lives, and some who gave their lives, to save European Jews from the Holocaust.

Why did they do it? Because they believed that "One man can make a difference." That is the sentence written on the front door of the Raoul Wallenberg School in Brooklyn, New York, one of the many American institutions honoring Raoul Wallenberg. In 1981, the U.S. Congress made Raoul Wallenberg an honorary U.S. citizen, at that time just the second person in history to be honored that way.

"The importance of not being indifferent" is a timely and relevant operating principle in our relationship with the world today. Advancing human dignity and promoting universal rights is at the core of American values. It is also relevant to the challenges of our times, be they in Eastern Europe, the Middle East and elsewhere.

Wallenberg's life is a challenge to us all -- to live those virtues of empathy and compassion, even when it's hard, even when it involves great risk. He came from a prominent family, but he chose to help the most vulnerable. He was a Lutheran, and yet he risked his life to save Jews. "I will never be able to go back to Stockholm," he said, "without knowing inside myself I'd done all a man could do to save as many Jews as possible." So when Jews in Budapest were marked with that yellow star, Wallenberg shielded them behind the blue and yellow of the Swedish flag. When they were forced into death marches, he showed up with the food and water that gave them life. When they were loaded on trains for the camps, he climbed on board too and pulled them off. He lived out one of the most important mitzvot, most important commandments in the Jewish tradition -- to redeem a captive; to save a life; the belief that when a neighbor is suffering, we cannot stand idly by.

As we consider Wallenberg's personal sacrifice, we must remember Wallenberg's tragic end: Languishing in lonely incarceration until he died. Wallenberg epitomizes what self-sacrifice for the sake of others in the context of indifference to human suffering is all about.

While Wallenberg had trained to be an architect, the legacy he left behind is far stronger than one built in stone and mortar; it is the successor generations that followed the people he saved who are today the citizens who are building our societies. Wallenberg not only saved thousands of lives, he also saved our future. It is our duty to keep his memory alive for those future generations who might not have existed without his sacrifice; and to remember that the actions of one person can make an astounding difference.