When Zach Skow, the rescue's executive director and founder, then went to see Hooch, a few things stuck out. The emaciated dog's ears had been hacked off, and his jaw appeared to be either dislocated or broken. Skow packed him up and took him to a vet. An X-ray revealed that Hooch's tongue had been cut off at its base.

Skow told The Huffington Post in an email that he believes the injury came from dog-fighting.

"The practice of tongue and ear removal is common in dog-fighting because they can be latched on to, which is apparently 'bad form,'" Skow said. "With no tongue, life is very difficult. A dog can't drink, eat, clean his mouth or himself, or pant and regulate his body temperature properly."

Doctors immediately inserted a feeding tube so that Hooch could begin to gain weight.

The whole ordeal appears gruesome and sad. But Liz Kover, of Marly's Mutt Dog Rescue, told HuffPost on Facebook that Hooch's story is actually the opposite. Today, he's healthy and confident. He's also learned to eat and drink again. 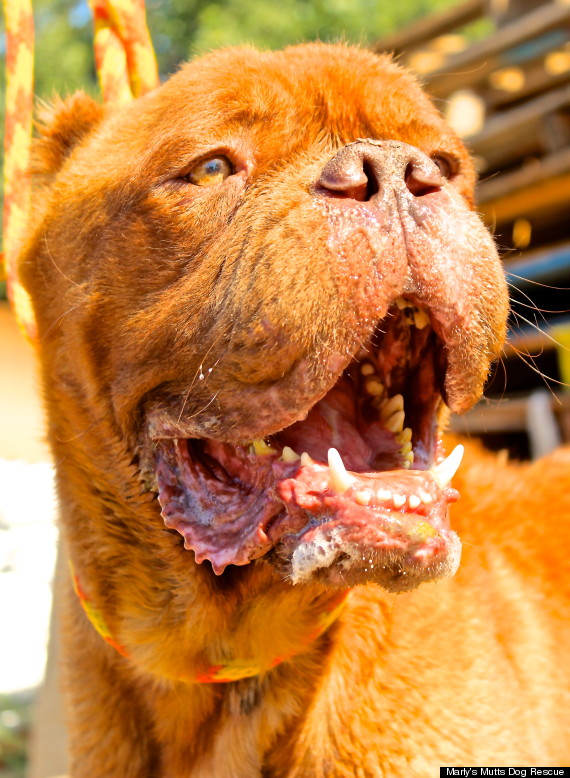 "While we could let anger and hatred darken our hearts, on Hooch's behalf we choose instead to talk about the light that is his spirit," Kover said. "While we could easily tell Hooch's story from a vengeful angle, but this is not the story Hooch tells with his giant smile."

That smile can be seen almost daily on the rescue's Facebook page. On Wednesday, a video showed Hooch happily sitting next to a bowl of water -- and a little puppy.

"What we've discovered is one of the world's most grateful dogs. Hooch has adjusted to life so incredibly well and showers us with affection -- albeit not licks," Skow said. "He knows me and Andrea, his keepers, very well and lights up whenever he sees us. He has zero resentment towards human beings." 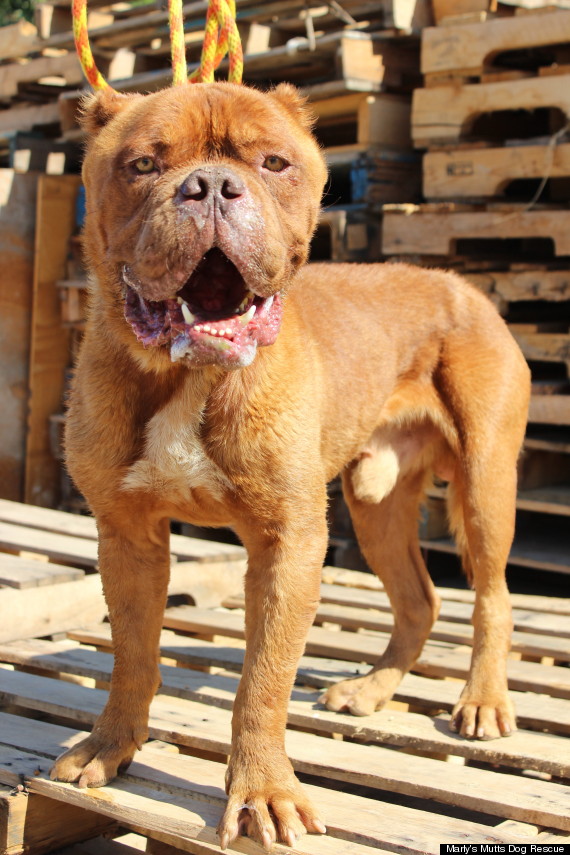 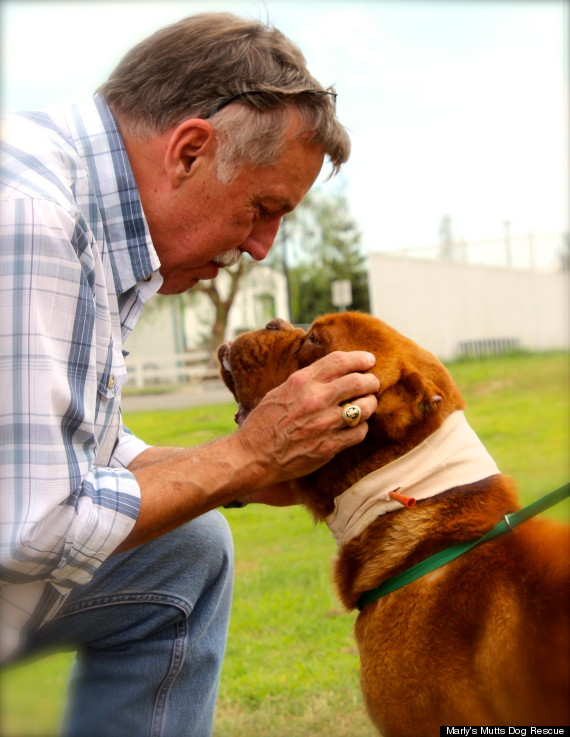 Skow hopes Hooch will help change the minds of people who "view dogs as possessions that can be easily discarded, traded in, experimented on, or tortured."

"I would love to think that Hooch has experienced this worst of human cruelty so that he may help better the world for his kind," Skow said.

"Like all dogs, the lessons Hooch has to teach us are invaluable," Kover added. "To live in the moment and forgive the past, to face each day with the vulnerability born of trusting, and to enjoy the simplest of pleasures as though they are the most profound." 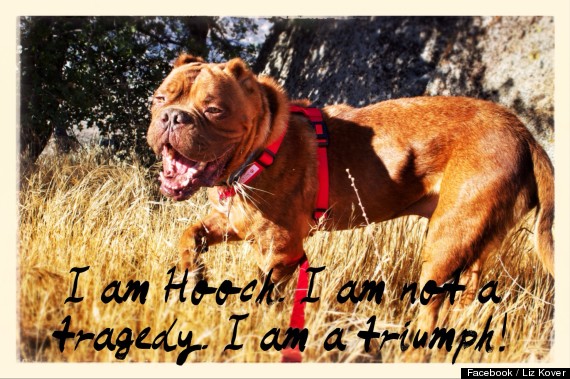