As the big-time Hollywood awards season winds down, you may be left with a bit of a hangover from all the dresses, bloated egos and backstage gossip. Then, right when you think you've heard your last acceptance speech and seen your last picture of Anne Hathaway's nipple-baring gown, you hear about the Hookies, Rentboy.com's International Escort Awards, and the hairs on the back of your neck (or other parts) begin to stand up with intrigue.

Oh, wait, you haven't heard of the Hookies? Well, let me explain.

For the past six years, the world's largest male escort listing site, Rentboy.com, has been honoring guys who put themselves up for hire with awards categories that range from "Best Ass" and "Best Cock" to more technical achievements like "Best Personal Escort Website." The biggest award of the night is "Mr. International Escort of the Year." To a lot of people, awards for gigolos may seem like a joke, but believe me, they are not. It may be over-the-top, but it's a sincere, sex-positive event that, for the past few years, has been hosted in conjunction with the Black Party Expo as the opening number to the weekend of safe fun and debauchery known at the Black Party.

Unlike the AVN Awards or the Grabbys, which celebrate sexual acts on screen, Rentboy.com chooses to recognize the people who fulfill fantasies behind closed doors and sponsors a night that makes them feel like stars. The Hookies provides an opportunity for male escorts to come together, meet each other face-to-face and fight the stigma associated with escorting. They are helping instill a feeling of self-worth and community in what can at times be a lonely and isolating profession. 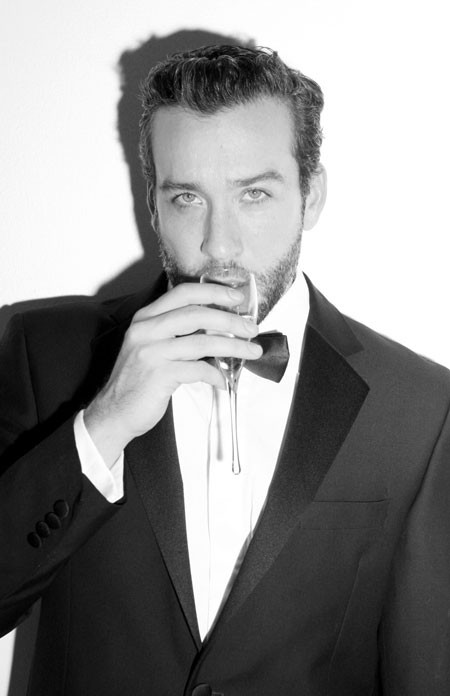 There is no academy, no PricewaterhouseCoopers counting the votes; it's more a People's Choice Awards-type process, with an Oscars flare, allowing the public to nominate and then ultimately vote on the winners online. Rentboy.com puts together a fun and exciting ceremony, complete with celebrity hosts ranging from Leslie Jordan to this year's host, Sharon Needles, winner of RuPaul's Drag Race Season 4. There are comedic monologues, video montages, musical guests and, yes, even acceptance speeches that go on too long (but you may see a naked body or 20 in the process). When there, you laugh at the jokes, you honor men in the industry who've passed, you smell sex in the air, you get horny, you get lucky and you get drunk, but most of all you celebrate, which is much-needed in a community that lives in the shadows and is often demonized.

I have been nominated for the past three years in a variety of categories, including "Best Newcomer," "Mr. New York" and "Best Dressed." This year I'm nominated for "Best Website." Out of the thousands of men available on Rentboy.com from around the globe, and the over 400 working in Manhattan (my hometown) at any given time, I have been singled out. I am proud of that. I work hard at what I do, and it is nice to know that someone out there is honoring me instead of telling me I should be ashamed.

In pairing up with the Black Party Expo the past three years, the event has moved out of the bars and to the historic Roseland Ballroom in Times Square. The opulently decayed Roseland, which holds crowds of thousands of people, gives the Hookies a feeling of grandness and significance, complete with a red carpet, photographers and reporters. All this is only blocks away from cleaned-up Times Square, where our trick-turning predecessors would stand on street corners or in the back of squalid theaters, offering blow jobs and more. If they could see us now and how far we have come, they may think we are crazy, but I hope they would be proud.

The Black Party Expo and Black Party themselves are also sights to behold. They truly are judgment-free zones. It is a chance for men from all social circles to come together and be naughty. It's the only place where you will see quipping queens keeping their mouths shut because they are buying ball gags, hispsters buying cock rings without any sense of irony and muscle marys squealing like young girls when they find the right pair of leather chaps, and I must say it's beautiful. These events foster a sense of community in an increasingly isolating digital era. It's a chance to meet people of all legal ages with similar interests face-to-face instead of woofing at them on your smartphone. It's safe, it's behind closed doors and it's discreet.

For more information on the 2013 Hookies, visit thehookies.com. For more info on the Black Party Expo, click here. (WARNING: Both links may not be safe for work environments.)