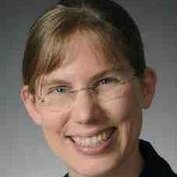 "Everyone can dream big," says Karolyn Evans, Senior Aerospace Engineer at Sierra Nevada, "but only those with hope will actually achieve it." Her education and career path have shown her that hoping means more than wishing; having hope means remembering that "there is always another way," and utilizing every resource, in the face of setbacks. Karolyn's personal and professional experience will be a wonderful contribution to the GlobalMindED Conference, June 9-10 in Denver, where she will participate in a panel discussion on issues in STEM.

Karolyn's mother and father emphasized the value of hard work and integrity to their six children. Finances prevented both parents from attending college, but they gained valuable experience--her father took on an apprenticeship in technology while still in high school, and her mother joined the Peace Corps and worked in the nursing field in Malaysia--and later took on "odd jobs ... to make sure the family was financially stable." As they encouraged Karolyn and her siblings to pursue college, they also recognized that financial support would have to come from outside sources, so Karolyn knew early on that she would be in charge of obtaining her education.

Karolyn is proud of her family, and particularly proud of "how they handle diversity"; those lessons became especially important when she was not admitted to her first choice of colleges, the Air Force Academy. "My mother will tell you that I did not take the rejection well and it is still a 'thorn in my side,'" she admits, but she now recognizes that she found an equally rewarding path (particularly since she works with all branches of the military in her current position). With her family's support, she accepted a full-ride scholarship offer to attend the nearby junior college. After earning her associate's degree, she joined the Air Force ROTC and patched together scholarships to earn her bachelor's degree from Embry-Riddle Aeronautical University: one "for being 5 foot 9 inches, another one for having blonde hair, another one for wearing glasses, and another one for being a woman going into engineering." She began working at Lockheed Martin, which helped pay for her Master's degree at the University of Denver.

Several things, some close to home and some on the global stage, helped Karolyn make up her mind early on to become an engineer. Witnessing the first launch of the space shuttle Columbia and Dr. Sally Ride's story provided examples of the feats engineers could achieve. She also had the support of her Chemistry, Aviation and Physics teacher at Yorkville High School. Mr. Anderson, she says, encouraged her to set her sights high and helped her determine that Aerospace (rather than Mechanical) Engineering would be the best fit. He also helped clarify her goals: "I can still hear his voice telling my parents that they had an engineer on their hands, not a teacher." She feels lucky to have lived in a small town"--Oswego, IL had a population of about 1,500 when Karolyn lived there--where teachers got to know their students well. The combination of a high-profile role model, her parents' support of her dreams, and immediate mentors thus provided Karolyn with the motivation and insight to become a pioneer in her family and in the STEM field.

Karolyn's passion for science and engineering has grown. "What I love about my job is knowing that I am part of a team that has sent satellites around the Earth to help predict weather and see the stars in far-away galaxies, missions to Mars (both in orbit and on the surface), missions to Jupiter and Venus, the first mission to Pluto, and the first mission to land on an asteroid," she says. Co-workers, she adds, become like family because of the hard work everyone puts in and the deep sense of accomplishment. She is also proud of the effect her work has on society: "Ninety percent of my career is helping people understand the world around them and protecting them." Most of all, she is proud on a personal level of "graduating both high school and college, then seeing my mother, older sister and two brothers graduating from college after me. My mother once said that I was the reason she went back to get her degree."

For students who come from a similar background, and for those who have ever been told "you can't do this" or dealt with not being accepted to a dream school, Karolyn offers the wise advice to hold onto the ambitions that made them apply in the first place. She also offers the practical reminder that plenty of scholarships and other financial support can come from unexpected places; with some digging, higher education costs become much less burdensome.

GlobalMindED thanks Karolyn for sharing her story, and looks forward to the insights she will offer students and fellow professionals at this year's conference, where the sky's the limit.