On October 13, 2016, 913 days after their April 14, 2014 abduction by Boko Haram, 21 of the 276 school girls kidnapped from their school in Chibok, Nigeria were released to the Nigerian government by Boko Haram. The Nigerian government contends that the release followed "painstaking" brokered negotiations by the Swiss government on behalf of Nigeria and members of Boko Haram, the world's deadliest terror group. Nigeria, which once maintained a "we do not negotiate with terrorists" stance, further contends that no money was paid to the terrorists and refutes credible reports of a prisoner swap from sources close to the negotiations. The government promises that negotiations are ongoing and that more girls will soon be released.

For now, all 21 Chibok Girls remain in the custody of the Nigerian government, which has promised to ensure their rehabilitation as well as their educational aspirations and reintegration back to mainstream society.

And so the journey begins.

It will be a long, arduous journey to recovery for 21 young women who were utilized as political pawns in a sick game they never signed up to play. Not only do their physical bodies bear the resulting scars of unimaginable evil, their tortured souls have become cocoons which may forever house those memories.

Yet, the journey must begin.

The implications of the negotiated release of the Chibok 21 extends far beyond the obvious joy that arises from their extraction from the grips of hell and reunion with their families. As a #BringBackOurGirls organizer who has campaigned for the rescue of the Chibok Girls for over two years, it also confirms what the movement has always believed about the capability of the Nigerian government and its military i.e., that Nigeria was always capable of ending the nightmare for these innocent souls and their families. Yet, for two and a half years, the long, narrow road to their rescue was laced with corruption, the absence of political will and a warped ideology that denigrates women to "just girls." And so for 913 days, Nigeria appeared to stand by as the Chibok Girls were repeatedly raped, sold, tortured, forcefully married, forcefully converted, trained as child soldiers and utilized as human bombs. Yes, human bombs. 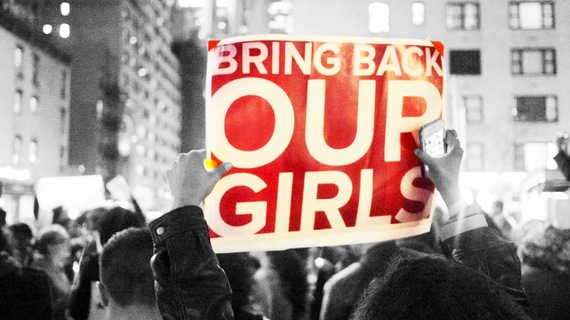 According to Nelson Mandela, "there can be no keener revelation of a society's soul than the way it treats its children." How Nigeria collectively treated the Chibok Girls over the last two and a half years arguably reveals the soul of a country which, at its core, fails to prioritize the girl child. But for the tireless advocacy of the #BringBackOurGirls movement, the Chibok Girls would likely have long been forgotten by Nigeria.

However, October 13, 2016 may represent a turning point in history for Nigeria. Never before, in its brief fifty-six year history, has the country engaged a terrorist organization to release a sizable number of hostages without payment or a prisoner swap. The fact that the hostages were girls speaks volumes, particularly for a country where patriarchy remains the status quo and women and girls are still often treated as second class citizens.

Whether the brokered negotiations were prompted by the consistent outcry of the #BringBackOurGirls movement, pressure from the international community or legitimate concern by Nigeria's government is irrelevant to this writer. The fact remains that action was finally taken to end the nightmare for at least some of the Chibok Girls and their families. For those of us who work with sex trafficking survivors and for others within the movement, #HopeEndures that even more of our girls will be rescued and/or released in the days to come.

There is a final and significant implication of the negotiated release that I hope the Nigerian government will take the time to appreciate. The truth is that two and a half years of inaction by the government on the issue of the Chibok Girls had taken a toll on the psyche of the average Nigerian girl who stands a 25% chance of being sexually violated. Our girls were afraid; afraid to go to school and afraid that if they too were violently stolen, the world would comfortably sit back while their bodies, souls and spirits were broken. 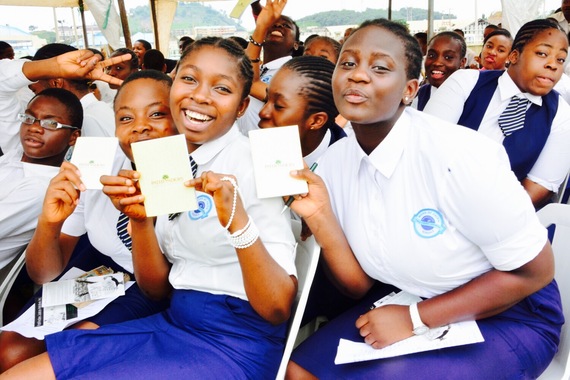 However, on October 13, 2016, girls all over Nigeria began to believe again. Hope was restored and our girls began to believe that the girl child may actually matter. Granted, there is still a very long way to go on the issue of gender equality in a country where our current President believes his wife should be relegated "to [his] kitchen and [his] living room and the other [bed]room," but this small victory should be celebrated, as Nigeria forges forward in doing all that she can to #BringBackOurGirls.

Nigeria, the world is watching and 197 Chibok Girls await.