Last week U.S. Special Envoy to Sudan Scott Gration told the Senate Foreign Relations Committee that although he remains supportive of "international efforts" to bring Sudanese President Omar al-Bashir to justice, the Obama administration is also pursuing "locally owned accountability and reconciliation mechanisms in light of the recommendations made by the African Union's high-level panel on Darfur."

Mr. Bashir has been indicted by the International Criminal Court (ICC) for war crimes and crimes against humanity, but the African Union Panel on Darfur has clearly aligned itself with Khartoum. One panel member, former Egyptian Foreign Minister Ahmed Al Sayed, said in an interview with an Egyptian newspaper, "The prosecution of an African head of state before an international tribunal is totally unacceptable. Our goal was to find a way out." 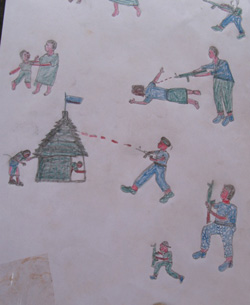 The African Union panel is led by former South African President Thabo Mbeki, who in 2008 dismissed the ICC indictment, saying that it is "the responsibility of the Sudanese state to act on those matters." Then, late last year his panel proposed a counter initiative to the ICC in the form of a hybrid Sudan-based court with both Arab and African judges to be selected by the African Union.

But all this is moot since Mr. Bashir swiftly rejected Mr. Mbeki's proposal. Perversely, Mr. Gration has now thrown U.S. government support to a tribunal that does not and probably will never exist. Even if it did, the "locally owned accountability" he refers to is not feasible under prevailing political conditions, as any Sudan-based court will be controlled by the perpetrators themselves. 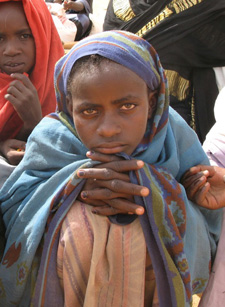 For seven years, the people of Darfur have been pleading for protection and for justice. They do not believe either peace or justice can come while Mr. Bashir -- orchestrator of their suffering -- remains president of Sudan. Nor do they believe "locally owned accountability" is remotely possible under the current regime.

When Barack Obama was elected president of the United States, hope abounded, even in Darfur's bleak refugee camps. Darfuris believed this son of Africa could understand their suffering, would end the violence that has taken so much from them, and bring Mr. Bashir to justice. The refugees hoped that "Yes we can" was meant for them too. They believed President Obama would bring peace and protection to Darfur and would settle for nothing less than true justice.

I have held new babies named Obama and watched as Darfuris began to dream again. Fatima Haroun, a 24-year-old widow and mother told me the day was surely near when the refugees could leave the filth and hunger of the camps and safely return to the ashes of their villages. First, she said, they would honor their lost loved ones; they would search the ashes for bones, wrap them in best cloths, and bury them with respect. They would gather wood and tall grasses to rebuild their homes, they would sing new songs and prepare their fields for planting. Hunger and terror would go away. Omar al-Bashir would rot in jail. 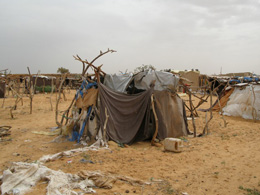 Such hopes did not last long.

Nearly three million souls are still waiting in wretched camps across Darfur and eastern Chad. Sudanese government bombs are still falling, murderers and rapists still roam free, and the refugees have not felt safe for a very long time. The Secretary General of the United Nations, Ban Ki-Moon, has expressed concern over increasing levels of violence in Darfur.

In their darkest hours and through losses too grievous to fathom, the world has repeatedly abandoned the people of Darfur. Over more than seven years, two American presidents have used the word "genocide" to describe what was has unfolded there, but they have done little to end it.

It is past time for us to step up and accept our moral obligation to protect a defenseless people. The American people should urge Mr. Gration and the Obama administration to lead a diplomatic offensive to convince the world to isolate Omar al Bashir as a fugitive from justice, and to whole-heartedly support the only body offering Darfur's people a measure of authentic justice: the International Criminal Court.

Ms. Farrow has visited Darfur and eastern Chad 13 times since 2004.