I wanted to introduce you to one of my colleagues: Julius Lukwago, Director of Marketing and Communications at PSI's affiliate organization in Uganda, PACE. Julius has been working on PACE programs to improve maternal and child health since 2004 and he's currently leading our presence at the International Conference on Family Planning that's taking place this week in Kampala, Uganda. He's written a compelling account of why family planning is such a necessity in places like Uganda and I hope you'll take the time to read through it, below.

MASAKA, Uganda--150km south of the capital Kampala, is a bustling district called Rakai, where the first case of HIV in Uganda was found. That one significant fact has kept Rakai at the center of the international HIV community's attention. Yet what many have failed to notice is that Rakai is also, unfortunately, at the forefront of another battle in the war against poverty and disease. That battle takes place in almost complete obscurity, with few people noticing the thousands of victims, especially women and children, who have fallen along the way. At the center of the struggle is one simple thing: access to contraceptives.

Fatuma and Kobusingye are two Ugandan women with extraordinary hope. Both are farmers, but without farms. They move from home to home, village to village, offering to till other people's gardens for a small fee. For a day's work they are paid one dollar and a meal. At 24, Fatuma is easily mistaken for a grandmother, since the hard labor has taken a toll on her health. Her husband and Kobusingye's are informally employed, working as casual labourers on construction sites to earn a bit of cash. They rarely return with money for their families though. While many Ugandan men take great pride in having many children, they believe it's their wives' responsibility to care for them. 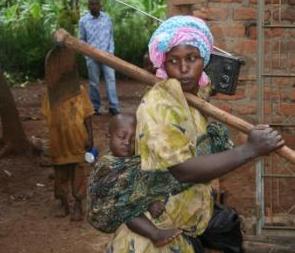 Like many Ugandan women, Kobusingye had her first child at 15. Kobusingye grew up in a family of 19 children. Her parents were poor and couldn't afford to take all their children to school so Kobusingye has never stepped foot in a classroom. "Because of the pain I went through, seeing my siblings go to school while I stayed, I wanted to have few children whom I can afford to take to school" she said. "But the hospital which has modern family planning services is 45km away, the transport cost is high, the queues long and I would have to spend a day away. Who will do my work?" So Kobusingye, who only wanted four children since she knew that's all she and her husband could afford, now has seven to care for. With little financial support, she questions now whether her children will face the same fate - not enough money, no education and limited chance of success in the future.

Her friend Fatuma was once in a similar situation and, like Kobusingye, questioned the level of access to contraceptives and family planning in her community. "If I want a coke, I don't even have to go far. It is just three shops away. Why can't we have family planning services accessible like that?" she asks.

In Uganda, the unmet need for family planning is incredibly high, with 41% of the population in need. Uganda's current population is estimated at 31 million. In 2050, a US Census Bureau estimates it will be at a staggering 128 million. While a lack of family planning services and access to contraception is at the heart of Fatuma and Kobusingye's frustration, it is also at the heart of much more. In 2006, John Cleland et al wrote in The Lancet: "promotion of family planning in countries with high birth rates has the potential to reduce poverty and hunger and avert 32% of all maternal deaths and nearly 10% of childhood deaths". "It would also contribute substantially to women's empowerment, achievement of universal primary schooling, and long-term environmental sustainability" they added.

What Cleland et al said then and we can still say now is that "most governments of poor countries already have appropriate population and family-planning policies but are receiving too little international encouragement and funding to implement them with vigor. What is currently missing is political willingness to incorporate family planning into the development arena".

The private sector is full of life in Uganda. Fifty-two percent of women access family planning services through the private sector, though this access is limited to a few methods and supply is intermittent. Social marketing agencies like PACE, an affiliate of US-based Population Services International, work in partnership with the Ministry of Health to train and support private clinics to provide long term family planning methods. These efforts have helped build a network of roughly 100 accredited clinics branded in Uganda as ProFam.

In September, PACE organized a marketing campaign to drum up support for a newly accredited clinic in Kyazanga-- Munazzmat clinic. Very few women turned up for the day of the 'summer sale'. Apparently their husbands, not in support of family planning, instituted a curfew. Two weeks later unbeknown to the husbands and a pleasant surprise to the health providers, the clinic was overwhelmed by a surge of women who walked in piecemeal ready to pay the regular fee for a long term method of family planning.

Fatuma is lucky to have a husband that supported the decision to use modern contraceptives. "We are aware of the value of family planning but we didn't think of using it because the issue of the high cost of living hadn't set in until we started thinking of the cost of educating the children at secondary school level" said Zubairu, Fatuma's husband. "I wanted to start using family planning a while back, so when we heard that our Munazzmat clinic had joined Profam and was now able to provide family planning services we were happy. I went there and I got the Implant, so I can now concentrate on taking care of the children I have without adding another," Fatuma added. 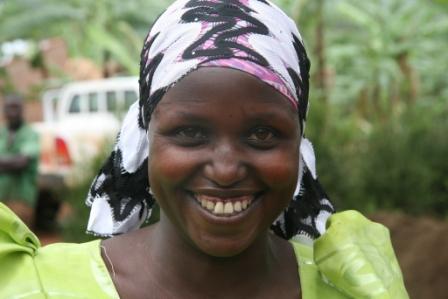 Now a satisfied user of family planning services; Fatuma lauds its benefits and has since joined the league of family planning promoters in her community. She together with a group of village health teams mobilizes women in her community for discussions on family planning often held at a volunteer's home. She's grateful that amongst all the worries she had, that of yet another unplanned and unwelcome pregnancy has been taken care of. This hope she continues to spread on to other women.