U.S. Soccer handed goalkeeper Hope Solo a six-month ban from internationals on Wednesday after she branded opponents Sweden “a bunch of cowards” at this month’s Rio Olympics.

The Swedes beat the United States 4-3 in a shootout on Aug. 12 to move into the semi-finals at the Rio Games, denying the Americans a chance to win a fourth straight Olympic title.

“The comments by Hope Solo after the match against Sweden during the 2016 Olympics were unacceptable and do not meet the standard of conduct we require from our national team players,” U.S. Soccer President Sunil Gulati said in a statement.

“Beyond the athletic arena, and beyond the results, the Olympics celebrate and represent the ideals of fair play and respect. We expect all of our representatives to honor those principles, with no exceptions.

“Taking into consideration the past incidents involving Hope, as well as the private conversations we’ve had requiring her to conduct herself in a manner befitting a U.S. national team member, U.S. Soccer determined this is the appropriate disciplinary action.”

Solo, who was previously suspended for 30 days in early 2015 for her conduct, would start her suspension immediately, U.S. Soccer said.

The 35-year-old hit the headlines in January last year over a domestic violence case that was dismissed after she pleaded not guilty to striking her sister and nephew during a dispute at her home in the Seattle suburb of Kirkland.

Solo, who played on Olympic gold medal-winning teams in 2008 and 2012, said in a statement to Sports Illustrated she was “saddened” by the ban.

“For 17 years, I dedicated my life to the U.S. women’s national team and did the job of a pro athlete the only way I knew how - with passion, tenacity, an unrelenting commitment to be the best goalkeeper in the world, not just for my country, but to elevate the sport for the next generation of female athletes.

“In those commitments, I have never wavered.”

Following the United States’ exit from the Rio Games tournament, Solo told the magazine she was proud of her team mates for coming back from a goal down to draw 1-1 but was highly critical of Sweden’s tactics.

“I’m very proud of this team,” she said.

“But I also think we played a bunch of cowards. The best team did not win today,” said Solo, who later confirmed in a Tweet she had made the comments after the match in Brasilia.

As a result of her suspension, Solo will not be eligible for selection to the U.S. national team until February next year. 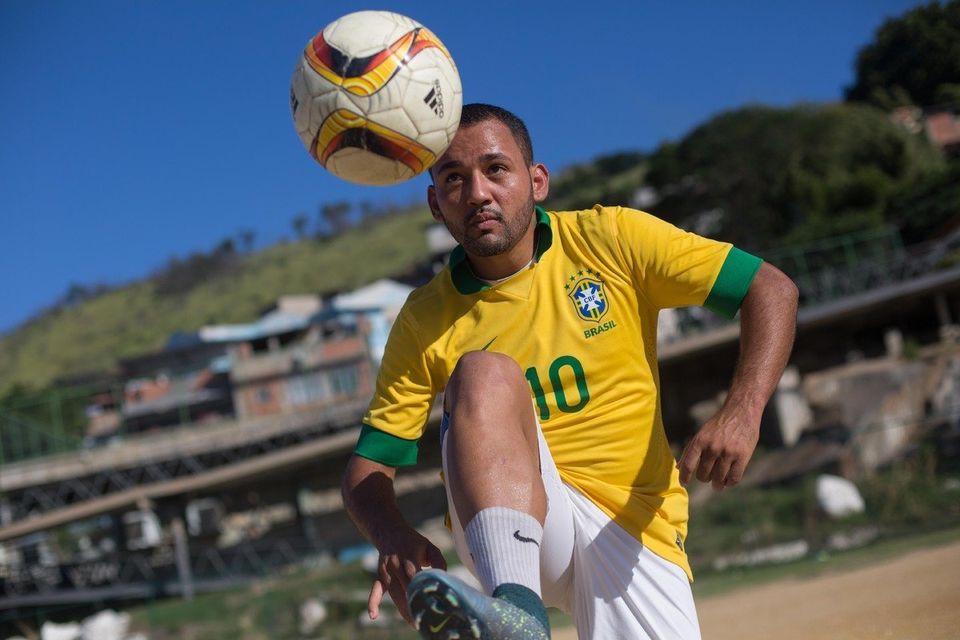 1 / 7
Anselmo da Silva Nascimento, 27, security worker. Resident of Caju.
"I'm sure my life would be a lot different without soccer. There's no doubt. Soccer opens up our minds to many things; we are not limited in what we can do and it prevents us from going down the wrong path. I was born and raised in the Caju community. Many of my friends, who grew up playing soccer with me gave it up, and ran into bad situations. Some of them were arrested, others died, others got involved in drug trafficking and lived broken lives. It could have been different with soccer in their lives.<br><br>It's exciting when soccer is involved. People cry when they win. They cry when they lose.<br><br>Caju is a good and cheerful community, full of kids who have the talent but lack access to the resources to develop their skills. This region is lacking in&nbsp;investment. It's a community like any other, full of people who pursue their dreams and fight to achieve something in life, like any other middle or upper class citizen.<br><br>Regardless of race, color or where you live, no one can judge you. People from Caju are like any other kind of people. They are educated: There are lawyers, engineers and even PhDs living there."
Mauro Pimentel/HuffPost Brazil