Increasing violence, threats and intimidation in 2015 left nearly 230,000 Afghan children without access to education and healthcare, according to the United Nations.

Miriam, an 11-year-old from Afghanistan's eastern Nangarhar province, believes she and her family are lucky to have escaped alive. Her village in Achin district is a place of fierce fighting between Taliban, Islamic State, and government fighters.

During one battle, a mortar landed on Miriam's friend's house, killing her. "There are a lot of killings and beheadings," she said.

With them, come threats and intimation - especially against girls' schools, and Miriam remembers the chilling day 10 months ago when ISIS fighters marched into her classroom. "We had just completed the mid-year exams, and one day the ISIS fighters told us not to come to school anymore. They had guns and everyone was so scared."

Miriam's school is one of more than 23 out of 46 in the district that local officials say are now closed because of fighting. 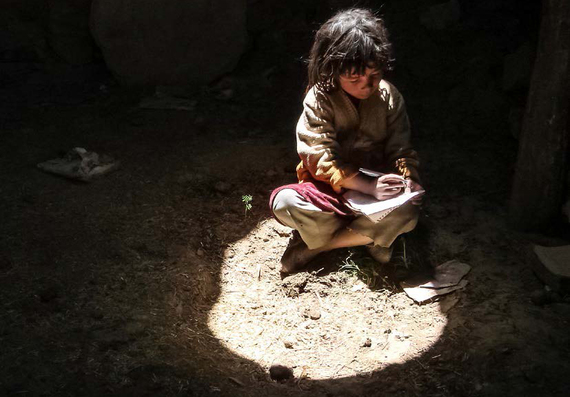 Across the country, incidents like this are on the rise, according to "Education and Healthcare at Risk," a new report by the United Nations Assistance Mission in Afghanistan (UNAMA).

Girls are particularly vulnerable. According to the report, 213 girls schools were shut down last year, denying nearly 51,000 girls access to education. In addition to closing schools, anti-government forces created additional barriers to education for women and girls by prohibiting education beyond 4th or 6th grade, and in many cases by completely banning them from going to school.

Even before ISIS shut down her school and started using it as a military base, Miriam knew her days there were numbered.

"People can send their daughters to school, but only for preliminary education. They have to stop sending them in 6th grade," she said.

"Conflict-related violence not only puts Afghan children at risk of harm, but also limits their fundamental rights to education and healthcare," said Danielle Bell, UNAMA Human Rights Director. "Efforts must be redoubled to enable children - particularly girls - free and safe access to medical services and education."

All parties in the conflict - including the United States - have taken over schools for their military operations, according to UNAMA. Over the past few months, a school abandoned because of violence in Helmand province has been the center of fighting between the Afghan National Army and the Taliban, and control of the school has shifted between the two. 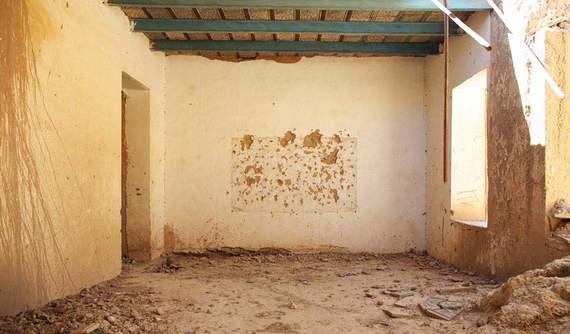 A classroom in an abandoned school on the outskirts of Chora, Uruzgan. The school was built approximately five years ago but was taken over by U.S. Special Forces who used it as a temporary base while conducting operations in the area. Their presence attracted fighting, so the local community asked them to vacate, which they did after three weeks. During this period, the school was largely destroyed due to the fighting. It now lies abandoned. May 2015. Photo: Andrew Quilty

"Protecting children's right to education...despite conflict and displacement, must be an integral part of our response in Afghanistan. The next generation could be compromised if we cannot protect children's rights to education," said Leila Zerrougui, U.N. Special Representative for the Secretary General on Children and Armed Conflict.

While the highest number of incidents against schools occurred in Afghanistan's eastern region - and tied in part to the rise of ISIS there, almost no area of the country was immune, and growing insecurity is furthering a climate of fear.

"When the Taliban attacked our village and the government's military forces, they warned us to close our schools... Even after the attack, we weren't able to re-open the girls' schools," said Aiwaz Khan, headmaster of a primary school for girls in Afghanistan's northeastern Baghlan province.

UNAMA documented three cases of attacks against education in Baghlan in 2015, but after Taliban forces launched a new offensive there last week, Khan's concerns are growing that this area could spiral into another Kunduz which fell briefly to the Taliban in September 2015 and is still a place of raging violence.

"Without a doubt, we are worried about this," Khan said. "Our children - girls and boys - are being excluded from education, and that's bad for our future. Really, we are hopeless."

The increased threats, abductions and extortion that are sending a wave of terror through the education sector are also being documented in record numbers in the health sector. Again, the impact on children is particularly devastating. More than 90,000 children missed their immunizations last year because of skyrocketing attacks on hospitals, clinics and medical personnel - 125 attacks in 2015 compared to 59 in 2014 and 33 in 2013.

"The consequence of attacks against healthcare in Afghanistan go far beyond the terrible loss of life," said Mark Bowden, U.N. Humanitarian Coordinator for Afghanistan. "Afghan men, women and children requiring medical treatment may suffer or die, because people no longer feel safe at a hospital or clinic or there are no longer medical personnel available to treat them." 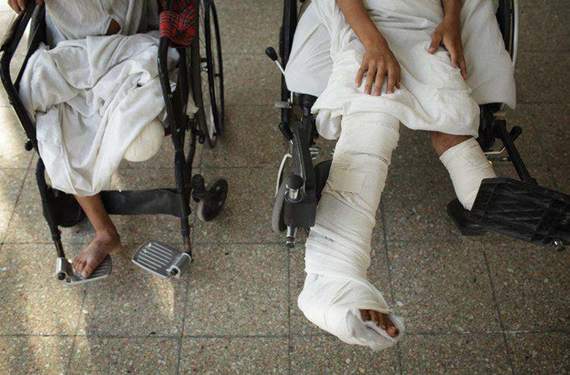 While no direct connection has been made between decreased access to healthcare and a sharp rise in the number of children killed and injured by the violence, UNAMA data show that children now account for one out of every three civilian casualties, compared to one out of four last year.

"In the first quarter of 2016, almost one third of civilian casualties were children," said Bell. "If the fighting persists near schools, playgrounds, homes and clinics, and parties continue to use explosive weapons in those areas - particularly mortars and IED tactics, these appalling numbers of children killed and maimed will continue."

For children like Miriam who have been forced out of the classroom, there is no assurance of ever being able to return. She and her family are now living in Jalalabad after fleeing the violence in her village.

"We have lost everything - not only school," she said. "Now we live in a small rented house, and all the girls and boys from my area are like me. We do not go to school in the city. My father said one day we will go back to our village, and you can study there... I don't know what will happen."