Horror films are almost immediately associated with the trope of killing the token minority -- the colloquial understanding that "the black guy dies first." With Halloween in mind, we took a look at 25 horror movies* randomly selected from the most popular films across IMDb, Rotten Tomatoes and Netflix.

After watching hours of gruesome deaths completing our scientific research, we found that offing minority characters is less ubiquitous than it may seem in the horror genre. More often than not, there weren't even any non-white characters to be killed in the first place.

Instead, white females were usually the first to go. Comprising 52 percent of all initial deaths, white women were killed more than all three other gender-ethnicity categories combined. And nearly every single one of these cinematic sacrifices could be defined by their extreme position on the spectrum of promiscuity: the virgin or the slutty-slut. 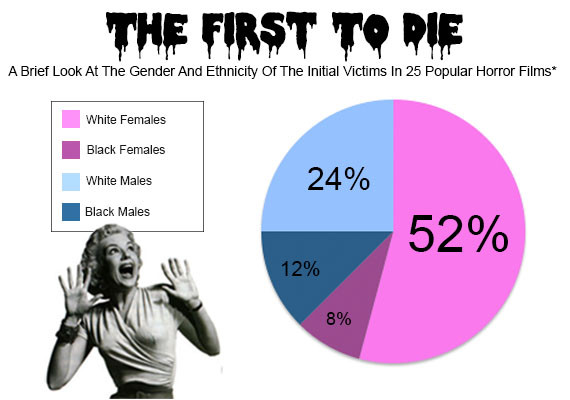 PHOTO GALLERY
10 Places You Wouldn&#039;t Want To Be On Halloween

White Women Are Victimized More Than Any Other Demographic In Horror Movies
10 Places You Wouldn&#039;t Want To Be On Halloween 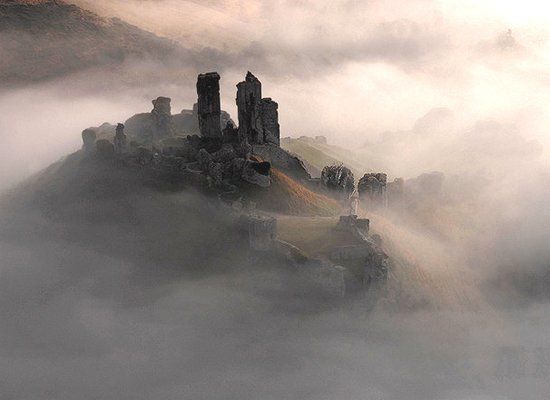 1 / 10
Corfe Castle, UK
Now here’s a place built for terror. The skeletal remains of a once-mighty bastion, <a href="http://www.historvius.com/corfe-castle-1575/" target="_hplink">Corfe Castle</a> is positioned on a high peak and often finds itself shrouded in the chilling haze of a dense fog, which whips its way around the ruins. Kings were murdered here, prisoners starved to death and bitter sieges played out their deadly game of cat and mouse. Today its eerily beautiful remains are mirrored only by its own grisly history. Flickr: davidbunting