New mayor Bill de Blasio has big plans to terminate one of the longest-running traditions in New York City. On Monday, de Blasio announced that during his first week in office he plans to follow up on an election promise to ban Central Park’s horse-drawn carriage rides.

"We are going to get rid of horse carriages, period," de Blasio, who took office on Jan. 1, said at a press conference, according to CNN. He alleged the industry is a form of animal cruelty.

For years, animal rights advocates have targeted midtown Manhattan’s horse-drawn carriage rides, which date back to 1858, saying the practice is inhumane and that horses are overworked and not meant to be part of the city’s traffic, according to City & State.

"Horses do not belong in a congested, urban setting where they constantly breathe exhaust while dodging dangerous traffic," animal rights group NYCLASS, one of the organizations leading the fight against the rides, states on its website.

However, horse carriage drivers are refuting the animal abuse claims, saying that the horses receive adequate rest time throughout the year and lead great lives.

“People walk by, they see the horses, they think it's some type of slavery. But they really don't know that this is what a horse's life is like," Fred Leite, a carriage driver of three years, told Gothamist. "They're strong, they're healthy, they work for a living. They don't do this, they get depressed."

If the ban is passed, carriage drivers are prepared to take action against the mayor in court.

“It’s not over,” Christina Hansen, a carriage driver and spokeswoman for the industry, told the New York Daily News. “You cannot just get rid of a business, a perfectly legal well-regulated … just because a few people don't like it.”

Some carriage drivers are also skeptical that the real reason behind the ban is not the alleged animal abuse.

“You've got a group of people who are being fed nonsense. The guy who's funding all this is a real estate guy,” Dave Koch, a horse carriage driver who’s been in the business 30 years, told Gothamist. “His name is [Steve Nislick, co-founder an president of NYCLASS]. He's interested in buying the land. The stables are located right by the Javits Center and they want to put hotels up in there [all sic].”

According to the New York Post, records show that NYCLASS spent $774,000 in attack ads against de Blasio’s mayoral campaign rival Christine Quinn, who supports the carriage-run industry. The report notes that Nislick donated the maximum $4,950 to de Blasio’s campaign.

If the ban is approved by city council, the mayor’s office plans to replace the carriages with electric vintage cars run by the same horse-drawn carriage drivers, according to CNN. 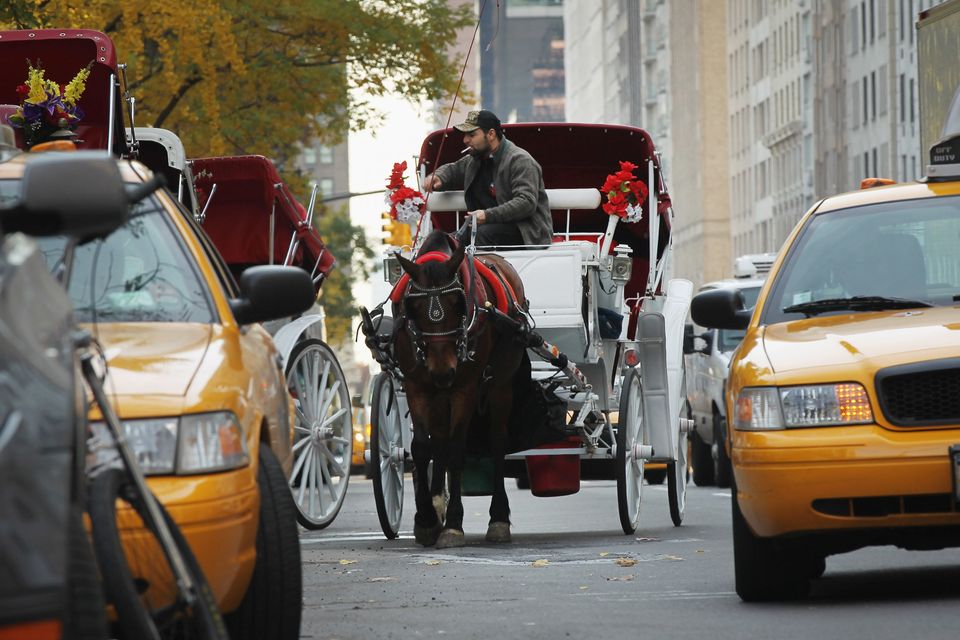