In the wake of the horse meat scandal rocking Europe, a new survey by YouGov Omnibus reveals that nearly one out of three Americans (32 percent) believe that instead of throwing out food products tainted with horse meat, the food should be redistributed to the poor.

This falls in line with suggestions from German politicians Hartwig Fischer and Dirk Niebel. Their proposal has been met with significant debate, as not only is it controversial to give people food that others do not want (another 30 percent of respondents thought that the food should be thrown out), but it is also likely illegal to give out food products in which the ingredients might not all be known.

The controversial recommendation brings to light how horse meat is perceived in the U.S. The survey also found that more Americans would rather eat ostrich or alligator than horse. Here are the full results:

Which, if any, of the following meats do you eat/ would you ever consider eating? 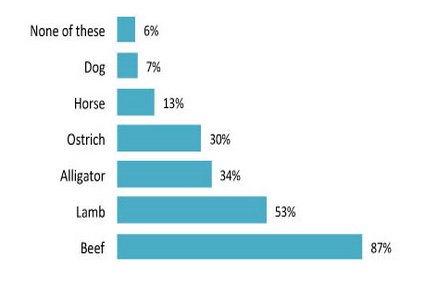 Now please imagine that horse meat was discovered in hamburgers in the US. Which ONE of the following, if any, best describes what you think you would do? 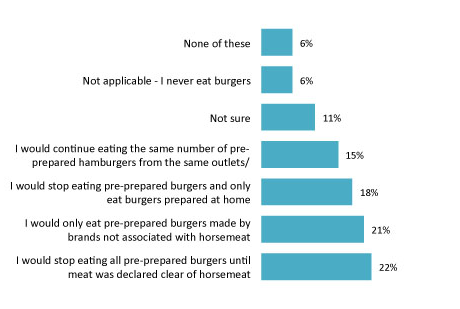 The YouGov Omnibus survey questioned 1000 adults from Feb. 26 to Feb. 28. The figures have been weighted to be representative of all adults, according to YouGov.