This prized show horse can add endurance swimming to his list of accomplishments.

William (his official name is "Air of Temptation") frightened his owners and himself Tuesday evening when he galloped into the ocean at Summerland beach, Calif.

He was there to be a model for a group of photographers who were practicing how to shoot animals. But when William became spooked, he ran into the ocean and refused to return.

April Visel, the photography teacher, told the The Huffington Post that the group tried a number of things to lure William back to shore when he was still only about twenty feet away. Some swimmers tried to catch him. Another almost got him with a lasso. But when William swam out to over one mile from the shore, things started to look bleak for the beast.

Someone on the scene made a call to Mindy Peters, William's owner.

"Horses can swim, but not well. And he's never been swimming before in his life," said Peters to HuffPost. She was driving in her car when she got the call about William's ocean escapade and drove as fast as she could to the beach to see if he was alright.

But when they called back to tell her that William was no longer visible from shore, Peters broke down crying. "I had to pull over in my car," said Peters. "I just started bawling."

Luckily for William, some men from a nearby oil rig spotted William in the water and alerted rescue crews about his location. Together with the harbor patrol, two paddle boarders swam up alongside William and helped him swim back to shore with floats. By this time, there was only about 10 minutes of daylight left. William had been treading water for three hours.

William was safely on shore at around 8:30 p.m., reports the Associated Press.

The seven-year-old show horse had been part of Peters' family since February of this year. "It was just amazing," said Peters of the rescue effort. "We were scared to death that we were going to lose him, that he was going to drown ... he's absolutely part of our family."

William is recovering at the Alamo Pintado Equine Hospital in Los Olivos, Calif. He's expected to return home in two to three days. 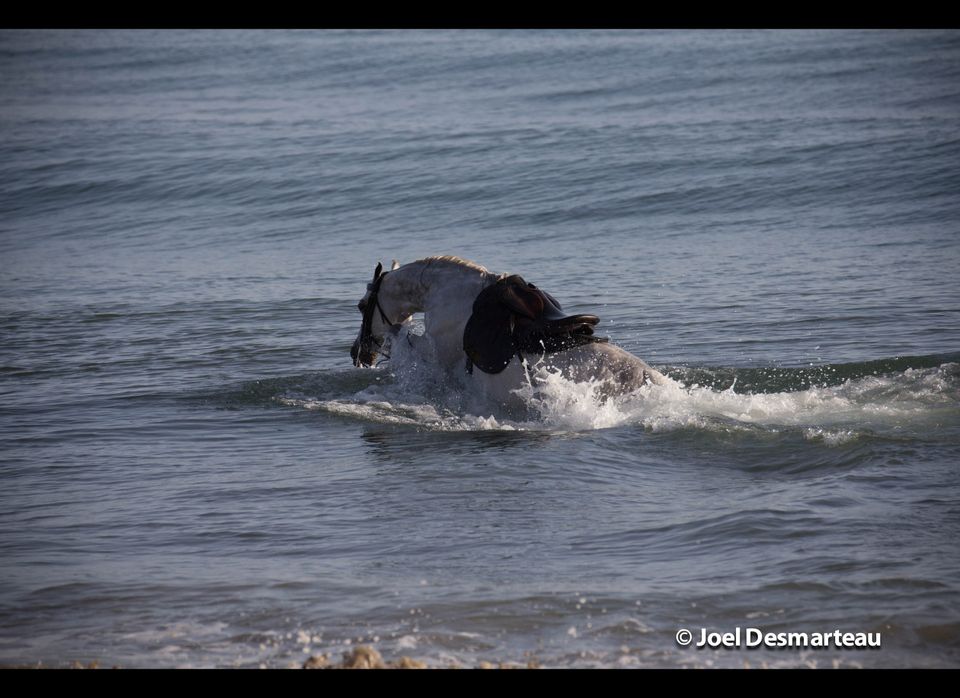