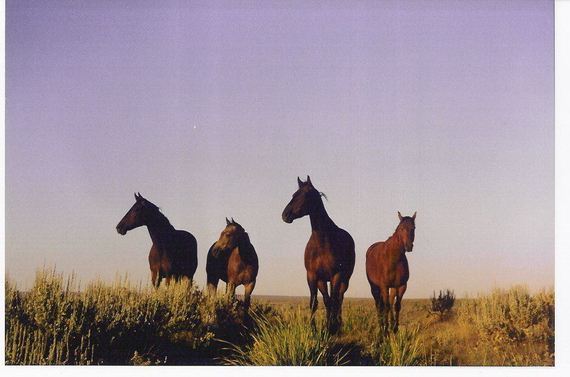 After nine years of marriage, when Kyle was seven, his parents John and Sandy divorced. As divorces go, it was relatively amicable, and after about two years both parents were in new committed relationships.

Kyle made the painful adjustment to joint custody, commuting weekly between the two homes where his parents lived with their new partners. As time went on Kyle seemed to be was increasingly withdrawn in class according to his teachers. Many of the kids at Kyle's school also had divorced parents and were often in trouble at school or at home. As he got older, Kyle found himself hanging out with some of them.

The first time Kyle smoked marijuana he was twelve. One day he came home with bruises all over his face. He told his father he had been in a fight. His mom had him see a therapist once a week, but Kyle said he hated going, and after three months he stopped. This happened multiple times with different therapists.

By the time Kyle started high school, he was smoking marijuana weekly, regularly getting into fights, and picking on his younger brother, sometimes physically. One night his father got a call from the police. Kyle had been arrested for trying to steal money from one of his classmates.

His father and mother went to the village police station and picked him up; no charges were pressed, but they were stunned. After two months of agonizing soul-searching and exploring therapeutic options, they brought Kyle to In Balance Ranch Academy, a therapeutic boarding school outside of Tucson, Arizona, to begin a one-year marijuana-addiction rehabilitation program. http://www.inbalranch.com/

Dr. William Parker, the therapist who would be in charge of Kyle's recovery program, felt that the divorce of Kyle's parents had contributed a great deal to his emotional difficulties and the struggles he was having in relating to his family and other people. Because his interpersonal guardedness had repeatedly made it difficult for him to establish a genuine relationship with a therapist, Dr. Parker decided to begin Kyle's recovery with equine therapy.

Kyle was assigned to work with an equine therapist named Chris. In their first session, Chris asked Kyle to take a soft rope and step through a gate, into a small corral that held six horses. Next he asked him to walk toward the horses, choose one, gently put the rope around its neck, and lead it back to the gate. Kyle walked toward a small black horse named Cassidy. He got to within about three feet from it when the horse suddenly walked away and across the corral.

What Kyle didn't know was that these horses, like all horses, always respond to another being, whether human or horse, by communicating in body language. If they feel comfortable with the body language of another, they will remain where they are. If not, they will walk away. Something about Kyle--his attitude, his intentions, something that made the horses uncomfortable--was showing up in his body language, and the horses were letting him know. Kyle was angry, and the horses could sense it.

Kyle came out of the corral and sat down on the ground next to Chris. Chris asked him what had happened. Kyle said,

"I never liked horses. They're stupid."

Chris asked Kyle what it felt like when every horse kept walking away from him. Kyle thought for a moment then said,

"It's like gym at school. Nobody wants me on their team."

Chris asked Kyle how he was feeling. Without thinking Kyle said,

"I think this is freakin' stupid."

Are you angry at the horses?"

Kyle stared at the ground for about ten seconds and then said,

"Does he know you're angry at him?"

"Have you told him you're angry with him?"

"Do you want to tell the horses you're angry at them?"

Kyle looked up from the ground and out toward the horses standing quietly in the corral. He slowly moved his eyes from one horse to another, looking hard at each one. When he got to the last one, his tight lips curved slightly up into a faint smile. As he continued to stare at the last of the six horses, he said,

"Why don't we go get out of the sun, sit under that tree, and talk about it."

Kyle and Chris got up off the ground and started to head over to a wooden picnic table under a large desert ironwood. As they walked next to the fence, one of the horses ambled over and stuck his head over the railing. Kyle stopped, slowly lifted his hand, and gently stroked the horse's face. The horse dropped his head and began to gently nuzzle Kyle on his head. Kyle quietly began to cry.

Kyle felt angry with his parents, but for any number of reasons he had not been able to express that or tell them. Instead he had been acting out his anger by fighting and getting into trouble at school. He had also been acting in his anger at himself, which produced feelings of depression and low self-esteem. He endured but self-medicated his feelings by smoking marijuana.

Not just one but all six horses could see that Kyle was angry, and therefore they wanted nothing to do with him. When his therapist Chris pointed this out, Kyle could finally perceive his unexpressed anger. The horses also helped him see the negative effects it was having on himself and others in his life.

Unlike a parent, a teacher, or even a therapist, the horses didn't judge, criticize, or tell Kyle that he was right or wrong, good or bad. They simply mirrored Kyle's anger back to him by walking away, letting him know that it made them uncomfortable to stay with him. Anger is predatory behavior that makes horses feel threatened and, thus, causes them to leave where they are.

Horses don't care who you are, what you've done, or what you believe. They care only about how you behave with them. This enables them to give unconditional acceptance to a troubled teen who is revealing his or her true self. This acceptance creates a feeling of self-worth, which can often be hard to obtain with the typical rehabilitation methods of traditional psychotherapy and/ or prescription drugs.

For many people, having a positive relationship with a horse can be the first time they have ever experienced a small yet genuine sense of unconditional acceptance or love. It is a brief yet remarkable moment between two species.

Equine therapy has become one of the most beneficial and cost- effective programs for today's Youth at Risk. To think that millions of emotionally wounded teenagers can get a second chance at a healthy and meaningful life is heartwarming. The idea that this can be achieved from a breakthrough in self-awareness that occurred from simply interacting with a horse is extraordinary. © Tim Hayes 2015

This story is adapted from my new book RIDING HOME - The Power of Horses to Heal and appears in Chapter 4 ~"Horses Don't Get Divorced...Today's Youth at Risk". It is this amazing power of horses to heal and teach us about ourselves that is accessible to everyone and found in the pages this book. To learn more about the book please visit: http://www.ridinghome.com/Every book ordered will benefit children of families in need, veterans with PTSD and children with autism. To contact and for articles & blogs by Tim Hayes go to: http://www.hayesisforhorses.com/