Most of the time, discussions revolving around the divine genre of condiments known as hot sauce are passionate, divisive and potentially dangerous. Some hearts beat for the sweet and garlicky taste of Sriracha, while others would sacrifice their lives for the South of the Border kick of Tapatio. Then there are the Tabasco lovers but, come on, their opinions are not valid. 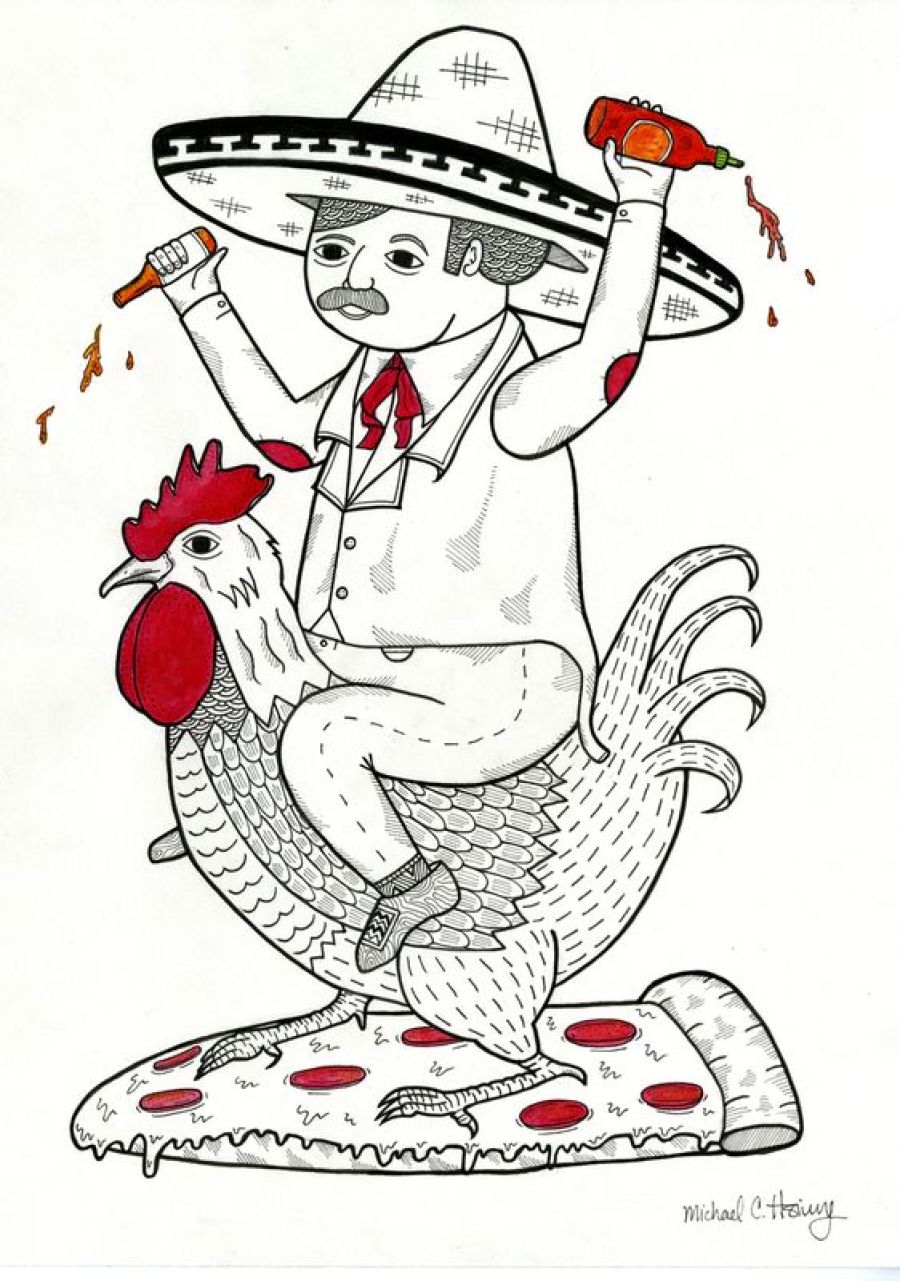 A new, utterly revolutionary art exhibit in Los Angeles dares to go where no hot sauce discussion has gone before, breaking down the boundaries that divide us. Peace on earth! The exhibition, dubbed "L.A. Heat," revolves around the rival hot sauce titans, Sriracha and Tapatio, both of which originated in the city of angels.

Just to summarize: art and hot sauce have joined forces, and it's a beautiful, beautiful thing. 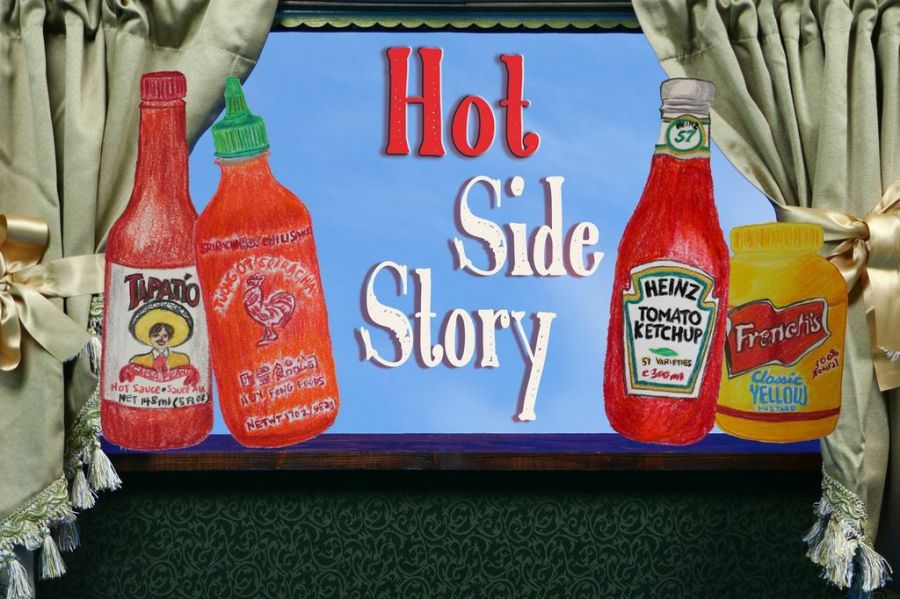 Hot Side Story by Yoshie Sakai

"I love Sriracha and Tapatio," Steven Wong of the Chinese American Museum told the LAist. "I’m also a proud Angelino, and found it intriguing that these sauces are also from L.A. Looking at foodways in Los Angeles, and in particular the rise of Sriracha and Tapatio, were ripe for artists to explore." 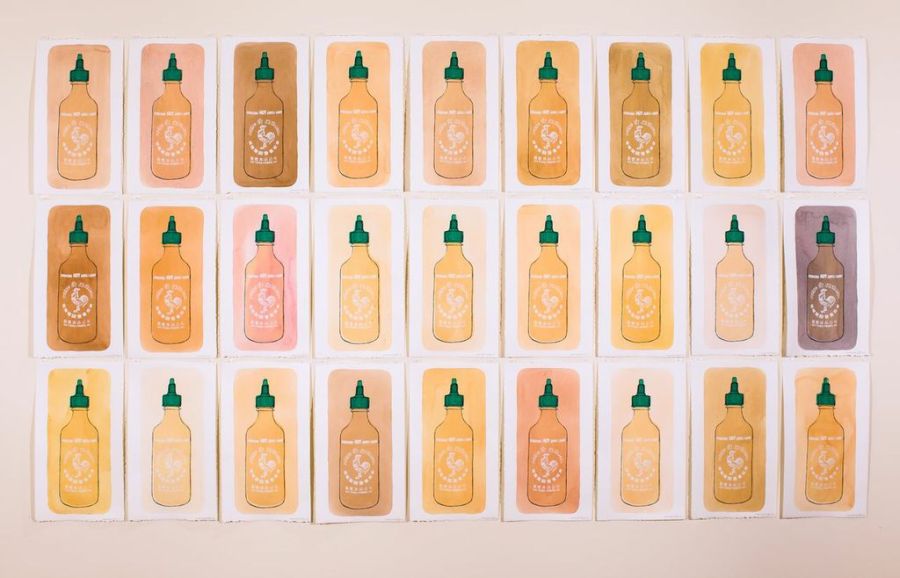 The inspired exhibition ranges from humorous homages to full on obsessive altars. From a Sriracha-centric take on Andy Warhol's Campbell's soup cans to a spot-on revival of "West Side Story" starring hot sauces vs. un-spicy condiments, these inspired artworks show the true scope of hot sauce's potential. We didn't think it was possible, but we think our love for the fiery juice just expanded. 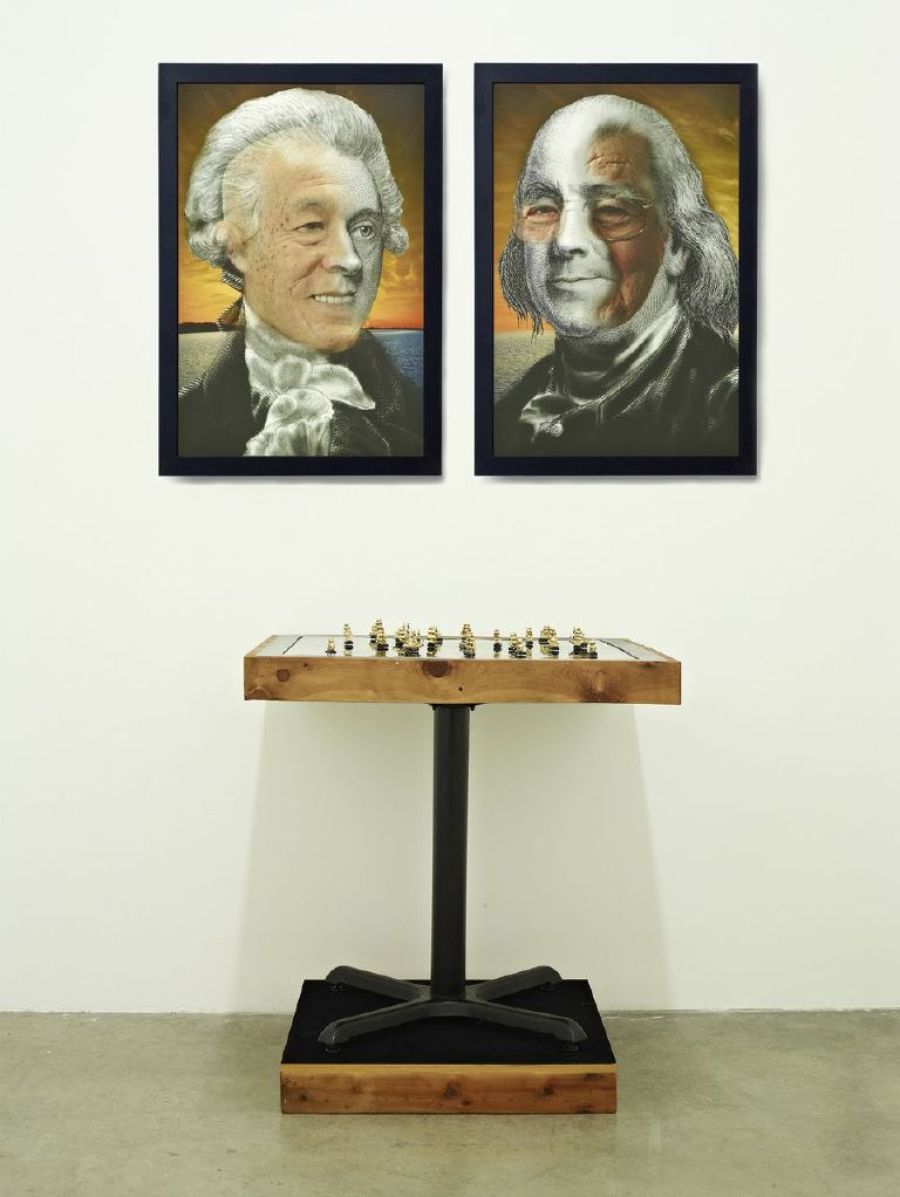 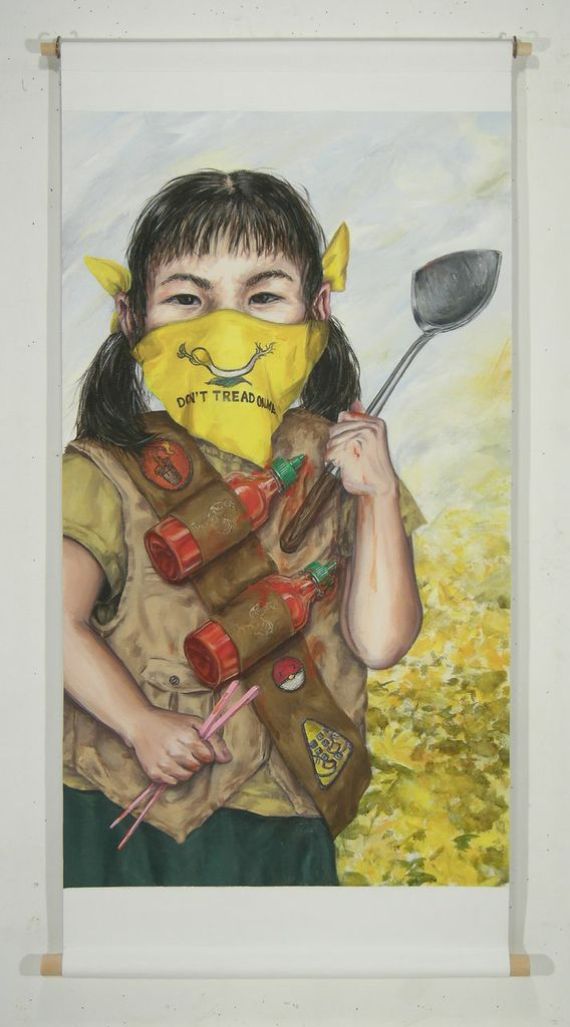 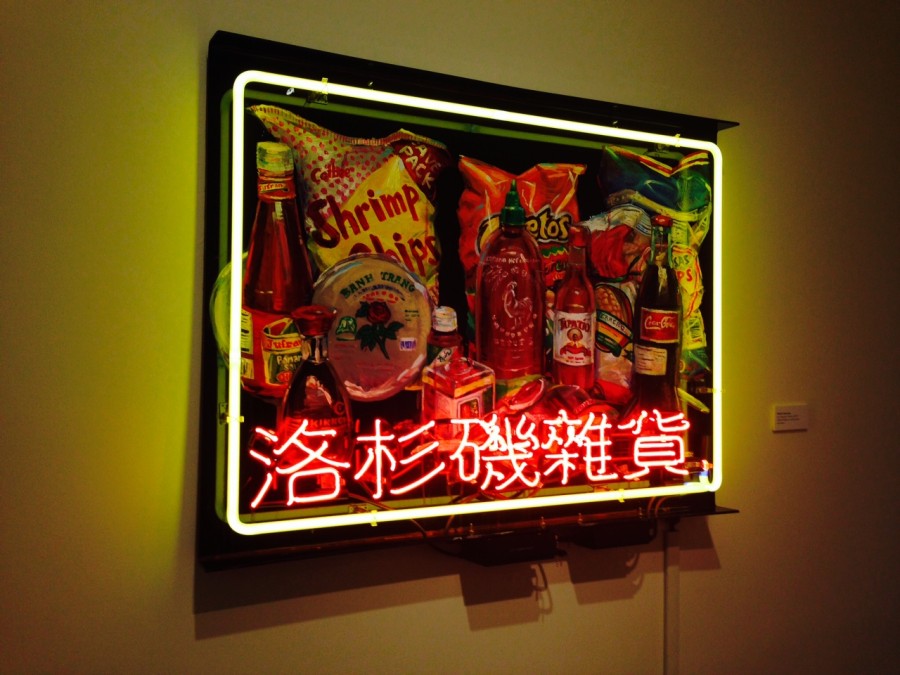 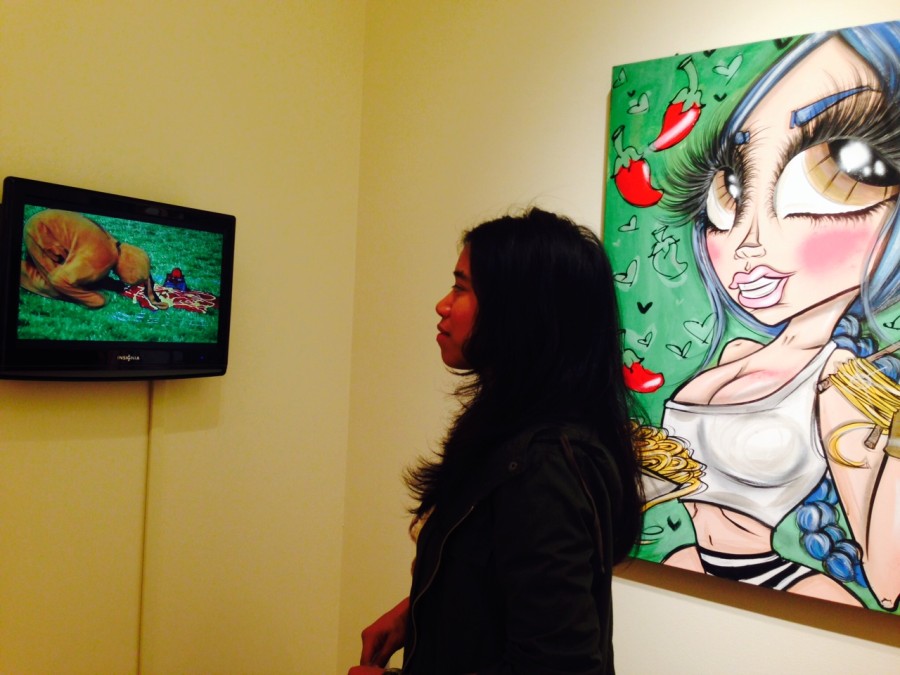 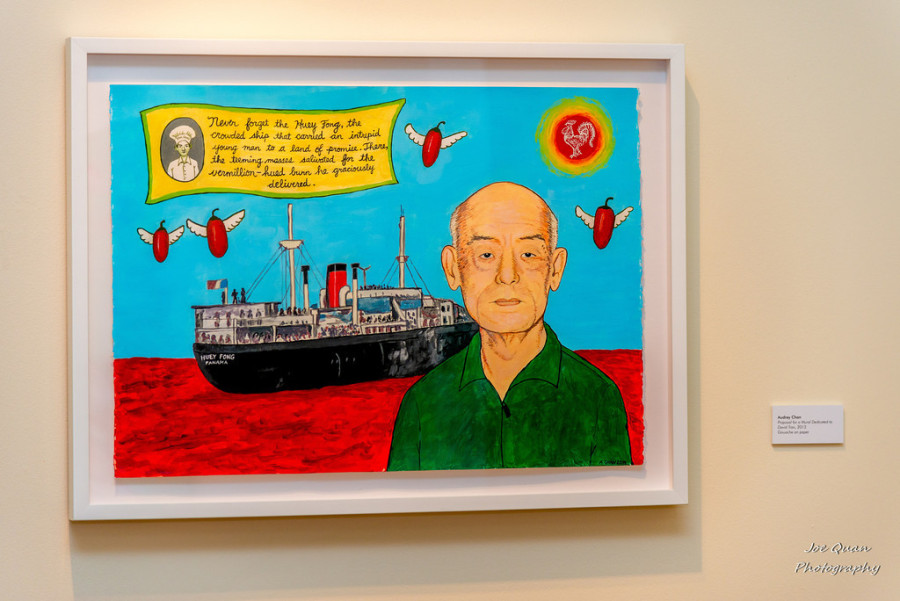 Proposal for a mural dedicated to David Tran by Audrey Chan. Photo by Joe Quan 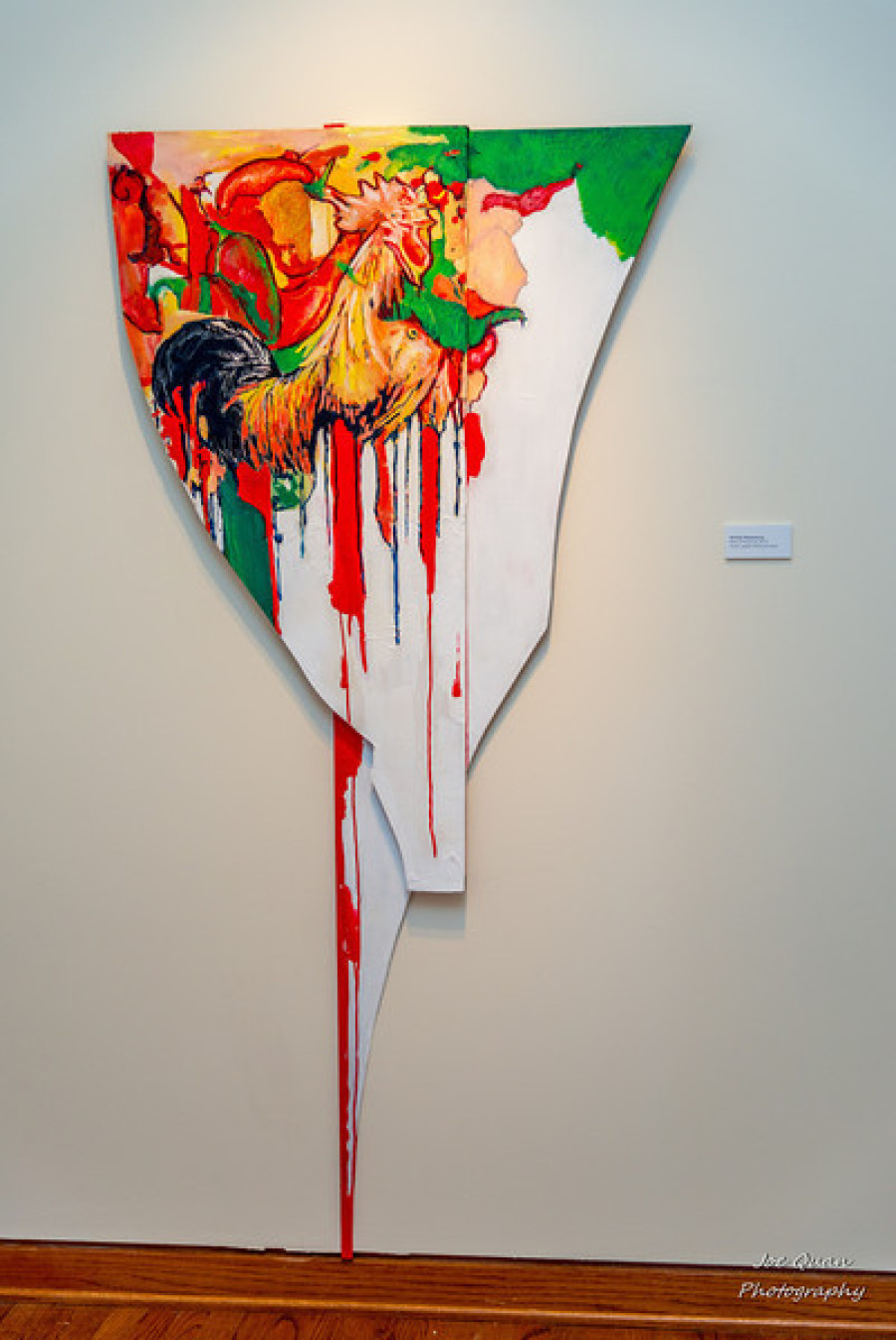 Roots of the Sauce by Michael Massenberg. Photo by Joe Quan 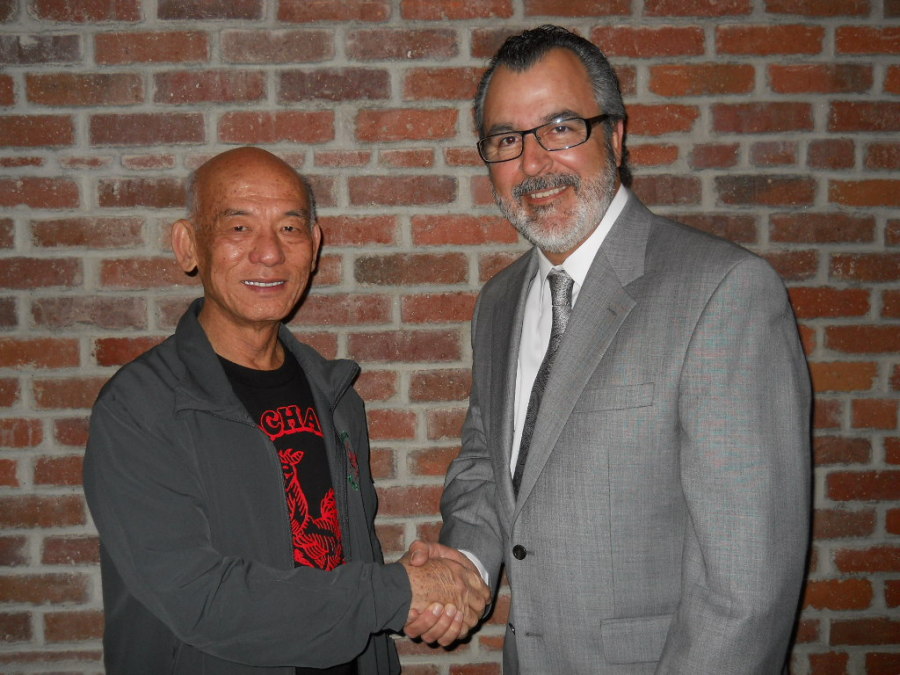 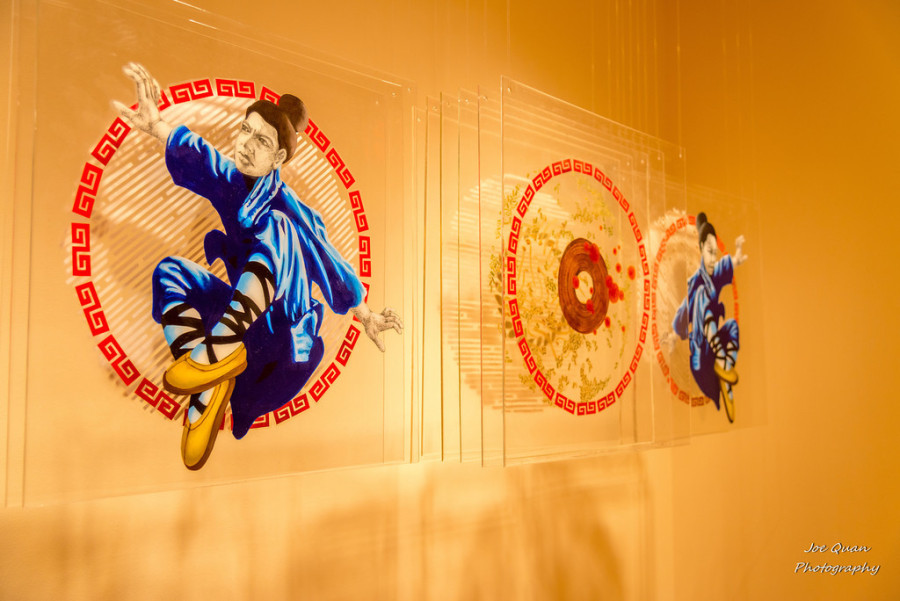 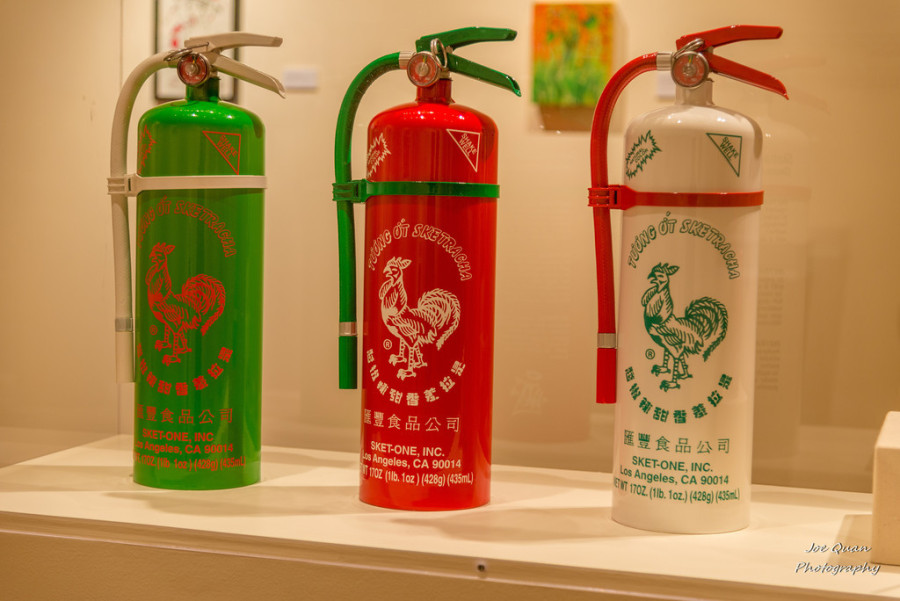 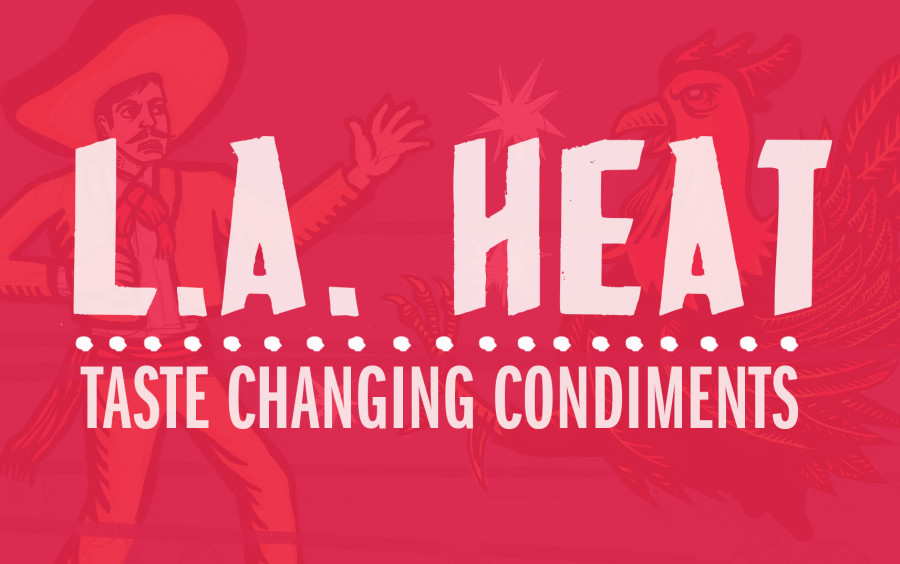