WASHINGTON -- Washingtonian brought some excellent food news on Tuesday for nostalgia-lovers. A new Hot Shoppes restaurant will be opening in the 1,175-room Marriott Marquis Hotel being built by the Walter E. Washington Convention Center, scheduled to open in 2014.

The Washington Post's Mike DeBonis has some history:

It would be the first Hot Shoppes restaurant since the 1999 closing of the last outlet in what was once a dozens-strong chain of cafeteria-style restaurants. Hot Shoppes was the foundation of the Marriott family hospitality empire, which grew from a single storefront restaurant opened at 14th Street and Park Road NW by J. Willard Marriott in 1927.

Bill Marriott, who is stepping aside as president and CEO of Marriott International, told Washingtonian that the new Hot Shoppes will still feature the Mighty Mo hamburger but won't have chicken croquettes. (To which one displeased Chowhound commentator, going by the name of monkeyrotica, responds: "I can only assume their market demographers did a thorough analysis and came to the conclusion that the average Marriot Marquis Hotel customer would more likely purchase something fried in olive oil and called 'croquetas de pollo.'")

Nerdy supplemental reading: A 1969 Court of Customs and Patent Appeals found that Hot Shoppes could not prevent another restaurant chain from trademarking the name "Teen burger" despite Hot Shoppes' claim that Teen burger was confusingly similar to a Hot Shoppes sandwich called the "Teen Twist." In its decision, the court stipulated that one Maryland Hot Shoppes restaurant "sold 669 TEEN TWIST sandwiches in the week of July 27, 1964."

We do not yet know if the new Hot Shoppes will be selling the Teen Twist, but we do know that the 1940s Hot Shoppes photos in the slideshow below are making us hungry. 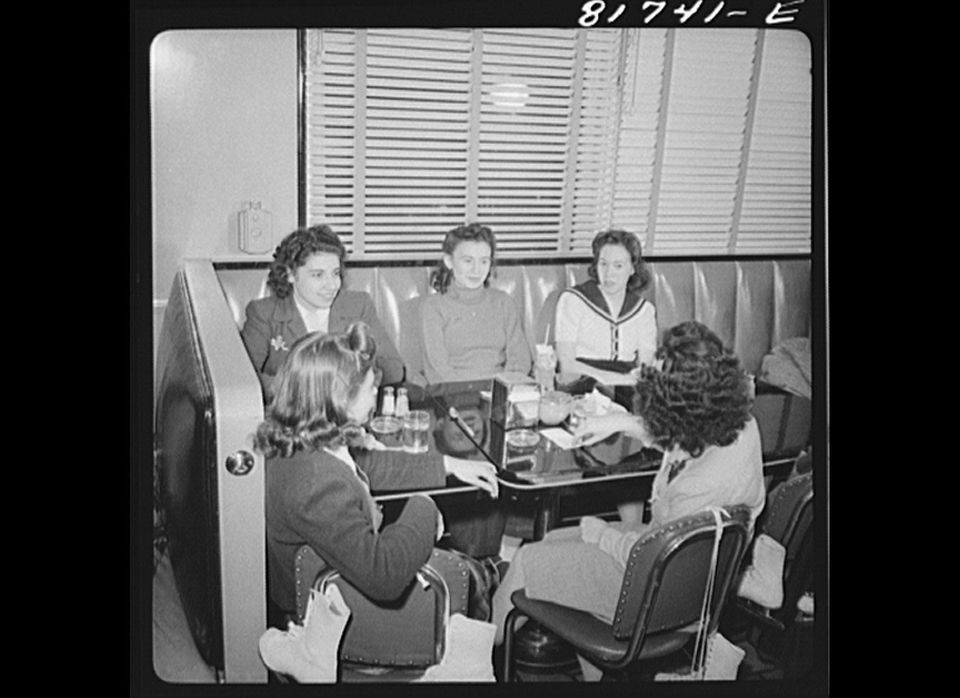