For guests, the Hotel Louisville is a cheap, convenient getaway. But for those living there full time, it’s the lifeline that keeps them going.

This unusual, dual-purpose Kentucky hotel never intended to become the first homeless-shelter hotel of its kind. But once the organization that founded it started to struggle to pay its bills, it didn’t really have choice, Al Jazeera America reported.

Wayside Christian Mission, a nonprofit that helps feed and shelter the city’s homeless, bought the foreclosed hotel in 2009, hoping it would be a comfortable space for its clients. But after expenses started soaring, and travelers came in inquiring about booking potential rooms, the organization decided to give running a hotel, while sheltering the homeless, a whirl.

Of its 287 rooms, 116 are available for guests who pay $49 a night. The reasonable rate drops even lower for those who are visiting patients at nearby hospitals, an accommodation that guests often call a “blessing,” according to the Courier-Journal.

The rest of the rooms are reserved for Wayside’s 160 transitional clients who have nowhere else to go. 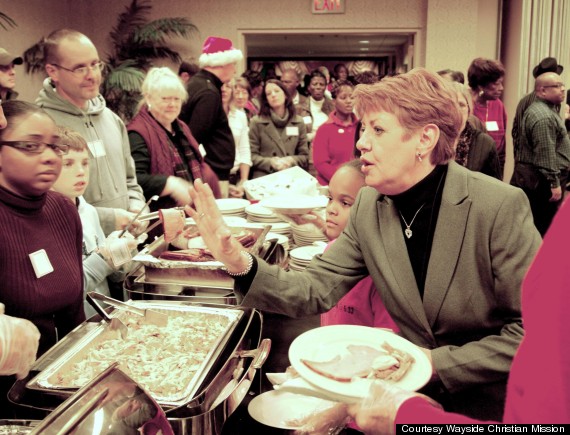 Each Thanksgiving and Christmas, Wayside Christian Mission serves well over a thousand holiday dinners with all the trimmings to homeless persons and low-income families in Hotel Louisville’s Grand Ballroom. On any given day, the mission serves an average of two thousand meals to its homeless population and those living on the streets.

Clients live there for free, but are expected to participate in the program’s work-therapy program, according to Al Jazeera. Residents chip in around the hotel, cleaning rooms, doing laundry and preparing meals. Those who are struggling with addiction also partake in the organization’s recovery program. 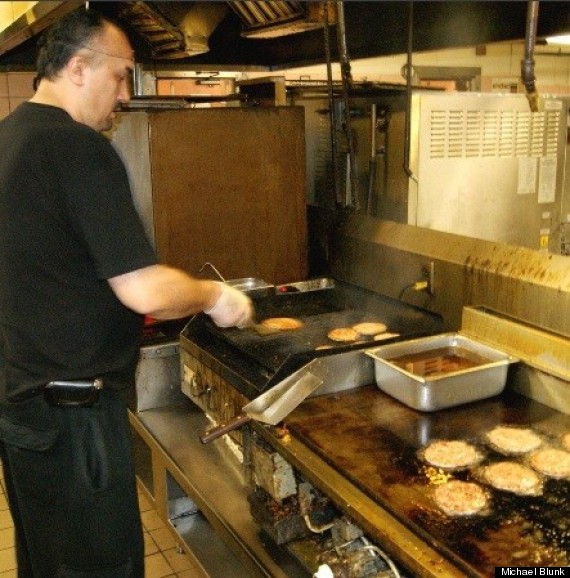 The Hotel Louisville's WayCool Cafe ranks among the most popular restaurants in the area's downtown district.

Some clients credit the experience with completely changing their lives.

“It helped me learn to be a responsible, productive member of society,” Barbara Carter, a resident found a place of her own after a 13-month stint at the hotel, told the news outlet. “Wayside -- without them, I don’t know where I would be.”

A number of guests have also found favor in being able to contribute to the mission.

“I have stayed in hundreds of hotels all over the US and around the world, but I have never -- I mean NEVER -- left one before so filled with enthusiasm for what they are doing there and for my experience,” one guest commented in 2011, according to the nonprofit’s blog. "First, the hotel is based on compassion for homeless people. Many of the rooms are used by women with children, of whom I met at least 15-20, all of them friendly, clean, courteous, and obviously grateful for the love they have found here. Second, that love is reflected to the paying customer continually.”

But others have taken issue with the structure of the program.

But some have criticized the organization for profiting off of free labor, since it only pays its homeless “employees” between 50 cents and $1.50 an hour in lieu of an official paycheck. 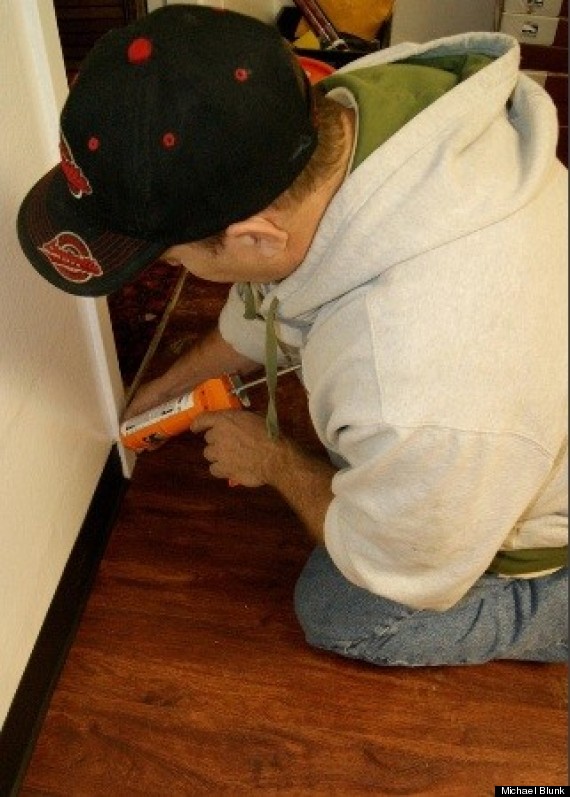 Many of the resident clients make good use of their vocational skills while enrolled in the mission's Sober Living Program.

Karen Garnett, district director of the federal Department of Labor in Louisville, is one such skeptic.

“For the part of the hotel that’s a business entity, there may be some part that could be considered training, but it takes a minimum amount of training for some of this work,” she told Al Jazeera.

And some guests have complained that they weren’t made aware that they were staying at an establishment that houses homeless people, and felt the accommodations were unkempt and unsafe.

“Nasty! Nasty! Nasty! They do not tell you they house homeless people in the bottom floors,” one reviewer wrote on TripAdvisor in November. “I hope everyone that was as disgusted with their rooms tells what it was like as well.”

While Wayside said it's working on clarifying its mission on its website, it has no intention of altering its approach.

“We do apologize that we’re not what they were looking for,” Nina Moseley, Wayside’s chief operating officer, told the Courier-Journal of the disgruntled guests. “[But] we don’t apologize for what we are."

Homeless Serve The Guests At This Hotel