UPDATE 11:39am, 9/14: The World Meteorological Organization has officially recognized Death Valley as the world's hottest place on earth, one day after the anniversary of world's hottest temperature was recorded in El Azizia, Libya, the AP reports.

Heat may be a welcome sensation to anyone in the northern hemisphere who is dreading the impending autumn. But, there are some places where the temperature gets too extreme to bear.

According to the Discovery Channel, though, the notion of the "hottest" place is difficult to pinpoint. "The Earth’s hot deserts — such as the Sahara, the Gobi, the Sonoran and the Lut — are climatically harsh and so remote that access for routine measurements and maintenance of a weather station is impractical," David Mildrexler, a researcher, told Discovery. "The majority of Earth's hottest spots are simply not being directly measured by ground-based instruments."

And, to be fair, Death Valley vies with El Aziza for the hottest title, as the record keeping may have been botched. The Guardian reports that Death Valley has officially taken the title of the hottest place. We remain skeptical.

Good news is, though, that there's no set maximum temperature that humans can withstand, according to Foreign Policy. Rather it's all about the humidity.

So, herewith, ten of the world's hottest -- and hopefully driest -- places.

Has anyone braved any of the world's hottest locales? Let us know in the comments below. 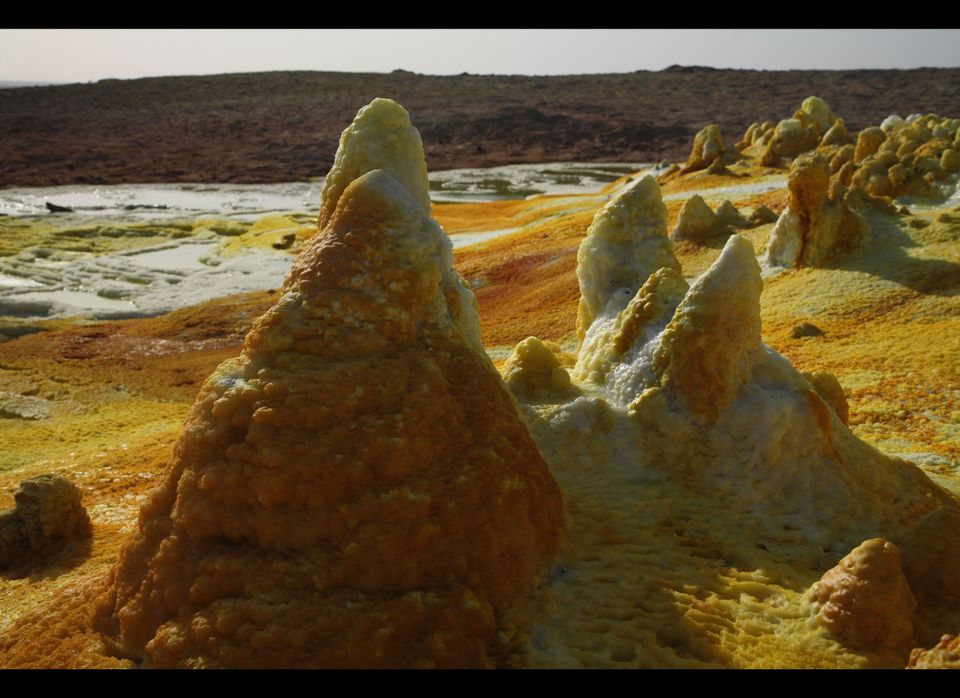