After 16 straight months with above-average temperatures, October temperatures in the lower 48 states averaged slightly below average, according to data released Thursday by the National Oceanic and Atmospheric Administration (NOAA).

Even with a cooler October, 2012 is still on track to be the warmest year on record in the U.S., propelled by a widespread March heat wave, the warmest spring on record, and the third-hottest summer on record. The month of July, for example, set the record for the hottest month of any month since weather records began in 1895.

During October, 19 states between the Canadian border south to the Gulf of Mexico had monthly temperatures below their 20th century averages, with just the Southwest and Northeast coming in warmer than average. 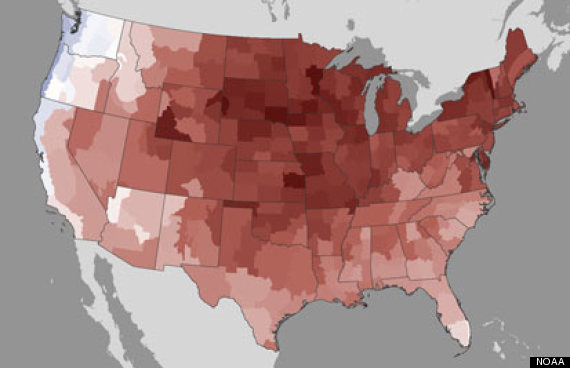 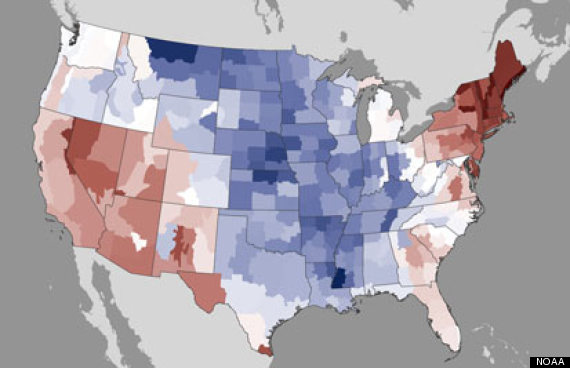 According to NOAA, for 2012 not to be record-setting warm would require November and December to be much cooler than average. Those two months would have to have an average temperature among the coldest on record for that period in order to avoid at least tying the annual record.

The record warmth this year is consistent with both the influence of manmade global warming — particularly the prevalence of record warm nighttime temperatures — and natural climate variability, which has also favored warmer-than-average conditions in the U.S. this year.

In addition to the national record, numerous cities also remain on track to set a record for the hottest year. The average temperature during the January-to-October period in Grand Island, Neb., which has experienced some of the most intense drought conditions and had a sizzling summer, has been running 4.5°F above average, which is the warmest stretch of weather on record for that location.

Green Bay, Wis., is also on course to establish a new benchmark for the warmest year, having exceeded its January-through-October average by 5.3°F. The NOAA report contains a list of cities with significant year-to-date temperature anomalies.

Despite the landfall of Hurricane Sandy, October failed to bring widespread, significant drought relief to much of the country. Nearly 60 percent of the contiguous U.S. remained mired in drought conditions through last month, and the nationally averaged precipitation total was slightly above the long-term average, with below-average precipitation occurring in the Southern Rockies and Central and Southern Plains. 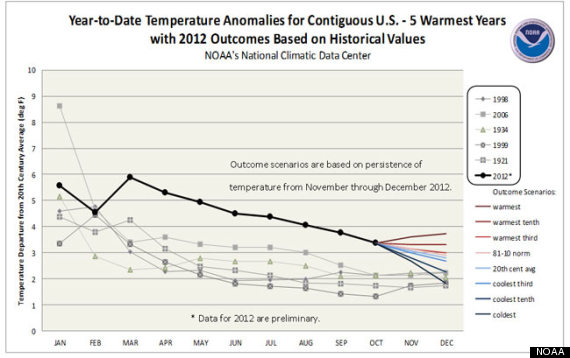 Year-to-Date temperature anomalies for the contiguous U.S. Five warmest years and 2012 with outcomes based on historical values.

With Sandy, October featured one of the most destructive storms ever to strike the northern Mid-Atlantic and Northeastern states. The storm officially came ashore as a post-tropical storm near Atlantic City on Oct. 29. The storm brought a record high tide to Manhattan, flooding low-lying sections of the city. As of Thursday, the death toll from Sandy within New York City alone was 41, while many more were killed in New Jersey, New York, and Connecticut. The storm also caused a record crest of the Delaware River at Philadelphia, beating the previous record set in November 1950.

The storm was so intense at landfall that it set a record for the lowest air pressure reading observed in the Northeast, at 946 mb.

Hottest Year On Record In The U.S. Might Still Be 2012, Despite Cooler October
Harper Collins' Climate Change Photos