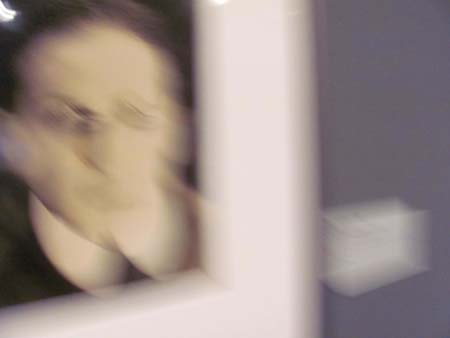 Harry Houdini was the Harry Houdini of Harry Houdini style-escape artists. David Blaine and Criss Angel are complete tools compared to the original handcuffed, shackled, straitjacketed, milk-can-contained, packing-trunk-encased, Chinese-Torture-enclosed, master of escape: Harry Houdini. As one of the 20th century's most legendary performers, Houdini is the high-water mark for magicians and escape artists to attest to -- influencing such modern-day magicians such as Penn & Teller.

Houdini was the Pablo Picasso of handcuff removal, the Babe Ruth of being plunged ankle first into locked containers filled with water. Houdini toyed with death at every padlocked corner. 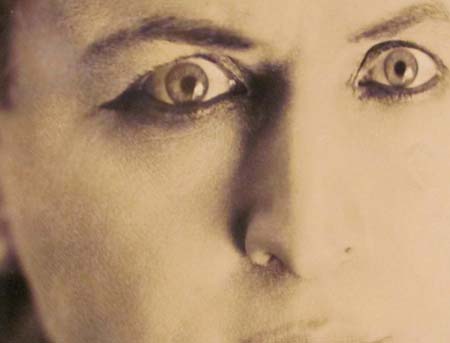 Houdini had a hypnotic power over crowds. As a true original, Houdini battled professional peers and copycats who worked to duplicate his signature tricks such as the Handcuff, Milk Can, and Water Torture Cell Escapes. 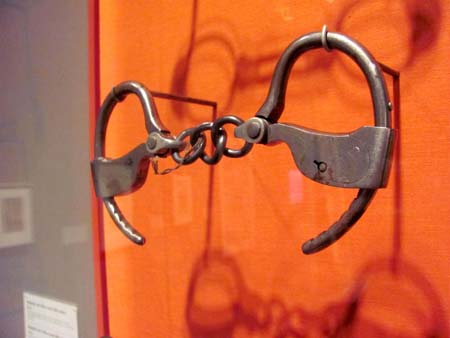 Handcuffs were the backbone of many of Houdini's tricks such as this pair here -- worn and escaped from by the H man himself. Some say that Houdini's wife would slip him the handcuff key via a kiss or a glass of water. Ta-da! 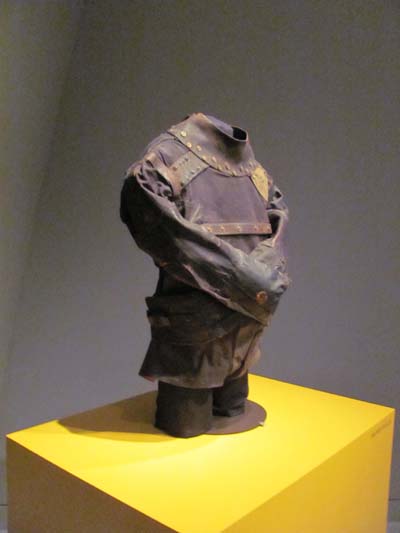 Straitjackets became part of Houdini's repertoire after visiting a mental hospital and seeing how patients struggled while clad in the cloak-of-restraint. 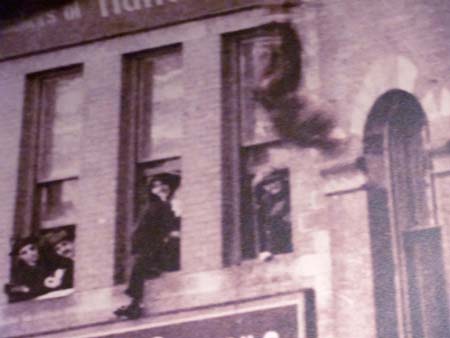 His most popular publicity stunt was to be strapped into a straitjacket, suspended by his ankles, and then hoisted by a crane outside a tall building (usually a newspaper office for added press coverage). In the days before the Internet, Houdini would draw thousands of onlookers where he'd escape in full view of the assembled crowd. His average escape time from the straitjacket was two minutes and 37 seconds. Ta-da! 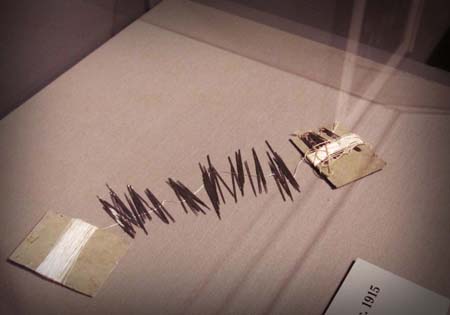 One of Houdini's most famous tricks was the East Indian Needle Threading Trick. The inspiration was the traditional sword-swallowing act; but Houdini took it one step further -- he'd place several needles on his tongue, and then swallow them with a glass of water along with some thread. Moments later, with much showmanship, Houdini would pull a long string of threaded needles from his mouth. Ta-da! I think the needle trick was really the work of the devil. 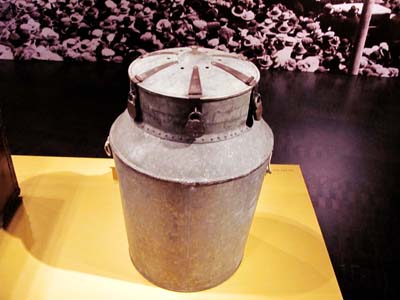 The Milk Can Escape was advertised with posters proclaiming: "Failure Means A Drowning Death." That was part of the appeal of Houdini; you could potentially see a man die -- or escape death. Houdini would be handcuffed and sealed inside an over-sized milk can filled with water -- which would be padlocked -- and make his escape behind a curtain. As part of the effect, Houdini would invite members of the audience to hold their breath along with him while he was inside the can. 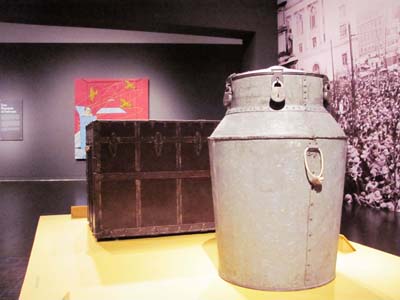 Houdini modified the escape by having the milk can chained and padlocked inside a wooden chest. These are the very wooden chest and milk can. Ta-da! 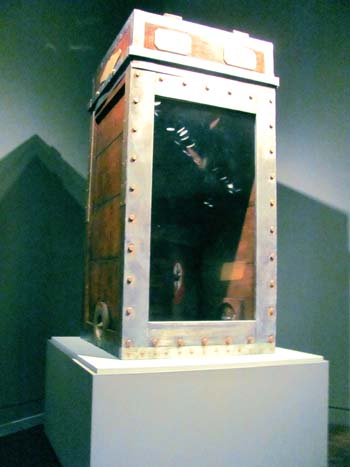 Ah yes, the famous Chinese Water Torture Cell. Because of the vast number of magician hacks ripping off his act, Houdini replaced his Milk Can stunt with the Chinese Water Torture Cell. Houdini's feet were locked into stocks and he'd be suspended in mid-air from his ankles and then he'd be lowered into this very glass tank overflowing with water, and then the top of the cell would be locked. Escaping without drowning followed.

Houdini Fun Fact: The escape master first performed the Chinese Water Torture Cell for an audience of one person so he could copyright the new escape. That person was cowboy-hat-wearing Roy Rogers. 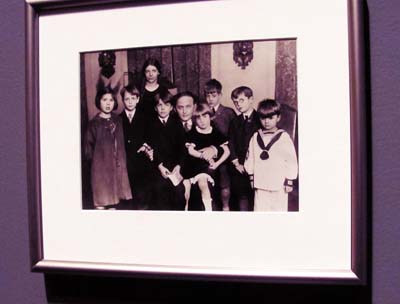 Another of Houdini's greatest tricks was producing his large family. Yes, this is a picture of the Houdinis. Imagine being part of the Houdini clan. You'd say, "We're the Houdinis!" which could only be followed by, "Ta-Da!" 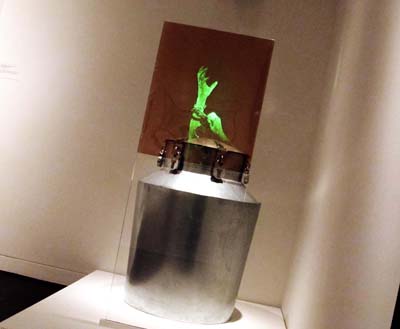 The Houdini exhibit had numerous original pieces of work by various artists who created their own interpretation of Houdini. One of my favorites was this hologram rendition of Houdini emerging from his classic Milk Can escape. Houdini died on Halloween 1926 by being punched in the stomach by an enamored fan -- who got carried away. For 10 years on every Halloween, his wife would conduct a séance hoping he would return. Finally, she stopped, saying 10 years is long enough to wait for any man.

Yes, the thrill of Houdini lives on at the Contemporary Jewish Museum in San Francisco through Jan. 16.

All photos taken by Harmon Leon.