I'm happy to have curated a show bringing together all of the faculty of Rome Art Workshops, a great group of artists. I know it's not possible for everyone to see the show so I wanted to bring you a virtual version.

The show is literally your invitation to come and join us this summer in Rome. The show is up now at the Q Art featuring the works of Michael Bergt, Brian Booth Craig, Sean Cheetham, Hollis Dunlap, Alyssa Monks, David Simon, Daniel Sprick and Marc Trujillo. The opening reception was Saturday, March 5th, if you're in the LA area, come by the closing reception on Saturday, April 2nd, the show will run through April 22nd. 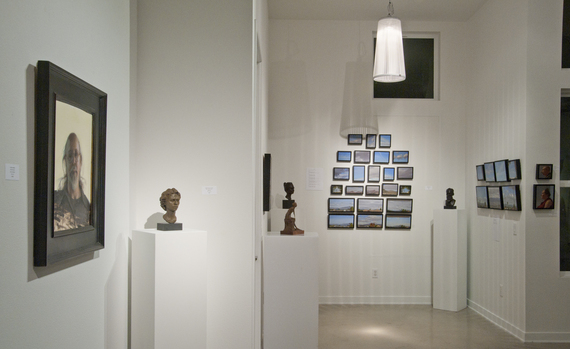 Mortality and the living voices of the past play a strong role in all of the artists' work in 'Hour by Hour'. All of these artists share a relationship with the great artists of the past, nourished and informed by it to make work in and of our time and they are all also teaching together at the Rome Art Workshops. Rome, the marrow of tradition in the visual arts, the finishing school of old masters like Velasquez and Rubens. This show both a gathering together of these artists and an invitation to Rome to study with them in the Eternal City. 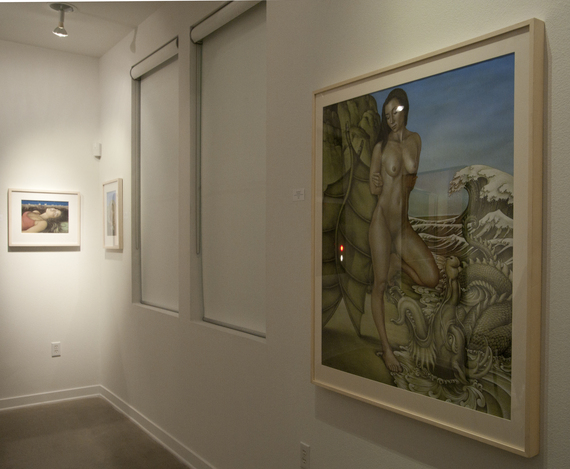 Michael Bergt's work is an embodiment of his fascination with the figure beautifully rendered fused with pattern and decoration. 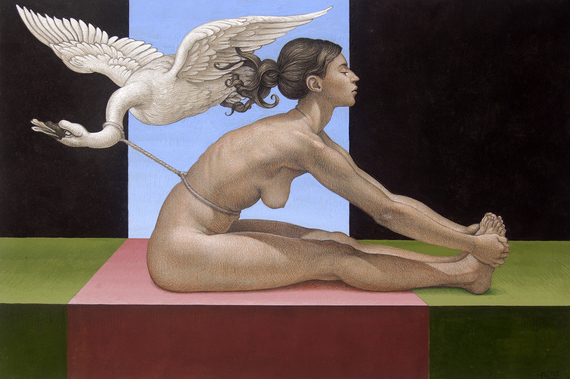 Michael has worked primarily in egg tempera for over thirty years. He co-founded The Society of Tempera Painters and served as the organization's president for twelve years. Working primarily with the human figure, Michael's paintings refer to a range of interests, including classical myths, sensuality, the human condition, and topical events. He is represented by Nuart Gallery in Santa Fe, NM. Michael will be teaching the 'Egg Tempera Painting Techniques' class. 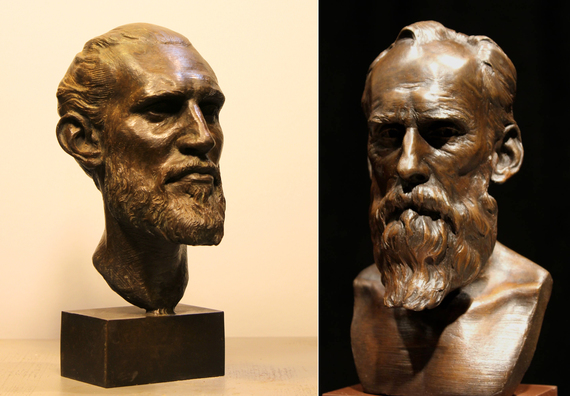 Brian Booth Craig's sculptures explore internal narratives, engaging the fabrication of personae through form and gesture. Brian was born in Pittsburgh, Pennsylvania. He studied fine arts at the Pennsylvania State University then continued his studies at the New York Academy of Art, where he received his Master of Fine Arts degree. 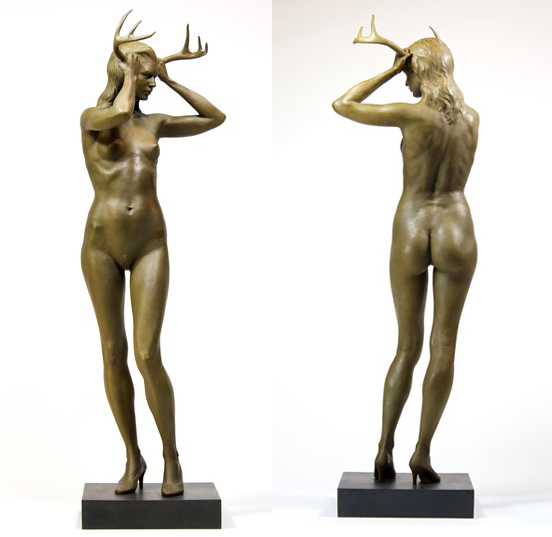 Brian exhibits his work throughout the United States and is represented by the Louis K. Meisel Gallery in New York, where he has an upcoming solo show and by the John Pence Gallery in San Francisco, CA. He has over ten years of teaching experience, and is currently Chair of the Sculpture Department at the Lyme Academy College of Fine Arts in Old Lyme, Connecticut. Brian and David Simon will co-teach Figure Sculpture and are co-owners and founders of the Rome Art Workshops. 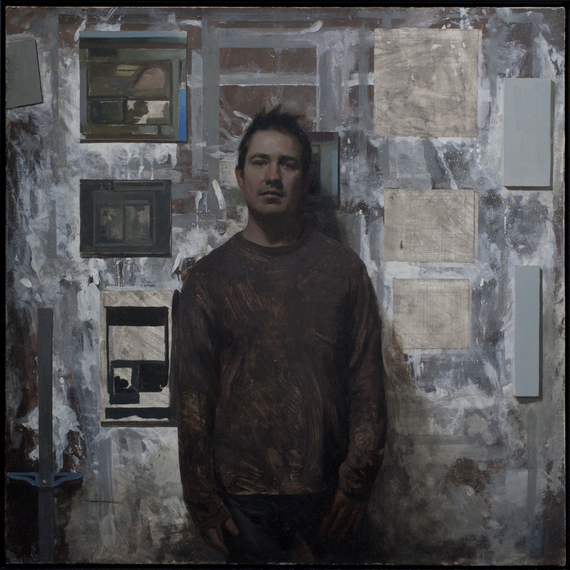 Sean Cheetham combines the rigor of superior draftsmanship, with lush surface treatments in both his painting and drawing. 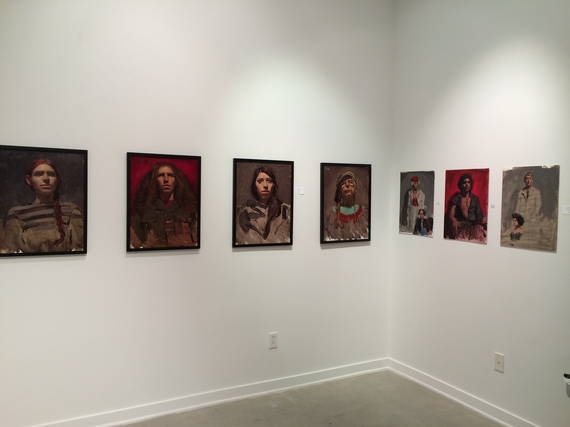 Alla Prima Portraits in oil and Acrylic by Sean Cheetham

Sean has a Bachelor of Fine Arts degree with honors from the Art Center College of Design in Pasadena, CA. He exhibited at the National Portrait Gallery in London in 2005 where he was included in the prestigious BP Portrait award show. His self-portrait "Champagne Wishes and Caviar Dreams..." is currently hanging in the National Portrait Gallery at the Smithsonian in Washington DC. Sean lives and teaches painting in Los Angeles. Sean will be teaching both the "Alla Prima Portrait Painting" and "The Portrait: Drawing to Painting" workshops. 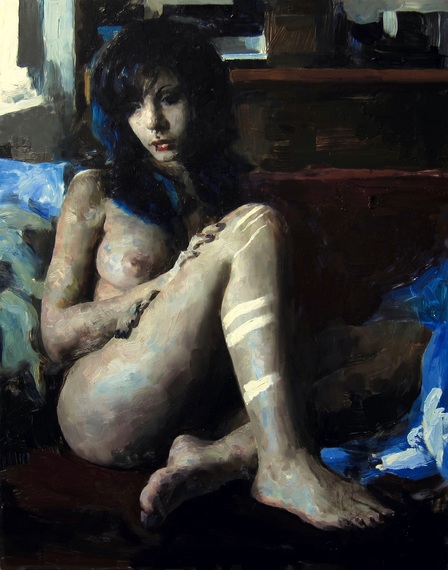 Hollis Dunlap was born in northern Vermont and is part of the emerging group of artists who painstakingly study the old masters such as Caravaggio and Vermeer while being fully informed by modernists such as Diebenkorn. The mixture of precise draftsmanship with spontaneous brushwork and contrasting areas of thick and thin pigments echo Dunlap's immersion of the classic and contemporary. Dunlap studied at the Lyme Academy College of Fine Arts where he received his BFA in 1999He is a 2 time recipient of the Elizabeth Greenshields Foundation grant and has had numerous solo shows in New York, Boston, San Francisco, and Miami. He currently paints and teaches at his studio in Southeastern CT. Hollis will be teaching the Figure Painting workshop. 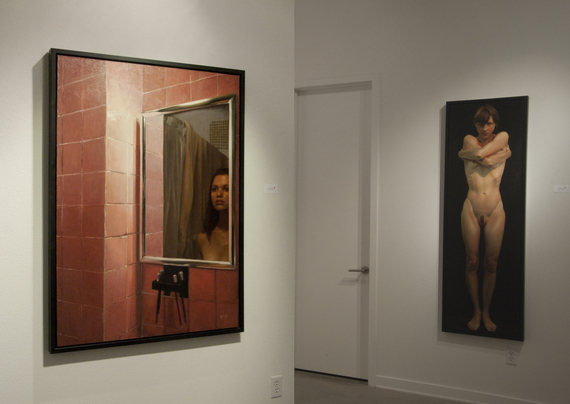 Alyssa Monks, as she puts it, "My intention is to transfer the intimacy and vulnerability of my human experience into a painted surface. I like mine to be as intimate as possible, each brush stroke like a fossil, recording every gesture and decision." Alyssa earned her B.A. from Boston College and she studied painting at Lorenzo de' Medici in Florence. She went on to complete her M.F.A at the New York Academy of Art, Graduate School of Figurative Art in 2001. She teaches and lectures at universities and institutions nationwide, and is an adjunct professor at the New York Academy of Art, as well as a member of the Board of Trustees there. She is currently represented by Forum Gallery in New York City where she has a solo show opening this month. Alyssa currently lives and paints in Brooklyn, New York. Alyssa will be teaching Painting; Transcending the Photo Reference" Workshop. 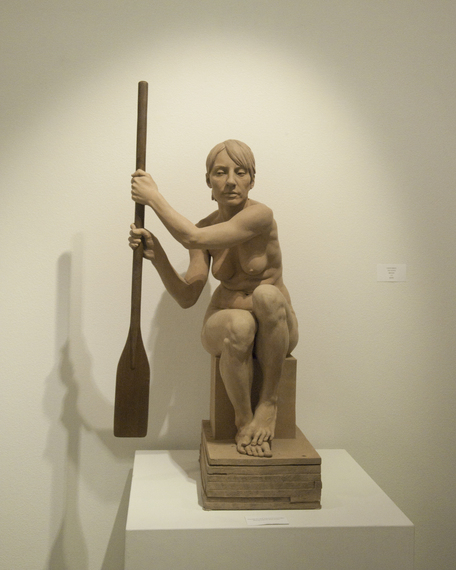 David Simon's thoughtfully crafted sculptures quietly point up the internal life of the figures he sculpts. The austere, modern dance-like gestures keep the emotional temperature at a low boil. David is originally from New York, currently living in Los Angeles. 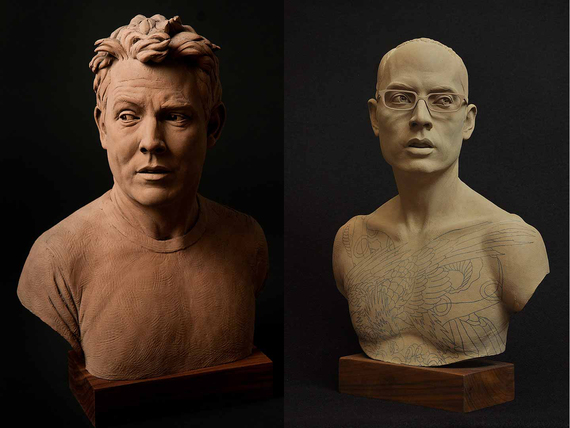 He attended the Rhode Island School of Design, Brown University and the New York Academy of Art's Graduate School of Figurative Art. He participated in the Rhode Island School of Design's European Honors Program and spent several years sculpting in Italy. He has taught sculpture for more than 15 years in New York and Los Angeles. He has exhibited his work extensively in the US, Canada and Europe. Selected exhibitions include David Simon:Dark Forest at the Long Beach Museum of Art, A Figural Presence at the Saint Anselm College Chapel Art Center and David Simon:New Sculpture and Re-Presenting the Figure I and II at Evoke Contemporary. David and Brian Booth Craig will co-teach the Figure Sculpture workshop and are co-owners and founders of the Rome Art Workshops. 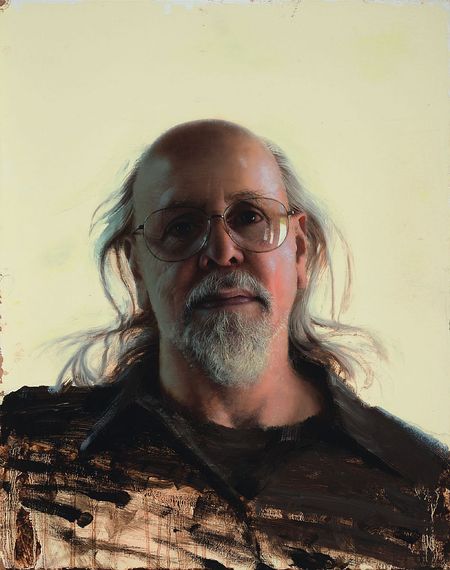 Daniel Sprick was born in Little Rock, Arkansas. He studied at the Froman School of Art, The National Academy of Design and The University of Northern Colorado, from which he received his B.F.A. in 1978. Daniel has had numerous solo exhibitions and participated in many group exhibitions. His work is exhibited in many private and public collections throughout the United States and abroad. Daniel also has extensive experience teaching painting workshops, covering a variety of subjects and media. Daniel lives and works in Glenwood Springs, Colorado. Daniel will be teaching the Figure Drawing workshop. 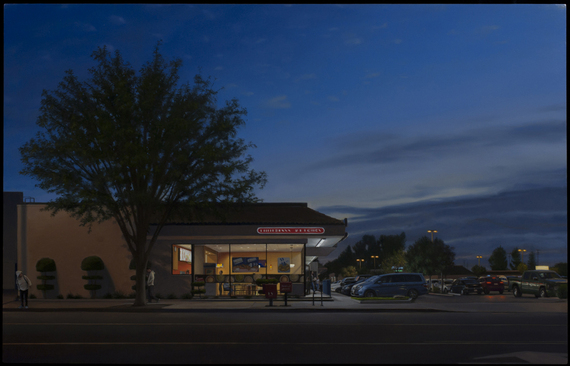 Marc Trujillo brings the old, slow, careful way of painting to bear on the world made to be passed through, primarily the purgatory of American urban and suburban landscapes such as gas stations, shopping malls, big chain stores, and restaurants. Originally from Albuquerque, New Mexico, he received his B.A. from the University of Texas at Austin and his M.F.A. from the Yale University School of Art. Marc received the Louis Comfort Tiffany Foundation Award, the John Simon Guggenheim Fellowship and the Rosenthal Family Foundation Award in Art from the American Academy of Arts and Letters. He has had many shows on both coasts in the U.S. and currently shows with Hirschl & Adler Modern in New York and Chis Winfield Gallery in Carmel. His work is in numerous public and private collections including the Long Beach Museum and the New Britain Museum of Art. Marc has taught painting for more than 15 years, has also taught and lectured at numerous institutions including The Getty Center in Los Angeles, Mount Royal School of Art in Maryland, and Boston University. 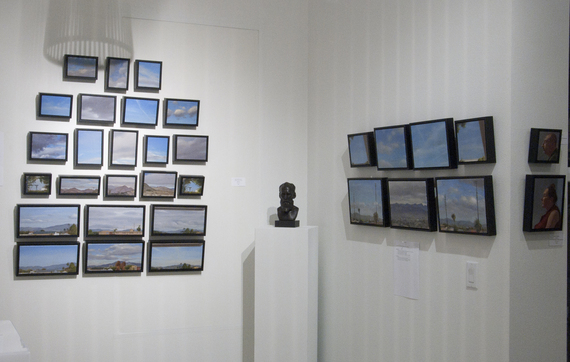 Plein Air Alla Prima Lanscapes with a couple of figure studies on the far right by Marc Trujillo with a Bronze Bust by Brian Booth Craig. This is what we'll be up to in the "Painting Rome' Workshop

Currently living in Los Angeles. Marc will be teaching the "Painting Rome" workshop -- a combination of working on site in Rome and from the figure in the studio.

Tours in Rome in addition to the workshops are integral to the Rome Art Workshops experience. Tours are the connection between making work in the studio and looking at great work in the piazzas, churches, museums and galleries of the city. 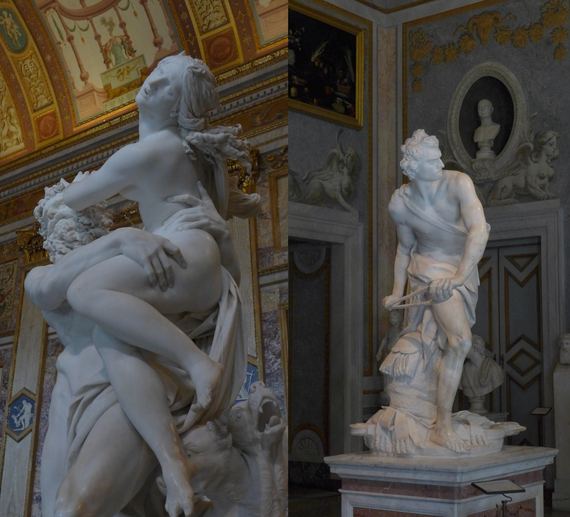 The tours we go on embody the ideals of artists. We select tour locations based on the content of the workshops as well as tours that will illuminate the neighborhoods where we are based. Registration for the workshops ends March 31st. We hope you can make it to the show and come join us in Rome!